This film plays like a very bad and very long episode of Sex and the City. Instead of realistic characters, authentic interaction and meaningful dialogue, a wishy-washy single girl, swans around New York, with not much to do and even less on her mind.

Lola (Greta Gerwig) is a 29-year-old woman who is engaged to her longtime boyfriend Luke (Joel Kinnaman). Just three weeks before the wedding, Luke has a change of heart and decides marriage is not for him. A desolate Lola turns to her female best friend Alice (Zoe Lister-Jones) and her male best friend Henry (Hamish Linklater) for support, while fending off unsolicited advice from her parents Robin (Debra Winger) and Lenny (Bill Pullman).

There is absolutely no one in this story to like. Lola is whiney and full of self-pity, so it’s impossible to care whether she gets herself together or continues to wile away her days eating potato chips. Luke doesn’t appear to be much of anything, and as the pivotal scene when he actually dumps his fiance is not shown, we learn little about him other than that he likes to cook. 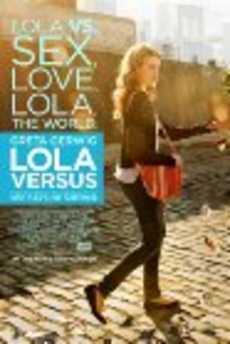 Alice is the cliched, outrageous best friend who can’t snag a man and who, of course, takes Lola out for the obligatory night at a singles club. There is an amazing lack of information about Henry, and his non-personality is completely overwhelmed by his out-of-control Beatle haircut. Lola’s parents are supposed to be ex-hippies, but as they own an upscale restaurant, it’s all rather contradictory and they appear as inauthentic as everyone else.

There doesn’t appear to be anything at stake for anyone in this film. Lola bemoans her lack of income, but all she has to do to become solvent is work part-time in her parents’ restaurant. This is hardly an obstacle for our heroine to overcomem but it’s as pro-active as she gets, apart from organizing a party in the park for the finale. Obviously, this event is set up so all the characters will be assembled together and, with no plot needing a resolution, it’s the perfect fluffy ending for a story that never gets going. This last setting is followed by Lola on her own, tottering on her high-heels, falling over, then picking herself back up. As a stunt by a non-stunt actor, it’s rather neat, but as a metaphor for the film, it sucks.

The script for this film was written by the director, Daryl Wein, and the actor who played Alice, Zoe Lister-Jones. Apparently, they’ve been an item for a number of years, and the two scripts they have written so far are based solely on their own experiences. Their next project is going to be another version of The Graduate, and has a working title of Motherf*****. This not only proves that the pair have extreme bad taste but also that neither Mr. Wein or Ms. Lister-Jones have an original idea in their collective heads.