This is a true story about divided loyalties, misguided love and the betrayed becoming the betrayer. It’s all played out against a backdrop of escalating political unrest in communist Poland in the 1960s and makes for compelling viewing.

The Polish government rule their country with an iron fist and are paranoid about the possibility of their citizens rebelling in a move towards democracy. They treat everyone with suspicion, in particular Jews and intellectuals who, they believe, will be the first to try and undermine their communist regime. Their security services are made up of men fiercely loyal to the party, one of whom is Roman Rozek. He is given the task of spying on Adam Warczewski, who is suspected of clandestine contacts with anti-communist Western groups. Rozek’s fiance, Kamila Sakowicz, works for the renowned writer and professor and Rozek has no compunction about enlisting her assistance. Kamila Sakowicz is at first reluctant but then becomes fascinated with playing the role of a spy and gives herself the code name Little Rose.

The tone of this film is set clearly and kept constant by the oppressive presence of the Bolshevik regime, whose influence is there even when they are not. The ominous clouds keep circling, reminding the citizens that they are trapped, and as Roman, Kamila and Adam weave their web of deceit they become more and more aware of the eyes that never stop watching. 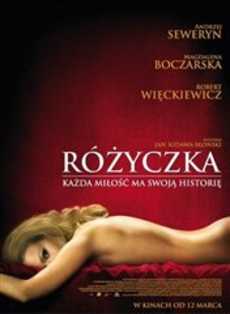 The characters are real, as is most of their interaction, but it’s difficult to accept the relationship between Adam, who is a little doddery and in his sixties, and Kamila, who is in her early thirties and quite beautiful. Also, the film starts with a funeral and then we flash back, but when the story ends we never revisit the beginning and instead scenes are played out that are a little ambiguous and create a question about Kamila’s true feelings that make her less likeable.

It’s clear that communist regimes exist so they can retain complete control over their citizens but, in the end, what do they get out of it? Extreme wealth from corruption, of course, but leaders in the democratic world do just as well for themselves from the power that their position emanates. And as for the citizens, they are allowed to earn as much as they want, then the government seize it by way of federal, state and city taxes, crippling healthcare costs and exorbitant fines for anything that is deemed to be illegal. It’s just so much more civilized than the Bolshevik way and the democratic politicians, of course, save themselves all the trouble of witch hunts and having to micro-manage millions of people, leaving them more free time to play golf and write their memoirs.