The mention of Hugh Hefner conjures up visions of an aging Lothario in a silk smoking jacket, surrounded by bunnies, hosting extravaganzas in his ostentatious mansion.

What is lesser known is that the Playboy King is a life-long philanthropist, with a deep-rooted sense of fairness, who is compelled to save anyone who has suffered a social or judicial injustice and who faces off political intimidation with the same stare that Clubber Lang used on Rocky. How cool is that?

The goal of this documentary is to show the impact that both Hefner and his revolutionary magazine had on America in the 50s. There are interviews with legendary musicians, actors, filmmakers and religious leaders as well as unknown employees and enemies. 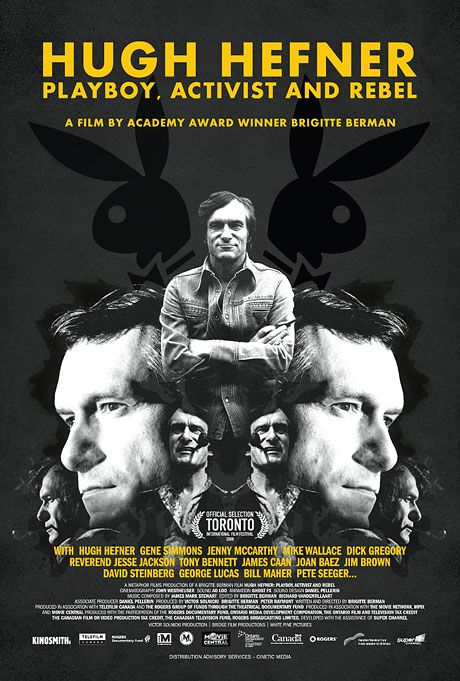 While broad strokes drive the Playboy story, time lingers as a stand-up comedian tells us how he couldn’t get a gig because of the color of his skin until Hef opened his first Playboy Club. It’s this kind of avant-garde behavior that got Hef onto the FBI Enemy List during more than one Presidency. There is, of course, an interview with a raging feminist and it would have been a lot easier to take her seriously if she had only worn a bra.

Like all great business visionaries, Hef ignored the facts and borrowed money to produce his first Playboy publication. He is matter of fact about his empire’s spectacular success, bemused by the political traction, dismissive of the press and completely passionate about his country and, more importantly, his countrymen. When he mutters that he had the same dream as Martin Luther King, you know it’s true.

So does this documentary smoke out the real Hugh Hefner? Only as much as he wants it to. His total commitment to work and altruism have clearly left him little time to develop the emotional side of his life and, for the most part, he has relationship surfed, courtesy of an endless supply of bunnies.

This may seem superficial to some, but others (OK, every guy in the world) can only watch in awe, not least because, at the age of 84, this American icon could still do with having his bedroom fitted with a revolving door. Go, Hef, go!