With film fantasy that is less mystifying than the tonnage of plot threads shoehorned into the movie, Harry Potter And The Half-Blood Prince favors mood over meaning, and basically asks viewers to just go with the flow and forget about the destination. There’s also a bit of grossout lite at work here, as the perpetually famous teen wizards negotiate their hocus pocus raging hormones. And while succumbing to the temptations of all sorts of uncontrollable substances, that could give the pharmaceutical industry some serious competition.

Director David Yates and screenwriter Steve Kloves team up for substantial cinematic alchemy of their own, as intrigue involving the Death Eaters and intermittent suspect villains, matriculated and otherwise, collides with romantic obsessions brought on by aphrodisiac potions that might be characterized as teen Viagra. Meanwhile, a more serious-minded Harry dodges female infatuations while on a more serious mission to save the planet, or something like that. 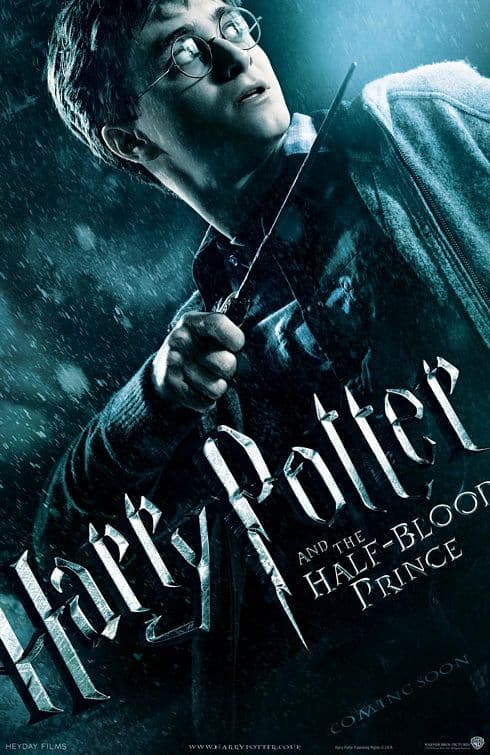 Vagabonding through time and even stopping by a coffee shop in the here and now where he’s thrilled to be hit on by a provocative waitress, Potter joins up again back at Hogwarts with his telepathic posse in this coming of agelessness new adventure. Between bouts of perpetual teen angst and lovesickness, dark forces penetrate the premises while the students experiment with various vials of wishful thinking tonics. And as an amalgam of mystical moments kicks in, both real and hallucinated, subplots borrowed from every genre imaginable, including teensploit, occult, biblical and sci-fi horror, enter the mix. There are also occasional humorous surprises on hand, such as time out for a little supersonic airborne soccer on broomsticks, and apparently without benefit of steroids

Steeped in surreal visuals, magical animate objects, and intense, both moody and mood altering gothic atmosphere, Harry Potter And The Half-Blood Prince is magnificent to behold, but little else. And with a hopelessly convoluted, occasionally Superbad noir busy plot that is simply too secondary for its own good.