More fascinating for its eccentric, appealing characters than a narrative on the rather sedentary side, Gigantic coincidentally enough, unfolds around a mattress store. Primarily sitcomish but with sufficient episodic charm to keep it afloat, Gigantic never quite falters, courtesy of the quirky charisma of its characters.

Paul Dano does his usual stressed out loner thing here as Brian, an under-enthused salesman at an overpriced Swedish boutique mattress store located in a contrasting dingy loft. When gruff, fairly gigantic hypochondriac plutocrat Al Lolly (John Goodman) shows up to purchase one of those upscale mattresses to soothe his ailing back, Brian encounters Lolly’s even more peculiar daughter Happy aka Harriet (Zooey Deschanel). And the two are soon involved in an on-again off-again sorta romance. 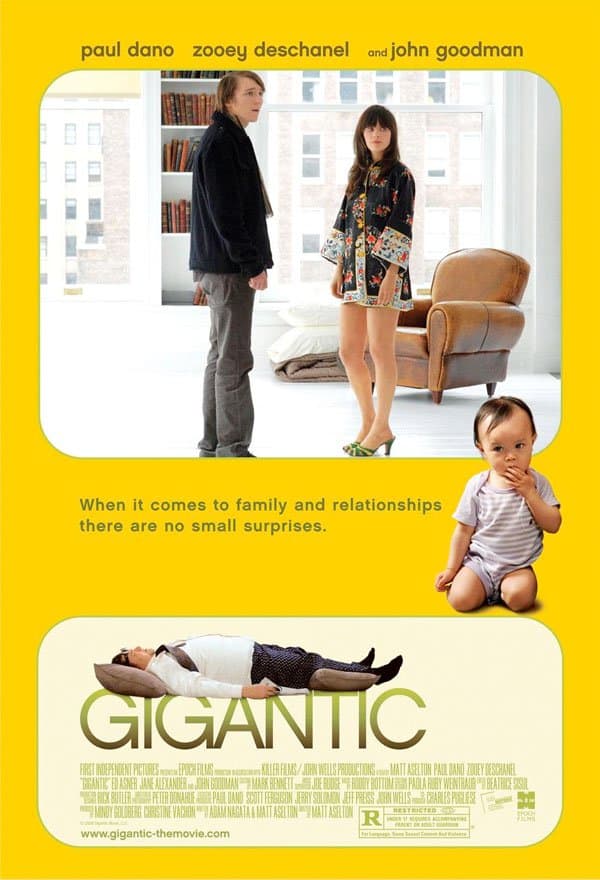 While Gigantic mainly engages in gabby exchanges to move the lethargic proceedings along, there are also a number of humorous but disconnected narrative threads which fragment an already sluggish story – and which presumably has nothing to do with those aforementioned inviting mattresses. These puzzling detours include a really angry homeless man who keeps beating up Brian for no apparent reason – though who knows if it has something to do with not owning a mattress; his dad (Ed Asner) serving up wild hallucinogenic mushrooms for family dinners; and Brian’s longstandiong obsession to adopt a Chinese baby and embark on life as a single dad.

Gigantic is best appreciated for its kooky cast chemistry. But the story like the lure of those plump orthopedic mattresses in stock, is essentially a painless snooze.