This much is clear, on May 18th, 1997, Billy Crowder and John Stanton entered the bedroom of Thurman Martin, Billy’s maternal granddaddy, and shot him to death with a 22 rifle as he slept. Then they wrapped him in a shower curtain and buried him in the backyard. In order to cover up what they done they planted tomatoes on top of him to account for the fresh dirt. As an afterthought, Billy had taken Thurman’s wallet and used the money to pay some bills.

This action would prove to be Billy’s fatal flaw. They made it seem like the grandfather had disappeared. Katie Crowder, Billy’s sister, had cleaned up the bedroom, wiping blood off the walls. This case would become known as The Tomato Patch Murder, since the disposal of the body involved the planting of tomatoes on top of the grave. 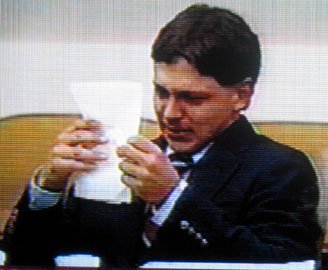 A random stack of hand-written notes, trial transcripts, and Polaroids rested quietly on a tabletop in a corner of my room. I had done my research well, yet how could I organize this data in such a way so that people could make sense of it? Troubling too was the fact that there were many things about this case that were unknown to me. The biggest one was the question of who Thurman Martin really was? Why was Thurman Martin such a despicable person? Why was he the perfect bastard towards his own wife, his own daughter, and his very own grandkids? 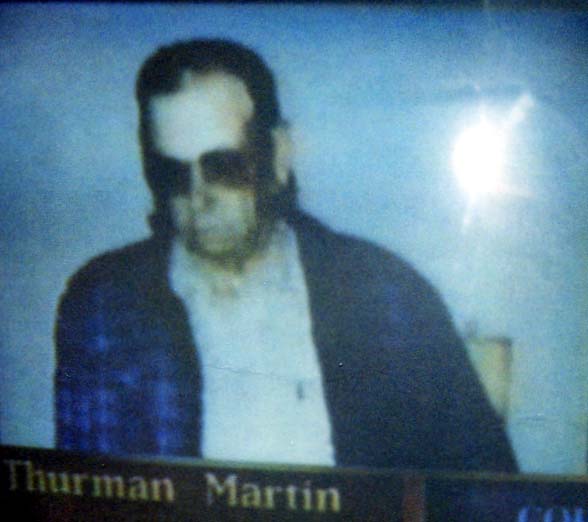 Much of it was coming back to me now. I had been searching frantically for a photograph of my yellow Mustang to share with a friend. Over the holidays I found a musty archive box with some forty unlabeled VHS tapes in the closet. I carried the archive box over by the TV and put the first tape I could grab in my Sanyo player, just out of curiosity. Gradually, it came back to me just what I was watching. This was the Tomato Patch Murder Trial on Court TV, with the familiar face of Dan Broden as your host.

The main focus of this case is on Thurman Martin, a retired truck driver, husband, father, and ‘good old boy’ from the small town of Ludowici, Georgia. He had one other character trait also, he was an abuser, chronic and violent. Thurman abused his wife, Lula, for a lifetime. He hated her with a passion and beat her repeatedly, right in front of his grandchildren, Billy and Katie. The abuse spread to his grandkids, and over a span of time I intend to detail for you many of these sorted events. As far as motive goes, Billy Crowder felt as if he had no choice but to take the life of his granddaddy. The reprehensible pattern of behavior would not seize until Thurman Martin was stone dead. 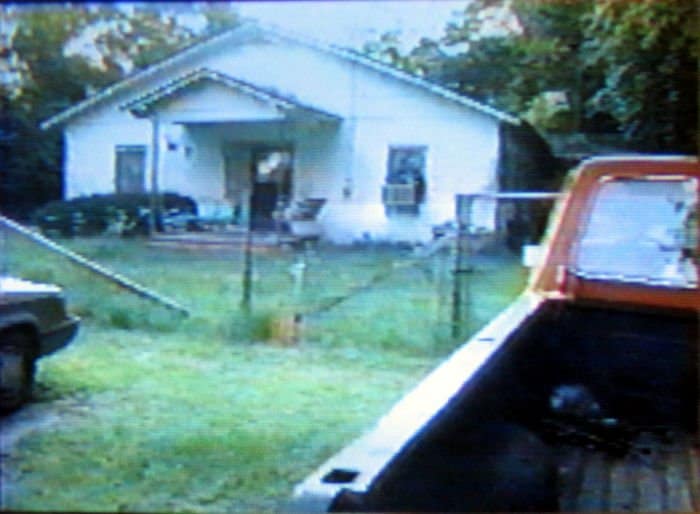 So ten years have passed by since The Tomato Patch Murder Trial was broadcast on Court TV; that was January of 1999. It was my habit at that time to tape record many shows that I deemed worthy for future reference. In the back of my mind I recognized the remote possibility that some of these tapes may come in handy one day. I believe that it has come to pass now. I watch this fragile VHS tape over and over again. I am reviewing the evidence for something I may have missed, a tiny speck of evidence that may have been carelessly overlooked. I didn’t want to take that chance. Good God, one thing is for certain, Billy Crowder might well spend the remainder of his life in jail for what he’s done. We can surely afford to be critical of the case made by the state of Georgia, and contemplate the worthiness of incarceration a s the only option on the table for this young man.

I meandered over to the research table with the stack of Tomato Patch evidence again. I recalled all the labor involved in compiling this data. But I also saw shortcomings. A visit to Ludowici is necessary. Interview witnesses, attorneys, family members, and friends, if possible. I hadn’t seen the crime photos either. I feel a need to share what I do have with you. This will improve the process. I will release it little by little, in parts, or chapters. Serialized, you see. Truman Capote had done it this way in his book In Cold Blood. If there are flaws, let me know. If Thurman Martin was as bad of a man as I suspect he was, then maybe more facts should be disclosed about his life to fill in the picture.