Heidi Ewing and Rachel Grady are a couple of inspired filmmakers who have kept their finger on the pulse since founding Loki Films a decade ago. Among the frequent collaborators’ timely offerings are such critically-acclaimed documentaries as Oscar-nominated Jesus Camp (2006), the NAACP Image Award-winning The Boys of Baraka (2005) and the Peabody Award-winning 12th & Delaware (2010).

The talented pair’s latest tour de force is Detropia, a pessimistic expose’ chronicling the blight which has permeated Detroit, an enveloping decay heralding the perhaps impending demise of a once prestigious metropolis. Whether a cautionary tale or already a post mortem, the picture is most reminiscent of Michael Moore’s Roger & Me (1989). 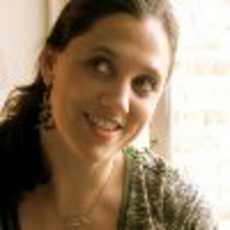 However, instead of searching for a missing, Michigan auto industry executive responsible for outsourcing, Ewing & Grady simply sought to preserve for posterity stark images of a ghost town resulting from callous, corporate cost-cutting measures. Detropia carefully constructs an impressionistic cinematic collage of a disturbing dystopia, alternating back and forth between arresting tableaus of an aging, urban exoskeleton and the plaintive laments of citizens swept up in a desperate struggling for survival.

For instance, we learn that so many manufacturing jobs have been downsized that half of Detroit’s population has disappeared into thin air. Consequently, it is easy to find entire city blocks virtually abandoned, where only a handful of homes remain occupied.

Exasperated Mayor Dave Bing, a former NBA star with the Detroit Pistons, freely acknowledges that he has 40 square miles of vacant land on his hands. And equally-frustrated George McGregor, President of a United Auto Workers Local 22, finds himself stuck between a rock and a hard place trying to negotiate with a multinational company more than willing to relocate union jobs to Mexico.

Still, not all have lost hope in the midst of the misery. Consider the pranksters who altered the sign above a shuttered “AUTO PARTS” store to read “UTOPIA.” Then there are the picketing, performance artists dressed like decadent 1%ers who satirize the rich by demanding money of perturbed passersby.

A simultaneously surrealistic and sobering warning that the Motor City’s host of woes might be coming soon to a town near you.

To see a trailer for Detropia: