The Kingdom is the Melbourne underworld and the Animals are the armed robbers who inhabit the terrain. Its set at a time when Melbourne criminals are becoming TV Reality stars and the Armed Robbery Police Force are shooting suspects on sight. It’s down and dirty and we only hear it from the bad guys’ side which is the right place to be because when the hunter becomes the hunted we want to get as close as we can.

Josh is 17 when his mother takes a fatal overdose of heroin. At the time she is estranged from her own mother but, despite this, Josh’s grandmother welcomes her grandson into her home. He is also welcomed by his three uncles, none of whom ever leave the house without a gun and they are becoming increasingly anxious about the police surveillance vehicle parked outside their front door. They’ve always been smart enough to avoid arrest but now, like the rest of Melbourne’s criminal fraternity; they’re spooked by recent police vigilante tactics and are sitting it out until the law reins in the law. Josh lives in the midst of this sub-culture and his very presence makes his inclusion in their world implicit. 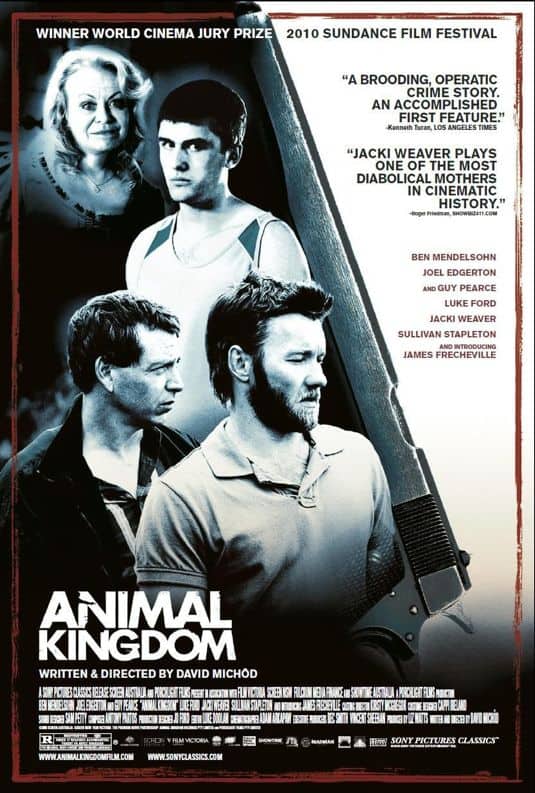 The opening scene shows Josh watching a TV Reality show with a woman on the couch next to him. She appears to be asleep and it’s not until the paramedics arrive and Josh announces that she has overdosed on heroin that we realize there is something wrong. He is totally calm and continues to watch TV even as the paramedics try to revive her. This could be taken for callous but as we get to know Josh we realize that’s not the case and what we are really being told is that this boy has been in the same situation a million times before, thus giving us the emotional information we need to get inside Josh’s world and let him take us on his journey. That’s very clever storytelling indeed.

The end, however, does become complicated, or perhaps convoluted, or you could call it just plain confusing but, when you think about it later, it will all probably fall into place. But should we really have to work that hard when we go to the movies? There’s nothing better than an ‘ah-ha’ moment but better in the theatre than on the walk back to the parking lot. Methinks maybe the filmmakers got a little too clever this time.

So what does this film have to say about the police taking out villains who they think will escape the judicial system, and Melbourne allowing criminals to become media darlings? As regards the former, and avoiding spoilers, this is definitely not a story Hollywood would dare to get away with and, as regards felons appearing on TV, if they have what it takes to become celebrities, then so be it, but they’d have to make it past quite a few AK 47s first.