This is a high-octane action film about global terrorism, a drug dealer, a kidnapped CIA agent and a company of active-duty real-life Navy Seals. However badly constructed the story is, and it’s really bad, it’s worth watching just to see these guys in action. Apart from being swash-buckling, valiant, and sharp as tacks, they’re all super-cool, burly and really, really hot.

A female CIA operative is kidnapped by a group of international terrorists and the task of rescuing her is given to an elite team of Navy Seals. Their mission is a success, but when they return with the woman they also bring evidence that a series of terrorist attacks are planned that will devastate entire U.S. cities. The same Seals are then given the mission to destroy the cell from which this threat is emanating.

So do the Seals manage to pull off their first ever acting gig? Hell, no, but the dialogue is so bad no one could have put in a good performance, so it doesn’t really matter. The two lead Seals (whose names aren’t being made public for security reasons, although their faces are) spend an inordinate amount of time chatting and sound more like middle-aged lady librarians than the warmongers they actually are. The rest of the non-action parts of the storytelling are equally flawed, with the first 15 minutes spent flailing around, setting up cheesy storylines and plot minutiae that are explained through reams of dialogue that confuse more than clarify. 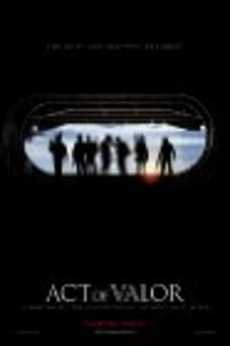 Before the actual film starts, there’s an introduction by the Director explaining that he used real Seals because he didn’t think actors would be capable of playing their roles. Therefore, using this analogy, John Wayne should never have played a cowboy and the drug dealer and Jihad terrorist who co-star in this film should also have been the real deal, which they’re not, so it makes no sense. But what does make sense is if the director realized the script he had was pretty lousy and the only way to save it was to use a gimmick, such as getting the most exalted team of men in the world to shine up their boots, grab their weapons and head for Hollywood.