Lorraine Hansberry’s (1930-1965) “A Raisin in the Sun” was the first play written by a black woman ever to open on Broadway. It takes its title from the opening line in “Harlem,” a poem by Langston Hughes which poses the question “What happens to a dream deferred?”

The original theatrical production debuted on March 11, 1959 and starred Sidney Poitier and Ruby Dee. Its semi-autobiographical storyline was loosely based on real-life events which unfolded in Hansberry’s own family back in the Thirties. At the time her parents had been met with pure hatred after purchasing a home in a lily-white, Chicago enclave.

In her memoir, “To Be Young, Gifted and Black,” she recounted how her dad, determined to integrate, ended up spending a small fortune in legal fees trying to remain there, despite the fact that, on a daily basis, “hellishly-hostile” howling mobs surrounded our house My memories of this ‘correct way’ of fighting white supremacy in America include being spat at, cursed and pummeled in the daily trek to and from school.” Hansberry also describes her “desperate and courageous mother” staying up all night with a loaded gun, “doggedly guarding her four children, while my father fought the respectable part of the battle in the Washington court.” 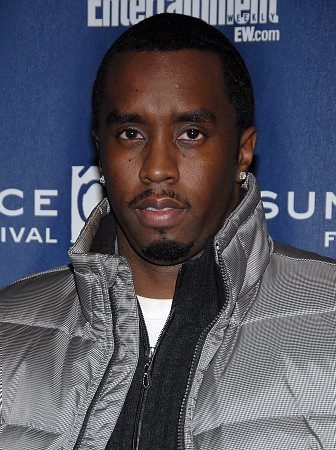 That case, Hansberry v. Lee, would make it all the way to the U.S. Supreme Court, which struck down restrictive covenants when it ruled on November 13, 1940 that whites could no longer rely on restrictive covenants to bar African-Americans from living in their communities. But despite the landmark decision in their favor, without police protection, the Hansberrys would remain subject to continued mistreatment by racist neighbors determined to make their lives miserable.

“A Raisin in the Sun” focuses on a fictional family named Younger with dreams of moving out of the ghetto but still living in a dilapidated tenement on Chicago’s South Side. A Broadway revival in 2004 featured Sean “Diddy” Combs surrounded by Phylicia Rashad, Audra McDonald, Sanaa Lathan and Bill Nunn. That talented ensemble has been reassembled for this moving made-for TV version.

At the point of departure, we meet Walter, Jr. (Combs) a hard-working 35 year-old chauffeur in the process of assuming the role of patriarch of a family comprised of his pregnant wife, Ruth (McDonald), his son, Travis (Justin Martin), his exhausted, domestic servant mother, Lena (Rashad), and his sister, Beneathea (Lathan), following the death of his father. The plot revolves around the question of how Walter. Sr.’s life insurance proceeds ought to be spent.

Grandma thinks they should use the $10,000 to buy a home in a white neighborhood, since the five of them are currently cramped in a rundown, roach-infested apartment. College student Beneathea wants some of the money to pay for med school, while ambitious Walter would like to invest in a liquor store with his pal, Bobo (Nunn), and smooth-talking Willy (Ron C. Jones). And when Lena hands the check over to her son as the new man of the house, it’s just a matter of time before she comes to regret that ill-advised decision.

Helped immeasurably by his principal cast of his talented co-stars, Diddy comes of age as an actor here, delivering a memorable performance in an African-American literary classic of Shakespearean proportions which proves to be every bit as relevant today as the day it was first staged.

A Raisin in the Sun

A Raisin in the Sun will premiere on ABC-TV at 8 PM (EST) on Monday, February 25th. (Check local listings)