The Proposal (PG-13 for profanity, nudity and sexuality) Sandra Bullock and Ryan Reynolds co-star in this romantic comedy about a high-powered book editor who impulsively pressures her long-suffering assistant into pretending they’re engaged in order to prevent immigration officials from deporting her back to Canada. Supporting cast includes Betty White, Michael Nouri, Mary Steenburgen and Craig T. Nelson.

$9.99 (R for profanity, sexuality and nudity) Stop-action puppet show, set in Australia, takes a satirical look at an unemployed, 28 year-old’s (Samuel Johnson) search for the meaning of life as he crosses paths with an array of eccentric neighbors at his apartment complex in Sydney. With voiceovers by Geoffrey Rush, Anthony LaPaglia and Henry Nixon.

Dead Snow (Unrated) Horror comedy, set in Alta, Finnmark, about eight med students whose Easter vacation turns into a nightmare when they find their ski lodge is surrounded by an army of Nazi zombies. Cast includes Vegar Hoel, Charlotte Frogner and Bjorn Sundquist. (In Norwegian with subtitles) 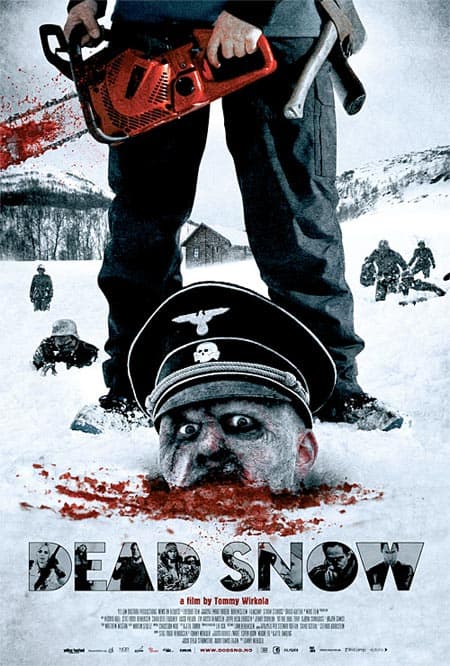 D.J. Spooky’s Rebirth of a Nation (Unrated) Cut-and-paste remix of D.W. Griffith’s 1915 classic courtesy of a hip-hop artist who reworks the controversial Civil War saga into a thought-provoking cinematic collage.

The End of the Line (Unrated) Climate-change documentary making a chilling wake-up call about the devastating ecological impact of over-fishing on the Earth’s oceans leaving numerous species of marine life near extinction.

Under Our Skin (Unrated) Lyme Disease is the subject of this dramatic expose’ detailing the untold story of how the corrupt medical system has failed to address one of the most serious epidemics of our time.

The Windmill Movie (Unrated) Posthumously-produced autobio-pic examines the last 20 years in the life of Harvard University’s Dick Rogers (1944-2001) as edited by one of his students from reams of footage the hedonistic film professor shot of himself.