Joe Mantegna is one of the most widely respected actors in the world. A master and legend of stage, film, and television, the Golden Globe nominated, Emmy Award and Tony Award winner with a Star on the Walk of Fame, Joe Mantegna personifies-like the city of Chicago he hails from-toughness, hard work, no nonsense, and getting the job done. With film credits to his name including the classic thriller ‘House of Games,’ ‘Godfather Part III’ with Al Pacino, ‘Suspect,’ with Cher, ‘Bugsy’ with Warren Beatty, ‘Forget Paris,’ with Billy Crystal, ‘Up Close and Personal’ with Robert Redford, ‘Celebrity’ with Woody Alan, ‘Body of Evidence’ with Madonna, and much more, Joe Mantegna has not only worked with the greatest screen actors in the world, he is himself equally one of the greats.

In television, Joe Mantegna has starred in ‘Joan of Arcadia,’ ‘The Starter Wife’ which he also produced, ‘The Simpsons’ as the voice of the legendary ‘Fat Tony,’ and of course, ‘Criminal Minds,’ among many more-which, like ‘The Simpson’s,’ is one of the most successful shows on television. On stage, Joe Mantegna has conquered Broadway, starring in ‘Speed the Plow,’ ‘Glengarry Glen Ross’ by his legendary play write friend David Mamet, and ‘Hair’ which launched his career, among many more. 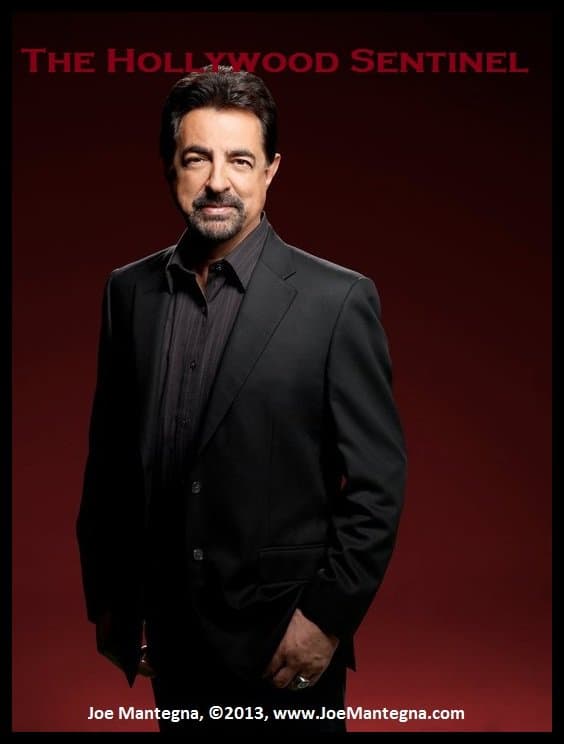 In the field of music, Joe Mantegna has rocked with the best in the band called ‘The Apocryphals’ where he and the band once opened for Neil Diamond. With over 200 credits to his name, one can get lost in Joe Mantegna’s work. With fans around the world, the many who know and love his artistry have come to know and expect a certain quality, skill, and aesthetic with which he lends to a creation. One can safely look at a show and say, ‘Well, it’s got Joe Mantegna in it’s got to be pretty good and worth seeing.’ And so it is. It was my great pleasure and honor to conduct an exclusive interview with the legend himself-Joe Mantegna, here below. In addition to being a fan of Joe Mantegna-the actor, I am now furthermore a fan of Joe Mantegna- the person. Read on, and I trust you will feel the same.

To read part 1 of this interview from our last issue, click here:

Joe Mantegna: Well I think part of it comes from the fact that (…) I get a little nervous about groups of anything but one or two people-organized anything. Whether it’s religious, or whether it’s political, in the sense that I like the idea of, you know, once you align yourself with a group, then you’re aligning yourself with everything about that group. (And I have not found) (…) that many groups that I can whole heartedly say, ‘Oh yeah, I agree with everything they’re about.’

Joe Mantegna: I like to lean more one direction than another. But my feeling is why do I need to, why should I bother, I understand, unless the only times I feel we collectively need to do things together as a group, with things of massive importance. World War II, it was important to collectively-we as a group fought Nazism and Fascism, we had to. But beyond that, whether or not I’m a Republican or a Democrat, between them (…) why do I have to pick a choice between-in essence, certainly the two major choices in this country between one political party or another? In other countries, you know they’ll have like fifteen different political parties to choose from (…)

So my feeling is like look, especially being an American in this country, we have a lot of people throughout history who died, to give us freedom, to be free. To be independent. To have the ability to choose the religion you want. To be able to vote the way you want. So, out of respect for them, I choose to be totally independent in my thinking. And so if I want to vote for so as so as a Republican on this particular thing, or so as so as a Democrat to do this differently, that’s my prerogative. I don’t want to be put into a club or a group and aligning-that’s why you never even see me go out and funding for a political party, or a even a political person per se. Yeah I may particularly like this person, but I’m not going to say, ‘Go and vote this ticket, or that ticket.’ If you ask me, I’ll tell you who I like, but I’m not going to use it…Because I have a public sphere, I know I’m in a profession that gives me an advantage. You know, you’re interviewing me today, instead of ten thousand other people walking the streets. Why should I have more power than they do?

Joe Mantegna: Well (…) you know I have a daughter with autism first of all, that’s no secret, she’s twenty five years old now, and she was diagnosed with it at a time when autism wasn’t getting nearly the attention that it does today, probably because the prevalence of it was not as great as it was today. It’s certainly getting more attention now than before, but, again, I feel that, these are the cards that my family has been dealt, you know, and everybody has a story, and nobody gets a free ride in this life, so my feeling is that I have been in a profession where I can get the care and support, and use whatever publicity type power I have to bring attention to things, and so for causes like that-be it autism, be it things with the military which is another thing I am active with-different charities-Barbra Sinatra is a very dear friend of mine, she has a children’s hospital out in the desert that I’m a supporter of.

So I mean these are all good causes, so if my attachment to it-you know when we were talking about groups, that’s true, but in this particular case, you know we’re talking about charitable works that can help people’s lives-children’s lives, to me that’s a no brainer. Why wouldn’t you kind of encourage people to get involved with that? So that’s all that is. But to me, what I do is insignificant compared to people that labor at that 365 days a year. I mean for me to put my face on a charity golf tournament or give a quote some place, that’s one thing. But somebody else who really spends a lot of time and effort, and expense doing it, and gets no recognition for it, they deserve the praise for it-not me. 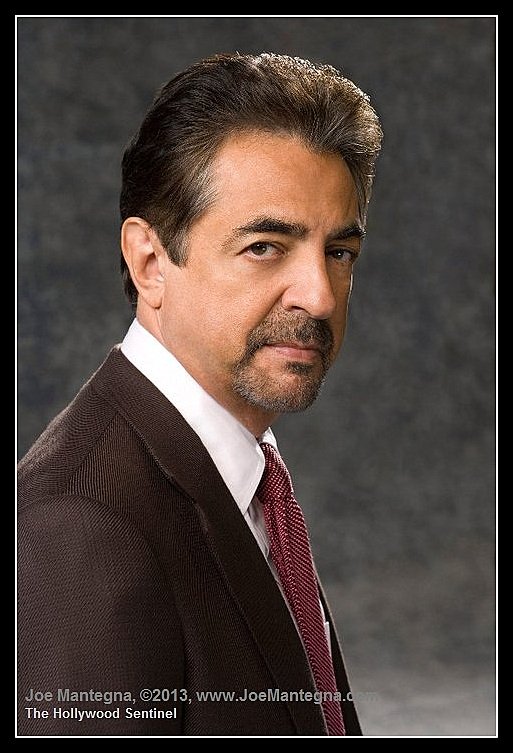 Joe Mantegna: Well here too, I was exposed shooting sports; I was basically almost out of my teens. My father grew up on farm, so he was exposed to all of that at a much younger age than I ever was, because I grew up in the city, so, it was a later date, but I learned fairly early on though you know- and like you said, it’s kind of controversial. In my mind, it shouldn’t be. Because my feeling is-it’s a hot button issue, but it’s only because it turned (in to) it. You know, I am a strong advocate of the Second Amendment.

Constitution of The United States; Bill of Rights, Amendment II:

“A well regulated Militia, being necessary to the security of a free State, the right of the people to keep and bear Arms, shall not be infringed.”

Joe Mantegna: My feeling is, it’s an amendment to the Constitution, and people that wrote the constitution were not idiots-to me. If you look at our constitution, it’s one of the most incredible documents ever written in the history of man, and if people, sometimes they will instantly go to a kind of a negative connotation of something, without necessarily looking at the big picture, my feeling is, the way it was intended, the ability and the right to keep and bear arms, nobody is saying hey, everybody in the United States should run out and buy a gun and every kid should have one and stick it in his lunchbox and run around and play cowboys with it, no, what they’re talking about is about the right of a free people, as we are-indeed in many ways more than many countries on this planet-should have that ability, you know as much as we think, ‘well you know, we’re always gonna’ be a free nation and not have to worry about tyranny and dictatorship and all…’

To read the rest of this full interview, including part 1, visit The Hollywood Sentinel at the link below.

To learn more about Joe Mantegna and his work: