Christopher Brian Bridges was born on September 11, 1977 in Champaign, Illinois where he began rapping at the age of 9 and formed his first musical group a few years later. While in his teens, his family moved to Atlanta where he attended Banneker High School before majoring in music management at Georgia State University.

He later worked at a local radio station as DJ Chris Lova Lova until adopting the alias Ludacris to perform on Timbaland’s track “Phat Rabbit.” He subsequently launched his own career in 2000 with the release of the album “Back for the First time,” following that up a year later with “Word of Mouf,” and the rest is history.

The six-time Grammy-winner is not only a hip-hop icon, but also an entrepreneur, philanthropist, restaurateur, pitchman, columnist, and of course a gifted actor. He parlayed appearances on the NBC drama “Law and Order SVU” into major motion pictures roles in such hits as the Academy Award Best Picture-winning Crash and the critically-acclaimed Hustle & Flow. 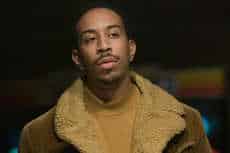 As partners with Chef Chris Yeo in Straits Restaurant, Ludacris offers Thai/Singaporean cuisine in the heart of downtown Atlanta. Plus, he has a couple of online ventures: WeMix.com, a social networking site aimed at showcasing and developing artists, and Myghetto.com, which serves as a MySpace for the hood.

Keenly aware of the less fortunate, Luda established the Ludacris Foundation which is already in its seventh year of operation. Thus far, the non-profit organization has donated over a million dollars to organizations that assist underprivileged children. The Foundation’s aim is to help kids help themselves by using music and the arts to inspire them to develop goals and then work to achieve them.

Here, Ludacris discusses all of the above, as well as his new film Gamer, a sci-fi adventure co-starring Gerard Butler, Kyra Sedgwick, Terry Crews and Amber Valletta.

Ludacris: What up, Kam?

Kam Williams: Hey, Luda, thanks so much for the time.

L: Man, in picking movies, I always look at all the elements before making a choice, from reading the script to seeing who else is in it to who produced it to who’s directing. The opportunity to work with Gerard Butler was definitely a plus. I’ve been a fan of his especially because of the movie 300. And I also wanted to work with the guys who wrote and were directing it, Mark Neveldine and Brian Taylor.

KW: Yeah, they made Crank which was quite impressive, a non-stop, adrenaline-fueled, roller coaster ride.

L: Exactly. I made my decision based on that. In addition, I loved the role they had for me, because I never want to be typecast. I love playing all sorts of different roles.

KW: How would you describe your character, Humanz Brother?

L: I play the leader of a resistance group that’s totally against putting computer chips in human beings’ brains because I think that’ll lead to the taking over of mankind, period. So, I’m all about trying to get rid of this technology, so we can live peacefully.

KW: Do you think a scenario like this has a chance of becoming a reality someday?

L: Man, you never know. The possibilities are definitely limitless when it comes to technology like this. We all embrace technology, but sometimes you have to be careful.

KW: How’d you get along with the other members of the cast?

L: I loved working with this cast, especially with Gerard Butler. That’s how I study and try to become a better actor. He’s extremely serious and focused.

KW: How do you divide your time between making music and making movies?

L: It’s hard, man, but you just gotta focus on one thing at a time. I give whichever I’m doing 100% of my attention.

KW: Is there any truth to the rumor that comedian Katt Williams is your cousin?

L: [Laughs] No, but that is my homey, though. Katt Williams is one thug. That’s like my brother.

L: Man, over the past ten years, I believe I’ve been asked every question you could possibly ask. So, off the top of my head I can’t think of anything that hasn’t been asked.

L: I’m sure we’re all fearful of something. I’m afraid of God. You have to be fearful of Him.

L: [Chuckles] I am definitely happy, man. Of course, I wouldn’t say I’m always happy. I don’t think anyone is. But for the most part, I’m living out my dream. I’m doing what I have to do. My family’s taken care of. I’m financially straight. So, damn right, I’m extremely happy.

L: Hey man, my fans already help me by supporting the things I do, and just by understanding my changing and continued growth. So, the true fans are already helping me out there.

L: A lot of different music. I have a Battle of the Sexes album coming out soon, so I have to listen to all these unreleased tracks so that we make sure we pick from the best of them to give to the true fans who support us.

KW: What’s the biggest obstacle you have had to overcome in life?

L: All the people who told me I couldn’t make it, and individuals who were trying to step in the way of my becoming who I am.

KW: How did you feel a year ago when President Obama said he was listening to you on his iPod?

L: I really appreciated that.

KW: Have you spoken to him since he became President?

L: Tacos. That’s about the only thing I know how to cook.

L: By realizing that I’m extremely blessed and extremely fortunate and that it can’t be that damn bad.

L: I see a multifaceted Negro, an entrepre-Negro.

KW: One of your biggest fans, Hajar from Queens asks: Is it true you like big women? She says she hopes so.

KW: Hajar also wants to know when your next album is coming out.

L: It should be out towards the end of the year. If not, it’s coming out on Valentine’s Day of 2010.

KW: Leon Marquis wants to know if it’s true that you’re going to star in The Richard Pryor Story.

L: I wouldn’t say that it’s untrue, but nothing is confirmed yet.

KW: Lester Chisholm asks, how can hip-hop artists assist young and old transcend obstacles on whatever path they are on?

L: By embracing the new, by not being stubborn, and by being open to new artists.

KW: Loony Larry Greenberg asks: What do you think of the Amish?

L: [LOL] Oh man, like I said, I don’t discriminate. I love ’em. I respect everybody’s faith and culture.

L: As a multifaceted individual and as an entrepre-Negro.

KW: Film director Hisani Dubose was really blown away by your acting skills. She wonders whether you’ve been studying your craft?

L: I always study my craft. I’m passionate about what I do, so you have to study.

KW: Tony Noel asks, what images and roles do you see for yourself in the future?

L: As far as movies are concerned, I would have to say a diversity. But only time will tell.

KW: She was also wondering how you’re enjoying your joint venture as co-owner of Straits Restaurant?

L: I’m loving it, man. Coincidentally, we have a private dinner there tonight as we speak. We’re coming up on our two-year anniversary, so I’m feeling good.

L: Oprah called me when my dad passed, and offered her condolences, so I would say we are on good terms.

KW: Hey, brother, let me say I’m sorry about you losing your father.

KW: Marcia points out that you were doing charity work in South Africa. Are you planning to do anything musically over there?

L: Yeah, when I was there we did a couple of things with some African artists. And we’re still looking into trying to build a label over there and putting out some music. So, I’m definitely involved somewhat.

KW: Thanks again for the interview, Luda, and best of luck with Gamer and your many other ventures.

L: I greatly appreciate it, my friend. Thank you very much.