It’s something that we always instinctively knew in our gut and / or subconscious mind.

Not to say that “I” might have ever been in a situation where I personally was ever in a position of experiencing a hang-over myself, mind you, (hmmm hmmm) but according to many of my long time friend and www.BaconFreak.com members and customers, bacon naturally and easily begins to instantly takes away those ugly morning after symptoms within just a short moments of a few tasty bites!

OK, so we always kind of knew it, but I couldn’t help but wonder if it was a panacea or placebo effect, where we simply PSYCHED ourselves into thinking that the hang-over was going away, simply because we were now focusing all of our attention on enjoying the greatest thing in the entire world, BACON! 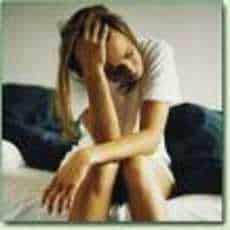 Well, here’s the scientific proof we were looking for. In Britain, where bacon eating is more of a religion that dietary preference, so they tend to know a bit about it, they have discovered the “Actual Factuals” about bacon curing Hangovers!

According to Dr. Elin Roberts, “Science Development Manager” at the “Centre for Life,” a prestigious medical research institute in Newcastle, England, this is exactly why Bacon with some eggs & toast is your perfect hangover solution.

Dr. Roberts explains: “Food doesn’t soak up the alcohol, but it does increase your metabolism – helping you to deal with the after-effects of over-indulgence.” “So food will often help you feel better. Bread is high in carbohydrates and bacon is full of protein, which breaks down into amino acids.”

You see, drinking alcohol seriously depletes your body’s amino acids. You need amino acids to produce muscle and assimilate protein from your diet. It’s these protein rich and amino acid bountiful foods like protein and eggs that will put you back on track to feeling balance, good and healthy again and get rid of that terrible headache, muscle stiffness and nausea.

Did you know that you the most prominent item that YOUR BRAIN is made up of, besides water, is cholesterol? Guess what Bacon & Eggs have a brain saving replenishing supply of? That’s right, you guessed it, the very thing that you brain is made of and needs to survive, Cholesterol!

Dr Robert’s explains: “Your body needs these amino acids, so eating them will make you feel good. Bingeing on alcohol depletes neurotransmitters too, but bacon contains a high level of amines which tops these up, giving you a clearer head.”

There’s even a very rational scientific reason for the amazingly alluring aroma of bacon and the effect that it has on the human mind! According to Dr. Roberts, “If you’ve got amino acids and reducing sugars at a heat above 150 degrees centigrade, it kick-starts the “Maillard Reaction” in the pan.”

“That means lots of lovely smells are released and it’s this which draws us in. I know of three vegetarians who have been broken by the smell of bacon.” 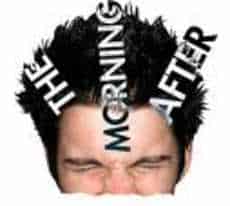 Hey, that much I can verify and testify to. We have had so many messages sent to us here at www.BaconFreak.com telling us that up to the point where someone shared some of our premium quality, gourmet bacon with them, they were devout vegetarians.

Now they quietly confess that they are either “Recovering Veggies” or “Secret, Closet Bacon Freaks!”