Javier Salsa began his career as a restaurateur in 1995 where he opened Javier’s on the boardwalk in Laguna Beach, California. He opened his second location in Crystal Cove and his third in Irvine, California. With a repeat clientele and rave reviews, it was just a matter of time before Javier would open a most beautiful restaurant in the Aria in City Center in Las Vegas.

Javier’s has it’s own unique look and thanks to designer Dodd Mitchell, who has brought contemporary designs along with rustic artwork which adds to the ambiance of this world class restaurant. Another factor that sets Javier’s apart form other restaurants is the unique art work of Chester Armstrong who created a 25 foot by 10 foot tall word structure on the back wall of the main dining area. With rich plush seating and leather table tops, Javier’s can accommodate 363 people. For a smaller intimate setting there’s the Marcus Private Dining Room which seats 22. 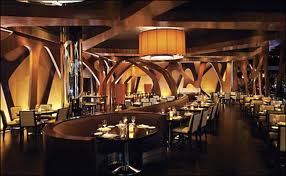 Ambiance is certainly an important part of dining. The other policy is providing its guest the finest cuisine, which is exactly what Omar Sala, Javier’s son mission purpose is. His teams, which handle the running of the restaurant, are Guillermo Gutierrez and Moises Hernandez, who take care of all the details.

My guest for our culinary journey was Michael Leonetti, one of the top former entertainers of Las Vegas. Mike loves fine cuisine, especially when it’s prepared from scratch. Dalia, our waitress first brought us a selection of salsa that Mike said was the best he ever tasted. In this case, the house salsa is made with fresh tomatoes, not canned, cerrano, cilantro, chopped onions, salt and pepper. There’s the Habanero Tomalitto, which is really spicy, prepared with green tomatoes, vocado, onion, cilantro and water, salt and pepper.

The third salsa, commonly refereed to as Salsa Cemadu is prepared with roasted tomatoes, chopped onions, cilantro, water, salt and pepper. Be careful when partaking in the salsa, as it could be a meal in itself. After an introduction from the team, Dalia suggested cavencie with jumbo shrimp. and prawns from the coast of Mexico. 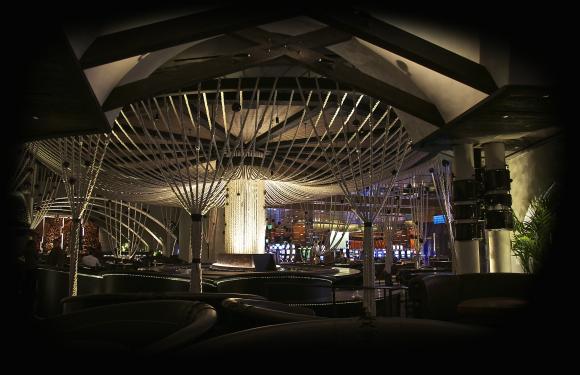 All Javier’s seafood is delivered daily by Santa Monica Seafood Company in Santa Monica. This firm has the freshest seafood throughout California. Our main entrees were served in classic style with Mike receiving A Black Angus prime sirloin steak, while I received Scallops with rice and vegetables with a small spoon of black beans. There’s no question that this family establishment only allows the finest ingredients in all of there cuisine.

All the bartenders there are very knowledgeable about their Tequila’s and wines. One Tequila I tasted was $200.00 a shot. It was as smooth as I have ever tasted. On a star rating, Celebrity Scene News gives a rating of 5 Stars for an excellent dinner, ambiance and service.