The Latin word humus, in soil science, coined 1790-1800, means, earth, ground, referring to the fraction of soil organic matter that is amorphous and without the “cellular structure characteristic of plants, micro-organisms or animals.” Humus significantly influences the bulk density of soil and contributes to its moisture and nutrient retention. Soil formation begins with the weathering of humus.

A related item, hummus or houmous, is a Levantine and Egyptian food dip or spread. Its original variation is made from cooked, mashed chickpeas blended with tahini, olive oil, lemon juice, salt and garlic.

So one can say that in today’s international cuisine, the hummus dish significantly influences the bulk density of the culinary industry. From the basic hummus dish of not too long ago, it has evolved and one can find ample variations of the original hummus, i.e, red pepper hummus, artichoke spinach hummus, lemon chunky avocado hummus, and the like, which most Middle Easterners and Israelis are accustomed to and know from birth.

Only few years ago, hardly anyone in the western world knew the taste of hummus, let alone could buy it in his or her local supermarket. But as we all often say, times have changed, and the hummus of many of its prepared variations is on the shelf of any supermarket that holds its standards high.

Today, hummus is popular not only throughout the Middle East but also North Africa, and in Middle Eastern cuisine around the globe and can be found in most grocery stores in North America.

More than often at an event or party you will find a hummus plate to dip into. And hummus, a component of the staple diet in many countries is not only filling, it is healthy!

On Sunday, October 30, 2016, at the weekly Beverly Hills Sunday Farmers’ Market, organized by Gina Raphael and Jeff Gross and sponsored by the Consulate general of Israel in Los Angles, in partnership with IAC (Israel-American Council) and the City of Beverly Hills, they held a Hummus competition. Ten hummus makers competed for best taste hummus dish. Though it rained, many simply could not miss out on the opportunity to stroll along the open market’s booths that included Israeli food vendors and Israeli artists from Los Angeles and taste from several Middle Eastern dishes. 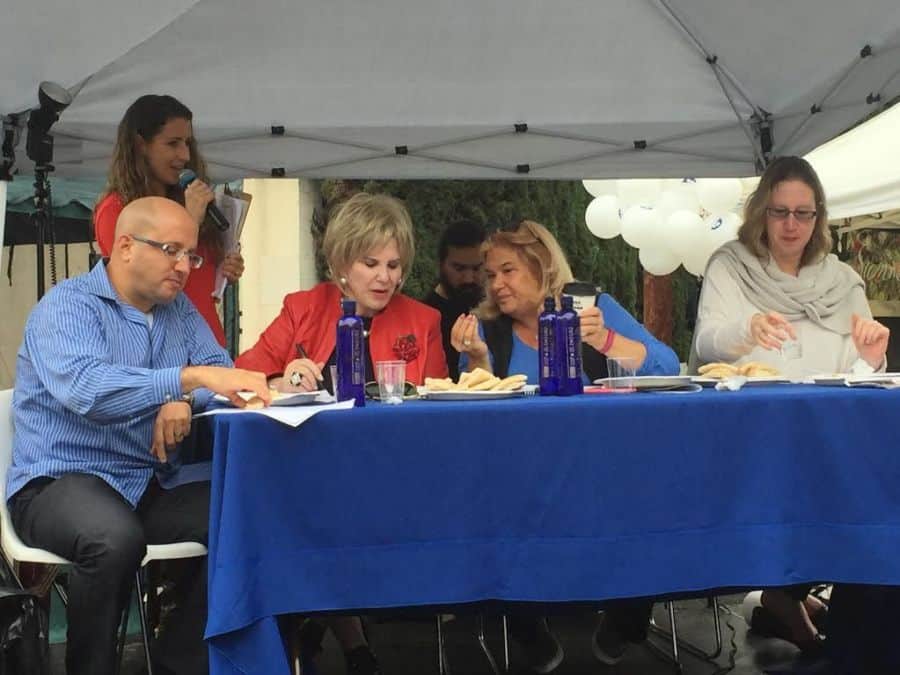 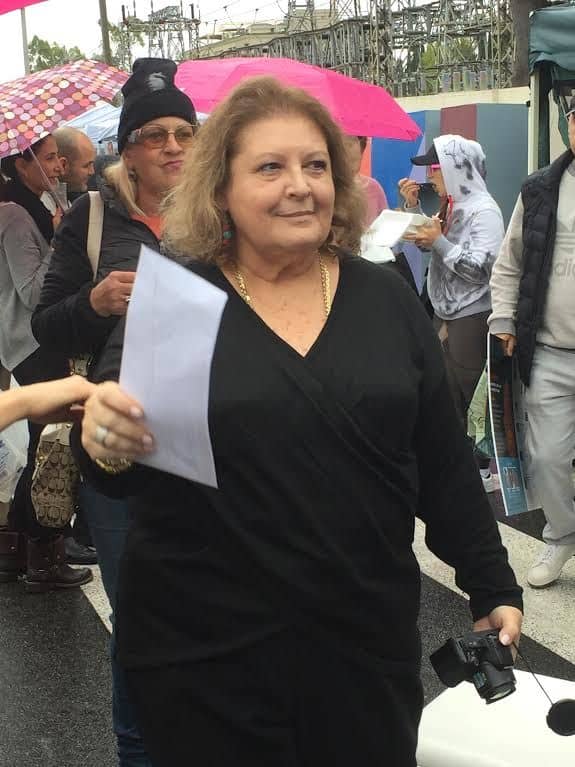 What is really happening is that the partnership between the City of Beverly Hills and the State of Israel that was enacted in order to strengthen the collaboration and support between Beverly Hills and Israel is simply growing. This time, it is through the taste buds and the stomach. All in order to further exchange of ideas and resources, in all areas, to include art and culture, to further promote understanding and friendship between the two communities. 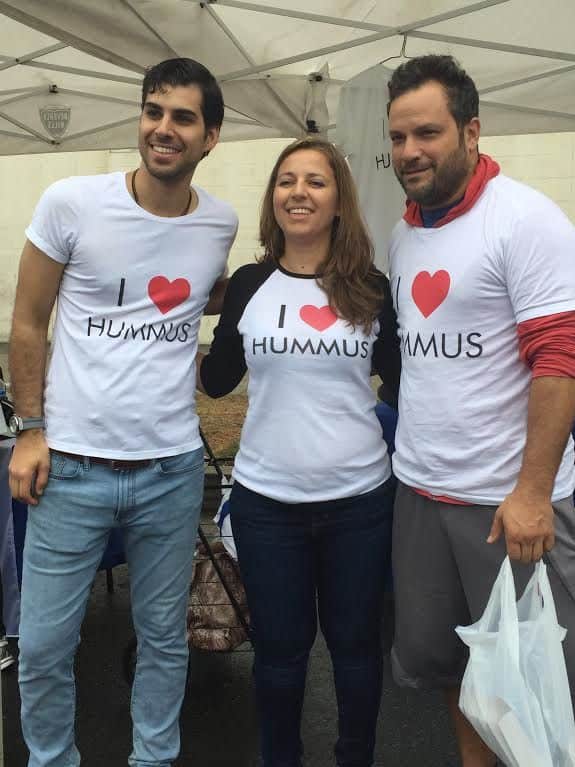 Go grab a pita bread, a dish of hummus, few pickles to enhance the taste, and a cold beer and voila, you have an appetite-satisfying lunch or dinner.

See you next year on the market trail.