Wikipedia tells us that William Asher was a television and film producer, film director, and screenwriter. He was one of the early directors when the television industry was young. He produced or directed over two dozen of the leading television series.

Some of those early sitcom shows were “Our Miss Brooks,” “I Love Lucy” and “Bewitched.” The latter starred his wife, Elizabeth Montgomery.

Due to Asher’s early successes in TV, he became known as “the man who invented the sitcom (situation comedy).”

Asher was nominated four times for an Emmy, winning once for directing “Bewitched” in 1964. He was also nominated for the DGA award in 1951 for “I Love Lucy.”

Asher recalls the highlights of his years as a director:

“When I look back at my own work, “Bewitched” stays with me the most, and Lucy, and the Beach Party pictures. The scripts of the Beach Party films were sheer nonsense, but they were fun and positive. . . . When kids see the films now, they can get some idea of what the ’60s were like like. The whole thing was a dream, of course, but it was a nice dream.”

Asher received a star in Palm Springs’ Walk of Stars – located at 100 North Palm Canyon Drive, and dedicated in November 2003.

At the time of his death, Asher resided in California, with his fourth wife, Meredith.

His family continues on in show business. Asher’s daughter (with Montgomery), Rebecca Asher, is a script supervisor.

Thank you for all the sitcoms, Mr. Asher, they will remain with us forever, for generations to come! 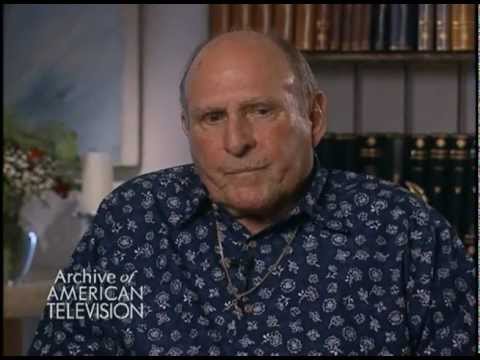