New stars are scheduled to present the Oscars, as reported here, as well as other breaking news from Hollywood here by Bruce Edwin from Hollywood Sentinel dot com for his ongoing article of Breaking News Daily, exclusively for NewsBlaze dot com.

L.A. Celebrity Matchmakers Sherri Murphy and Tammi Pickle of Elite Connections attended the VIP event celebrating Women in Entertainment and Diversity in Entertainment this week on February 21st, 2017 in Hollywood, California. The event was wildly popular, with hundreds bottle necked at the entrance, desperate to get on the red carpet, where over 50 paparazzi were huddled together shooting celebrities and VIPs alike.

Speaking of the event, which also featured an awards ceremony, fashion show, and gifting suites in the spirit of the Oscars, Sherri Murphy stated, “This was such a fun event. We really had such a fun, great time!” Elite Connections, who reports they have some of the best single men and women available nationwide for dating, are offering free coaching and consultations to select singles this month and next month, by initially calling them at 800-923-4200 or through e-mail by visiting www.eliteconnections.com 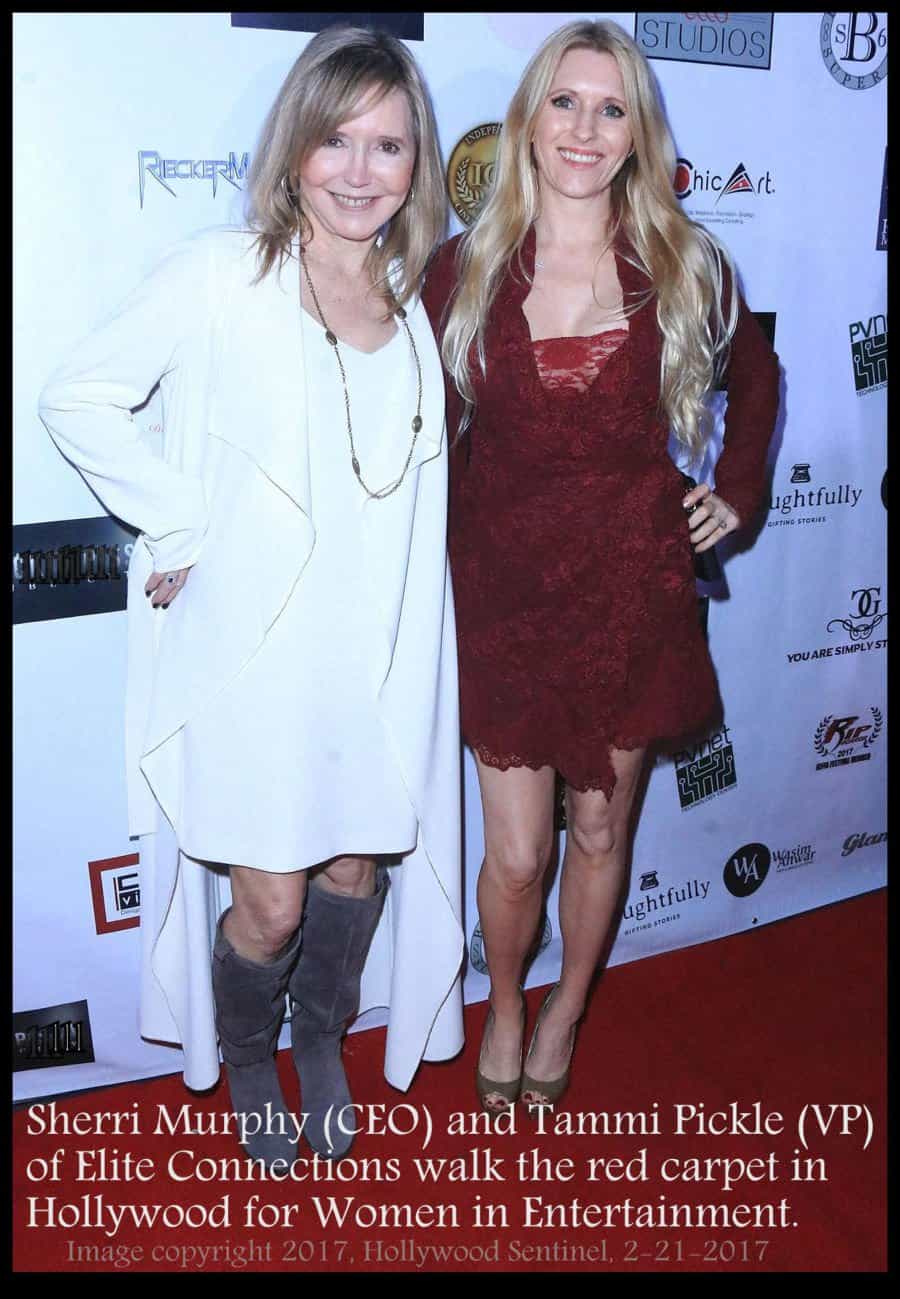 Stars Scheduled to Present at the Oscars

The 89th Oscars will be held on Sunday, February 26, 2017, at the Dolby Theatre® at Hollywood & Highland Center® in Hollywood, and will be broadcast live on the ABC Television Network at 7 p.m. ET/4 p.m. PT. The Oscars, produced by De Luca and Todd and hosted by Jimmy Kimmel, also will be televised in more than 225 countries and territories worldwide. Additionally, “The Oscars: All Access” live stream from the red carpet and backstage will begin at 7 p.m. EST/4 p.m. PST on Oscar.com.