Writing is something most all of us can do, but to be successful at it is not so easy. I’m often asked for advice on how to write a column, or article, or book. I don’t really have an answer … for me, fate just took a hand and before I knew it … I was on an exciting journey, a journey that I was prepared for with an abundance of happy childhood recollections and a cache of memories shared with me by my community.

My nostalgia column (Remember When) ran in our local newspaper, the Willow Glen Resident for some 15 years. During those years, I plumbed the depths of my family memories and those of my community. I shared with my readers my personal stories, photos of my immigrant grandparents, my memories of my Dad’s Willow Glen 1950s Soda Shop- the Pronto Pup- and written of my mom’s nurturing care and the many stories of my Italian family heritage.

I wrote about my community , its people and places, holidays, memories, traditions and rituals., all that i had in my cache of memories. Through the years, I received letters and messages from long ago acquaintances, community residents and family members who shared those memories with me. A strong connection of feelings and spirit.

Noted author, Virginia Woolf said, “All strong emotions leave an indelible mark.” “The past,” Woolf wrote, “urges us to leave a trace.”

After all those years of writing and chronicling my family and community histories in my columns, I hope I’ve managed to leave something that will be remembered and passed on to the coming generation. It’s difficult to continually create new ways of putting into words those feelings that come from living in a close knit community rich with friends and memories. But through the years I found enough information and cherished memories to create column after column.

The Willow Glen Resident was born in the back room of the Villa Real Estate office on Brace Street some 28 years ago. Joe Guerra was the proud papa, helped along by a community of nurturing volunteers.

As the paper’s editor, Guerra wrote most of the articles, sold advertising and ran the newspaper, while running his real estate office. He got a lot of help from Copy Ink, a printing and copying Company, and from the community itself which contributed many of the newspaper’s articles and columns.

On Oct. 28, 1987, The Resident ran its first headline. Like a prognostication of things to come, the front-page foretold of the future success of Willow Glen’s business district. The article detailed how the Revitalization and Implementation Committee approved a major face-lift for the Avenue. The editor detailed the committee’s $2.4 million plan to bring business back to a failing Lincoln Avenue. It was the start of something big, very big, and it marked a milestone in the history of the Willow Glen business district.

It wasn’t long after this that I joined The Resident’s fledgling family. Like Joe Guerra, I had no propensity towards newspaper writing. What I did possess, however, was a burning desire to write a letter to the editor.

The inspiration for my letter came after meeting an old pal from the 1950s. We got to talking and reminiscing about our teenage years; of those days of poodle skirts, fin-tailed cars, and James Dean. In particular, the times we spent together at the Pronto Pup Creamery, (my Dad’s Willow Glen soda shop) those unforgettable Wimpy burgers we munched on and the delectable French fries served on wax paper in a red plastic basket.

We pined for those old fashioned thick chocolate malt shakes, that dad once served, the 45-rpm records on the the jukebox, 10-cent cherry colas and nickel ice cream cones.

Nourished by this nostalgia for “the good old days,” I penned a hand-written letter to The Resident’s editor. In it, I shared my reminiscences of the Pronto Pup Creamery. To my surprise, my letter appeared the following month, not in the letter section of the newspaper, but as a column under the title, “Remembering When.” I was given a by-line at the top of the column, while at the same time, at the bottom of the column, it read: Sincerely, Cookie Curci. But that was only a small part of the little kinks and mistakes in those early columns. 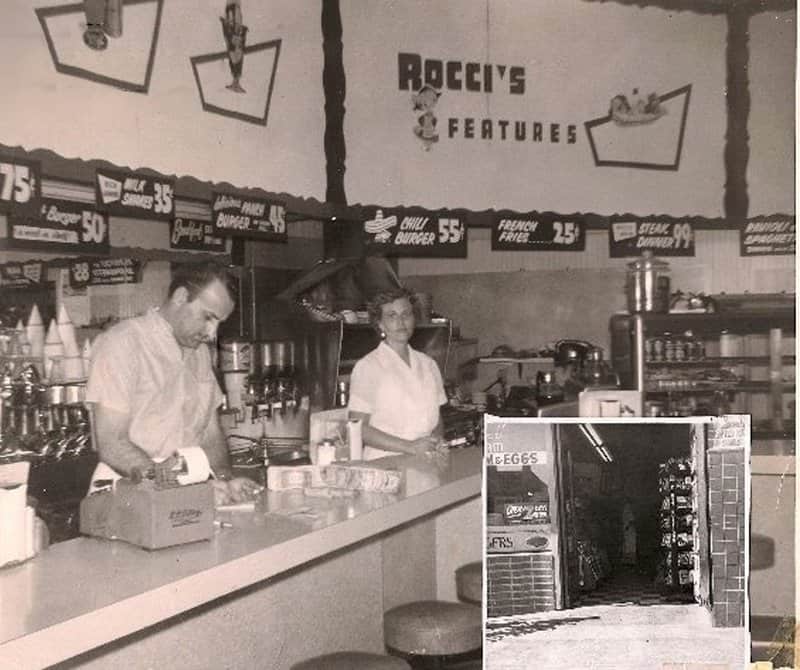 In one column, I wrote about my family dog chewing on Dad’s old boot. The letter “b” in boot was inadvertently changed to “f” during the printing process. The line came out in the newspaper reading:
“The family dog was chewing on Dad’s old foot.” I soon discovered that a misplaced letter could change the whole meaning of a sentence.

Eventually, like The Resident, my column grew in content and style. It grew from a couple of short paragraphs to a full page. And, eventually, photos were added to enhance each story.

“Remember When” soon became a regular column. I was sandwiched somewhere between the mysterious recipe aficionado “Auntie Mame,” whose identity I never did discover, county supervisor Zoe Lofgren’s column, (Who is now a U.S. Congresswoman) and the “From the City” column written by then-District 6 councilwoman Nancy Ianni.

I regard my early columns like babies. A bit feeble and weak at first, then, after a gawky awkward stage, they emerged stronger, began to grow and, finally, to stand on their own.

In 1992, when The Willow Glen Resident was sold, I feared the quaintness of our little newspaper would be lost. I soon discovered that our new publisher, David Cohen, was himself a Willow Glen resident and a passionate believer in keeping the uniqueness of our community intact. The Willow Glen Business district is thriving and the pages of our local newspaper provide it with sustenance to grow.

I’ve come to understand and believe that readers of nostalgia want, and need, an element of magic and tranquility in what they read about the past and the longing it invokes. My stories are tinged with a touch of gossamer, that stuff that hazes memories and enhances the past, to make them a little more beautiful and endearing. To me, it’s a labor of love, creating that fine-spun world of nostalgia, where the bridge is gapped between the people who once touched our lives and the lives we once touched. And I’m grateful for the space I’m allowed to occupy with memories gathered from a lifetime in my community.

Writing back then was a passion for me. I had no choice but to give in to its nagging, stop what I was doing and jot down a few lines, or an entire column. I worked on an old electric typewriter and had to use bottles of “white out” and it sometimes took hours or even days to finish an article.

Since my last column for The Resident, I’ve written several columns for Italian American newspapers here in the U.S. and in Italy, also articles for nostalgia magazines and newspapers across the country … I’ve contributed my stories to 12 Chicken Soup for the Soul Books, and also three “Mother’s Miracle” books, (Morrow books) edited by Jamie Miller, Laura Lewis and Jennifer Basye Sander. And the Elvis book, The World’s Best Kept Secret: Elvis Live at the Sahara Tahoe, edited by Sue McCastland.

In those early days, Like most female writers, I dreamed of one day sitting in a bookstore, signing my latest best seller, “To Danielle Steel, my number one fan” (who had been waiting in line for over two hours). Ha ha, dream on, Cookie.

Today, with all the new online newspapers, I can still find a home for my articles, but not so much the nostalgia that we so loved remembering in the day. And, no matter what they tell me … there is nothing in this world compares to a hard copy newspaper … to hold my story in my hands … to keep the latest issue placed conspicuously on my coffee table, so friends and family can just happen to see it.

A wise man once said … “we can travel the world over, find success, money or fame, but we never forget our hometown childhood friends and neighbors.”

Willow Glen … I remember when <3