A.C. Lyles – The Obsession of Greatness

A.C. LYLES: On my 10th birthday, in 1928, I saw a picture called WINGS, the first picture to win the Academy Award, I saw it twice, and I fell in love with it, and I just wanted to work with Adolph Zukor and Paramount. It was at a Paramount theatre, called the Florida theatre, but it was owned by Paramount, and I got a job running errands (there), and I wrote Mr. Zuker a letter, and that day, I said ‘I’m now your employee.’ Well he came through Jacksonville by train, on his way to Miami, and I talked to him, I said, ‘I’m working for you, I’m sure you got my letters,’ and I said “will you teach me to make movies?” And he said O.K., you’re a bright kid, keep in touch.” SO I wrote him letters, and it came about where I got on the train, day coach, one way, and had to sit up four days and four nights then, and I had three jars of peanut butter, a big sack of apples, and three loaves of bread, and came out here, and Mr. Zuker gave me a job.

A.C. LYLES: So I’ve been with Paramount since 1928 when I with the theatres, then I came out here, I think I was just about to turn 17, and Mr Zukor, I became his office boy, and he and Cecille B. DeMille were my mentors, and taught me to make movies, and so it was Mr. Zukor and DeMille who really educated me, because when I was in school, I worked all the time, so I didn’t have much (formal) schooling, and when I’m asked about my education, I say, The University of Paramount 5555 Melrose Avenue, Hollywood California, and that’s about the truth of it, because next month, may, I will be 91 years old, and I’ll be 81 years at Paramount. So, my short resume, 1928 to 2009 at Paramount. 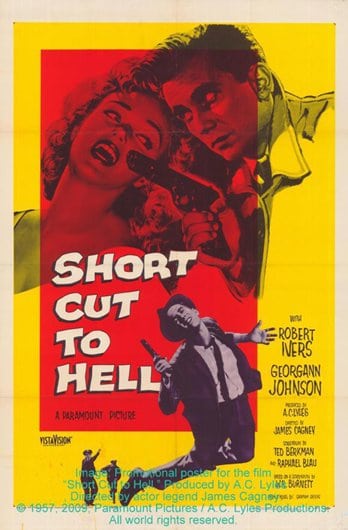 BRUCE EDWIN: You put everything on the line so to speak, when you were young, to come out here. Did you have any doubt in your mind at that time, that it wouldn’t work? That Mr. Zukor wouldn’t hire you?

A.C. LYLES: Oh now, because at the time I wrote Mr. Zukor every Sunday, I knew he was waiting for me. Of course he was, he was getting my mail every week. No, I never had any doubts. I’ve never had any doubts at all in my life. I’ve always been a very positive person. I’ve always thought in big terms. When I was little, you know, the school, they thought me 2 +2 was 4. I didn’t believe it. It’s twenty two. And the bottle was always half full. I’ve learned that from my friend Ronald Reagan. I’ve just always been like that. And when I first moved here, I wanted to be aggressive without being intrusive. And I’ve never never ever used the word ‘if.’ That’s the thing. I’ve always said ‘when.’ I never said ‘if’ they make me a producer, I said ‘when’ they make me a producer. And they’d say when I was little, like they always say, “It’s who you know that counts,’ and you know, that’s not true, ‘It’s who knows YOU that counts.’ So that was I think, the three words in this business I learned; OBSESSION, OBSESSION, OBSESSION, and at the time since I was 10 years old, I was just obsessed with Paramount, and being at Paramount and making movies.

BRUCE EDWIN: Wow. What do you think instilled that level of confidence and attitude in you then, because I think that’s really perhaps unusual for that for a kid that age?