The all Maui movie, “Get A Job” will be presented this weekend at the historic Iao Theater in downtown Wailuku. The movie is a special part of the -First Friday’ celebration held in the business district with presentations at 5, 7, and 9, on September 7th. On Saturday September 8th showings will be 1, 3, 5 and 7.

Written, produced and filled with an entirely local cast, the comedy is about the adventures of a bumbling man-child trying to find a job.

The labor of love took four years for writer/director Brian Kohne to complete. Kohne, who went from playing soccer at Baldwin High School on Maui to playing varsity soccer at San Jose State, gets high praises for the multi-layered film. Said Kohne, “In film school they don’t teach about how to market and merchandise a cinema production. It is the fourth stage of a long process.” 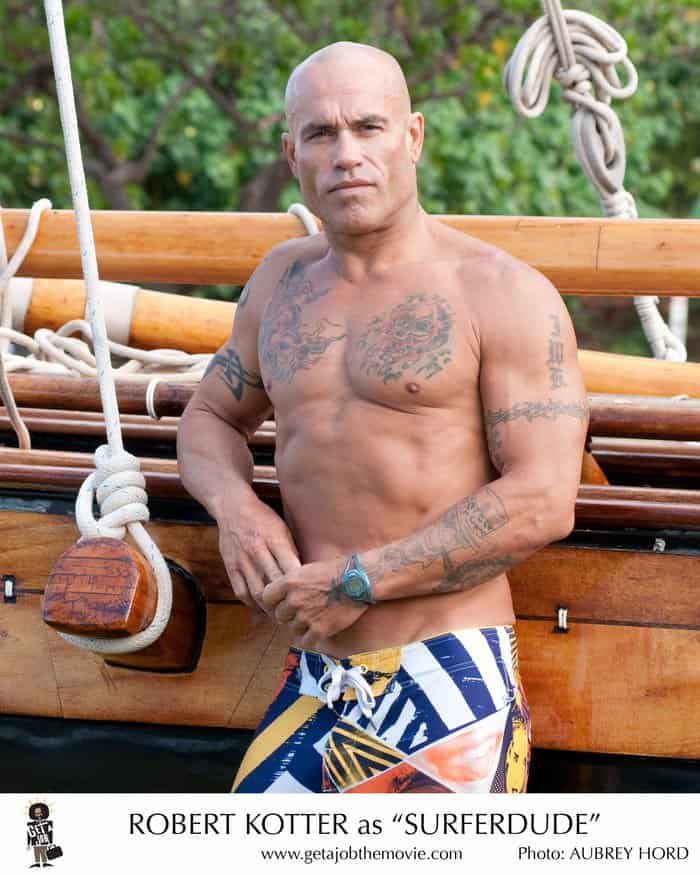 Kohne says he is tweaking the movie for its final cut. “The journey has had a lot of sports correlations. Just like the college soccer season, we are all in it for the long haul, not just one game. Perseverance has been the watchword,” said Kohne. The production team is making tweaks to the film while preparing the full length feature for its theatrical release.

The beginning part of the movie has another noted Hawaii exercise trainer Robert Kotter stealing a scene. He gets a giant laugh as the rude stand-up paddle-boarder.

Each patron will be issued a special collectors ticket and the box office will be open a half-hour before show times. For more -\’Get A Job’ information: http://www.GetAJobMovie.com