WWII, and The Day Papa Had to Surrender His Beloved Radio

As a young Italian American, my childhood was filled with stories, stories that boasted colorful characters, lively dialogue, wonderful settings and, best of all, each story taught me a valuable lesson.

Children’s story books you say? No.

Although I did my share of reading the fanciful illustrated fairy tales and nursery rhymes, the stories that filled my childhood were not written down. They were spoken.

I loved these family tales. Each one gave me a clearer picture of my ancestors, or a better understanding of the relatives I already knew. One of my favorite nighttime stories was of Grandpa and his beloved radio, and how it helped him learn the real meaning of friendship. 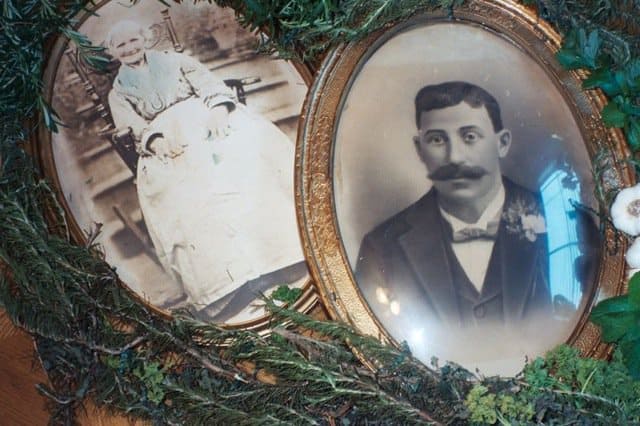 Papa Vincenzo nestled comfortably into his rocker and, with a twist of his hand clicked on the dial of his brand new RCA Victor radio. It was Papa’s habit each night, after one of Mama Saveria’s robust Italian meals, to position himself by his beloved radio and tune-in the nightly antics of radio characters: “Fibber McGee and Molly,” “Amos and Andy,” “Edgar Bergen and Charlie McCarthy” and “The Lone Ranger.”

There were no complexities to Papa Vincenzo’s lifestyle; his needs were easily satisfied by a good meal, a warm home and a loving family. He lived his life by the simple and old-fashioned creed: “Pray for the things you want, work for the things you need.” 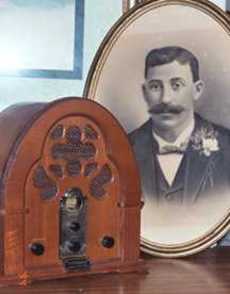 If Papa had one luxury, it was the acquisition of a household radio. The radio had become a vital component of his daily life. It restored his energy and brought back his sense of humor after a long workday in the fruit orchards of the Santa Clara Valley. With the impending arrival of World War II, the economy had begun to tighten, but the budget-wise Grandpa had managed to scrimp and save enough money, from his meager earnings as a tree pruner, to purchase the new radio. Although Papa had known poverty in the Old Country, he felt he’d never been poor, only broke. Being poor, Papa believed was a state of mind; being broke, was only a temporary situation.

Papa loved his new radio, but Great-Grandma preferred listening to her old Victrola or puttering around her wood stove to sitting by the radio. Until the day she heard her first episode of “One Man’s Family” on NBC radio. From that moment on, she was an ardent fan of the new media.

In time, Grandma came to believe the radio had been sent to them as a blessing. It had helped both her and Papa Vincenzo to learn better English, and it had been a boost to their social life as well. The radio gave them a common topic to discuss with their neighbors, who also listened nightly to the same radio programs.

On warm summer nights, Papa’s neighborhood cronies, Mr. Goldstein, Mr. Miller and Mr.Rosenberg, sat with Papa on his front stoop discussing their favorite radio programs. There were times when Mr. Goldstein would explain the meaning of a certain Yiddish word Papa had heard on the “Molly Goldberg Show.” Other times, Papa would translate a Puccini opera for Mr. Goldstein. Some nights, the old friends had a good laugh at the expense of the contestants on “Ted Mack’s Original Amateur Hour.” The radio had helped to bond these old friends, who came from vastly different backgrounds, in a way few things could.

The men had left their Old Country to escape tyranny and suppression, and as young immigrants, they settled into the neighborhood together. Although they came from varied parts of the world and followed different religious beliefs, the old friends shared a love for their new country and family traditions.

And so their friendship grew until that fateful December day in 1941, when Papa’s radio brought him the terrible news that Pearl Harbor had been attacked. He would hear President Roosevelt declare war with Japan, and the Axis powers Germany and Italy – a declaration of war that would change Papa’s life.

The knock on Papa’s door came early that December morning in 1941. It brought with it a special delivery letter from the government of the United States declaring that Papa must surrender all radios on his premises – Effective immediately!

Papa Vincenzo had no political ties to his former country. He had worked and lived in America for over 30 years, and had raised his children and grandchildren as honest, hard working American citizens. But the fact remained the he was a native of Italy, a country now ruled by the fascist tyrant Benito Mussolini, who had chosen to side with the Axis powers against the United States.

As Papa read the dispatch, tears of indignation rolled down his face.

Losing his radio would be sad enough, but Papa was more concerned that he might lose the company and respect of his friends in the community, which he had earned for over 30 years.

More than anything else, Papa prided himself on his honest and high moral character. His word had always been his bond. How he feared that a war thousands of miles away had cast a shadow of aspersions over him. It appeared Papa’s fears were well founded; some of his employers, leery of Italian aliens, had begun canceling their job offers. Papa worried that his longtime friendship with the Goldsteins, the Rosenbergs and the Millers was also in jeopardy. Would they also view him differently now? Could they somehow believe he shared the same political views and beliefs as the terrible tyrant Mussolini?

That Christmas Eve, in 1941, Papa and Great-Grandma sat quietly in their favorite chairs warming themselves by the fire. Papa couldn’t help but miss the raucous sounds of his radio, moreover he missed the daily banter with his friends and neighbors, which he feared he had now lost.

A knock on the door brought Papa quickly to his feet. He approached his front door with trepidation. Opening the door, Papa was relieved and surprised to find the warm familiar faces of his old pals the Goldsteins, the Rosenbergs and the Millers standing on his front stoop.

Mr. Goldstein was the first to speak up, “Vincenzo, my friend. The United States government says that you can no longer own a radio, is this correct?”

Wearing a quizzical expression on his face, Papa answered, “Yes… Yes, this is so.”

“But the government did not forbid you should listen to the radio, correct?” inquired Mr. Rosenberg.

Papa’s neighbors handed him a sheet of paper. On the paper was a handwritten time schedule listing all of his favorite radio programs. Each program and time corresponded with a neighbor’s address. His old pals had gotten together and worked out a radio listening schedule for Papa and Grandma that included every show from “The Goldbergs” to “Little Orphan Annie.”

“Read it, my friend,” encouraged Mr. Rosenberg, “It’s all there.”

“Monday: You and the Mrs. will listen to ‘Fibber McGee and Molly’ at the Miller’s home. Tuesday: ‘The Goldbergs’ and ‘The Ted Mack Hour’ at my house. Wednesday: ‘Edgar Bergen and Charlie McCarthy’ at the Smiths house and so on, until all of your favorite programs are accounted for. You and the misses won’t miss one of your favorite shows if we can help it, Vincenzo.” 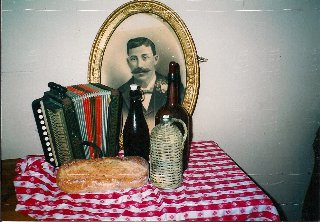 Papa’s eye welled with tears, but this time they were tears of joy and gratitude. Papa invited his dear fiends into his house to celebrate the occasion. While Papa poured a glass of his homemade red wine for each of his friends, grandma passed around her freshly baked biscotties.

Before going to bed that night, Papa and Grandma said a special silent prayer of thanks. Papa had lost his valuable radio on that somber day in 1941, but what he’d found in friendship on that very special Christmas Eve was truly priceless.