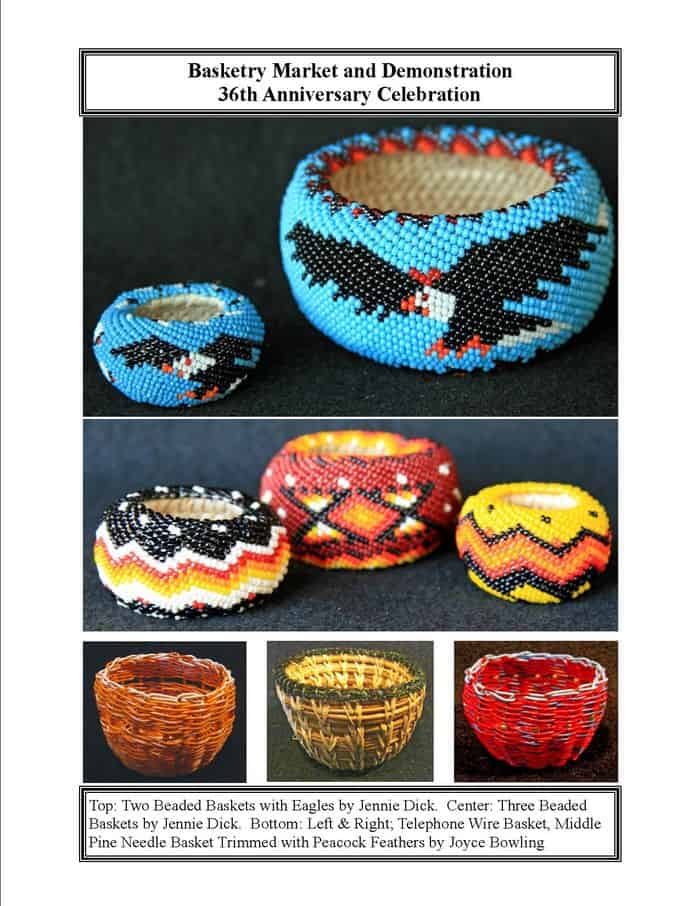 This Special Event honors basket weavers of the past and present. There will be demonstrations and sales by traditional and innovative weavers.

The weavers who will be demonstrating reflect both traditional and contemporary interpretations of the art form. 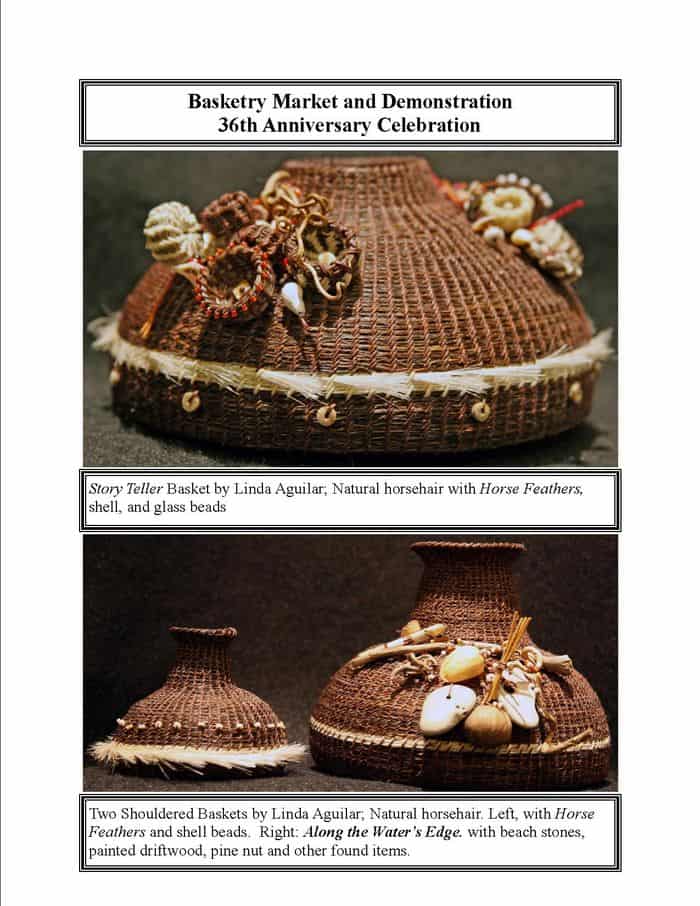 Linda Aguilar (Chumash) is an innovative and talented weaver. She is best known for weaving with horsehair, but was trained using traditional materials. Her basketry reflects influence from throughout California. On some baskets she uses horse-feathers and beads in a technique similar to that of the Pomo; in addition, she adds shell and other found items.

Jennie Dick (Shoshone/Paiute) creates traditional baby baskets and fully beaded willow baskets. She is also known for her beaded jewelry and lamps, in addition to “other beaded things” as she says.

Meyo Marrufo (Pomo/Mohawk) is talented in many of the traditional skills of the Pomo, from twined basketry used for bird and fish traps, to net making, as well as bead and shell work used in dance regalia. She is also known for her California Dance-Regaled Bears. 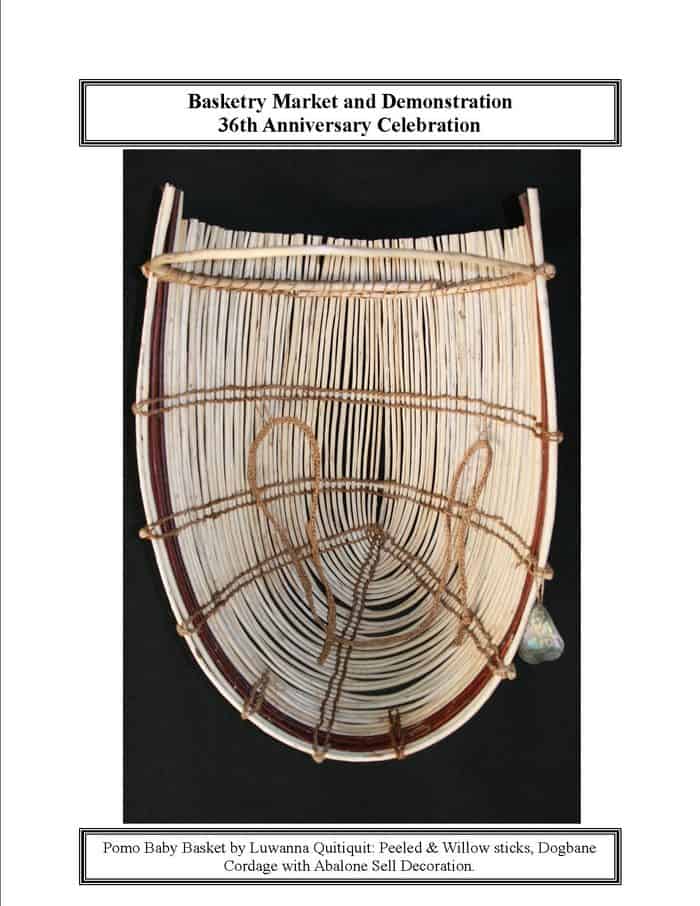 Luwanna Quitiquit (Pomo) can do everything, according to her niece Meyo Marrufo, from baby baskets to seaweed gathering and drying baskets. She is also accomplished in the making of abalone and shell jewelry, which is highly prized.

Dixie Rogers (Karuk) is the great niece of Florence Harrie, who demonstrated at the grand opening in 1971. Dixie continues her family’s tradition of fine basketry. She has demonstrated and sold her work throughout North America.

Pacific Western Traders is located at 305 Wool Street in the Historic District of Folsom, California. Phone is 916.985.3851, Email: [email protected]