Award-winning visual artist Guadulesa has become known in the Los Angeles Metropolitan Community as the creator and leader of the Arts & Advocacy Program, teaching teenagers how to utilize the arts to promote public health with an emphasis on tobacco control issues.

In spite of well-known facts about health risks associated with tobacco use, there has been a rise in the percentage of young smokers in the last two years, Guadulesa states. Guadulesa and her group, Arts and Advocacy, feels that retail stores, including gas stations, should not take advantage of youthful experimentation by selling tobacco to minors, because, she states; “Research shows that the younger a person is when they starts smoking, the more difficult it is to quit.” Some stores currently sell tobacco to minors under 18 years of age, despite it being illegal for the stores to do so, and despite it being illegal for minors – under 18, to consume tobacco; which may include smoke, chew, snuff (snorting up the nose), or any other form.

Guadulesa states that her “Youth advocates, as members of the Coalition of Arts & Advocacy About Tobacco, create artworks which have a message – Stop Selling Tobacco to Youth.” She states that they meet with city leaders and ask them to monitor tobacco retailers,” because she states, “We want to prevent nicotine addiction among youth.” She adds, “(Our) Students are trained in public speaking as well, and they become role models for healthier lifestyles.”

As a Boston native, Guadulesa recently honored the victims of the Boston Marathon Bombing by painting ‘Boston Survivors’ Tribute’ and asking her friends to join her in donating funds to the One Fund Boston, the city’s official site for victim relief.

Now the busy artist, who calls Los Angeles her home, is launching this July a new Kickstarter Project, which she has titled: Matrix V -Tones of Resonance. Concerning the project, Guadulesa is writing a book, based upon her years long scholarly research, concerning the healing vibrations of sounds. Partially funded by the Massachusetts Cultural Council- a state agency which received support from the National Endowment for the Arts, her former work on her Matrix V theory alluded to the five tones used in her Tsalagi (Cherokee) ancestors’ Traditional Healing Practices.

Within the context of her book, Guadulesa shall explain how tones resonate throughout our organ systems, and the discoveries made which she experienced when she experimented with the tones as she painted. It will be a tome textualizing vibrational energy and relationships based upon tonal frequencies, and ever more importantly, how one may readily use such discoveries in a practical, daily method for spiritual, mental, physical, and emotional progress. Guadulesa will offer various rewards to her generous backers, including prints of her other worldly and lauded Matrix V paintings. 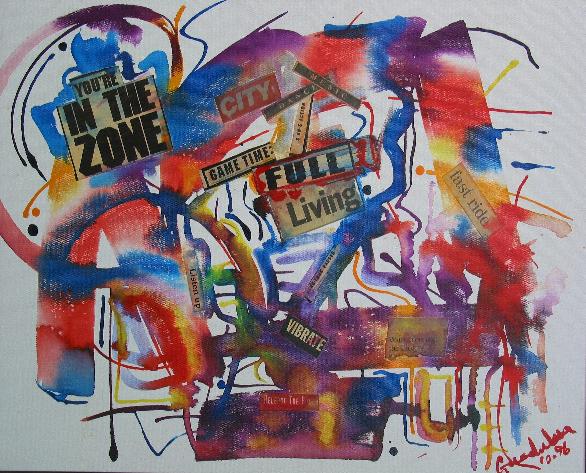 To watch an informative and educational video concerning Arts and Advocacy with Guadulesa, view the video here below as follows: http://www.dctvduarte.com/video_view.php?id=994696