I recall when I lived in Chicago, Illinois, many people would tell me, the following things about Los Angeles; ‘Oh man, you can’t move to Los Angeles! That place is a hell hole!’ ‘California is going to split apart and fall in to the Ocean!’ ‘L.A. is full of gangs and crime and smog! It’s dangerous and you can’t even breathe good out there!’ ‘It’s so expensive! You can’t afford it!’ ‘It’s so hot, it’s terrible out there!’ And on and on and on. But I didn’t believe them and I didn’t care. My mind was set on either Manhattan, or Los Angeles. I picked L.A., and decided I would expand to New York later on.

Later, a publicist from a major record label that lived in Los Angeles told me, ‘Bruce, don’t believe them, they don’t know what they are talking about. Those lies about Los Angeles were probably started by people that live in Los Angeles that realize that L.A. is like paradise, and so they want to keep it all to themselves, so they say those lies to keep others from moving in!’ I loved that line, and considered it as I knew that one day, I would make the move across the country. And I realized after visiting Los Angeles and finally living here-you know, she is probably right. 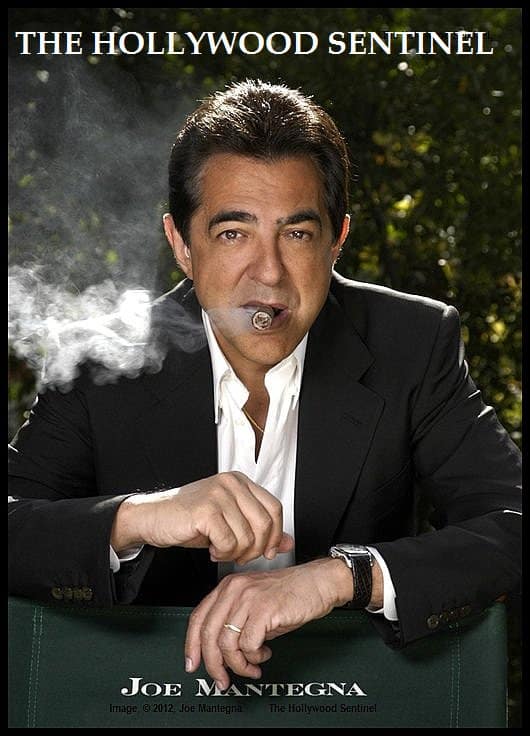 Those lies are also probably by a bunch of other idiots that have never even been here that don’t have the guts to change. Thanks to listening to my intuition and own voice, I now truly do live in paradise-and even after some years, I am still amazed that I am here. Granted, it’s not rocket science to save some money, pack your things, and move anywhere, but when one has everyone around them saying they will fail and die if they pursue that dream, a big change can be a bit of challenge.

Thankfully, I have gotten a bit smarter and do my best not to tolerate any poisonous attitudes and naysayers around me. As I have written over and over, one of the main reasons people fail in the entertainment industry, is because they have someone close to them-whether it be a friend, family member, or significant other, that puts their dreams down and scares them into quitting the pursuit of their happiness and dream.

If someone tells you that a person, place, thing, or group is dangerous or not good for you, you owe it to yourself to look for yourself. Don’t believe them without looking with your own eyes and checking it out. Don’t go on rumor or heresay, or even by what you read in the media or an Internet blog.

I read the other day on a renown gossip tabloid that a star badly beat a family member. A few days later, the tabloid made a correction stating that they had been given a false report, and that the star did not hit or abuse their family member. Yet, the damage was done. How many read the false report versus the corrected version that did not even offer an apology? Surely some viewers only got the wrong information. The media can and often is wrong. Less professional bloggers are even more often wrong. Imagine if someone told millions of people that you beat a loved one and you didn’t, and how that would affect you. You would want the public to give you the benefit of the doubt, but of course, most wouldn’t, and would believe the media story. It could be devastating and ruin one’s life. Think about reality from every perspective. What is someone’s agenda when they tell you to avoid something? What is a person’s motive when they tell you something is dangerous? Have they tried and experienced it for themselves? Or are they simply parroting media that may have been given false information or may have an ulterior, biased motive? What is a person’s intent when they tell you how bad a person is? Maybe that person rejected them and they are bitter, maybe they don’t like their politics, or maybe they have some other biased, hidden agenda which makes them want to smear them.

You owe it to your self to examine every thing you consider-with your own mind, your own eyes, and your own conclusions. If I had listened to all those people that told me not to move Los Angeles, California, I would not be following my true purpose in life, and would not be nearly as happy as I am now. If I had listened to all the jerks that told me how the entertainment industry and writing was a nice hobby, but that I needed to get a real job, then you would not be reading these words, this site would not exist, and I would not have gotten many e-mails from strangers all over the world telling me how I helped them. The times I have been warned to stay away from someone, somewhere, or something, and I didn’t listen, and I made up my own decision, have been some of the best times I have ever had that have led to my greatest success and greatest happiness ever.

How dare someone tell you that what you want be, see, do, or have is something you should not experience! As long as you are harming no one, and are ideally helping yourself or others, you owe it to yourself to experience as much as life has to offer-without fear, without shrinking, and without stopping. As actress Lucille Ball reportedly once said, “I would rather regret things I have done, than to regret things I haven’t done.” How true! If we are not hurting any one, we owe it to ourselves to experiment and try new things, to be daring, and to live. So what if we fail? We can pick ourselves up and try and try again. Why be at the end of our life and sadly wish we had tried something but did not out of fear of failure or fear of what others may think or say?

Success can be hard enough to achieve without having people preaching doom and defeat upon us! Build a team around you that you can learn and grow from, that moves you towards your goal. If your team is not helping you in moving toward your goal, and encouraging you to think objectively, then get a new team.

The hypocrites and conformists of the world would like to have you be afraid of that which you have not experienced-and would like to keep you from experiencing true liberty and passion, which life is all about, because they themselves tried and failed, and are bitter due to their failure and are afraid to try again, or, they are such cowards, they never tried at all. Brave, revolutionary people experience life not through the second-hand lies of cowards-but by living. The leaders and true artists of the world seize life in front of them, and make their own tomorrow and each moment based on their own dreams, hopes, visions, and talents without succumbing to defeatist mentalities.

The mark of an individual’s greatness is made by manifesting his or her own will, not by following armchair philosophers paraphrasing the lies of men and fools in ivory towers who have not lived-but who merely read about the distorted lives of others history-who did live-in a dusty old textbook. The true artists and leaders of the world test the waters for themselves and set sail, not stay on the shore and play it safe. You can be a spectator, or you can be on the playing field, and if you decide to get on that playing field, then you must follow your own heart and let any cheers against you be ignored as the inconsequential sounds that they are. Live on your own terms, and decide right now to decide for yourself. And don’t let any one stop you or get in your way. WAKE UP & LIVE!

The Hollywood Sentinel-Only the Good News!

Check out our exclusive interview with renown star Joe Mantegna (pictured above) in this issue of The Hollywood Sentinel, by visiting the site free- in the link below. Aside from Jimpressions, The Hollywood Sentinel and affiliates do not endorse any other advertising that may appear on this page.