Even though Deborrah Cooper had been a nutritionist and fitness trainer for over a decade, she never considered becoming a vegan until her body began breaking down. As assorted stresses of life started taking a toll, she found herself battling headaches, high cholesterol, high blood pressure, high blood sugar and severe stomach pains.

And with each visit to a physician’s office, she was prescribed pill after pill to treat this or that symptom. But rather than resign herself to a dependency on doctors and medications, Deborrah decided to become actively involved in her recovery by making some immediate lifestyle changes.

She had a hunch that a combination of diet and weight loss would do the trick, so she proceeded to exercise more while turning to vegetarianism. As she explains, in making the shift to a plant-based diet, she got rid of “anything that would not fit my new eating plan … bakery items, butter, eggs, cheese, crackers, packaged convenience foods, fish, poultry, bacon, canned chili and soups, canned milks, lunch meat, etcetera.”

Fortunately, the changes “worked wonders … reducing risks of coronary heart disease and stroke by half in just eight weeks.” As an African-American, Deborrah subsequently felt a sense of duty to share the secret of her success with the black community, given its particular susceptibility to a host of diseases which are preventable simply by paying strict attention to what one ingests.

However, she also knows that there is a general “perception that health foods are expensive, bland and flavorless.” So, in order to reverse that image, Deborrah has published Why Vegan Is the New Black, a combination how-to primer and illustrated cookbook featuring 100+ mouthwatering recipes for main dishes (Black Bean Lasagna), appetizers (Potato and Mushroom Soup), sauces (Tahini Salad Dressing) and sweets (Oatmeal Shortbread Cookies).

“An estimated 82% of black women and 69% of black men are considered overweight or obese, with 45% and 40%, respectively, suffering from hypertension. Heart disease is the #1 killer of African-Americans, with cancer, stroke and diabetes also among the top five reasons for early death.

These are largely preventable afflictions, directly related to what we put in our mouths. Reality is, what’s on our plates is killing us … The typical African-American diet is full of greasy, high-sodium fast food that really packs on the pounds and sets us up for serious health problems.

My goal was to help change the perception that healthy foods look weird and taste bad. Reducing the quantity of animal protein and upping the plants we eat has been proven to reverse heart disease, normalize blood sugar and lipids, and lower both weight and blood pressure in just a couple weeks.”

An inspirational, informative and creative guide for anyone hoping to wean themselves off meat and/or prescription drugs. 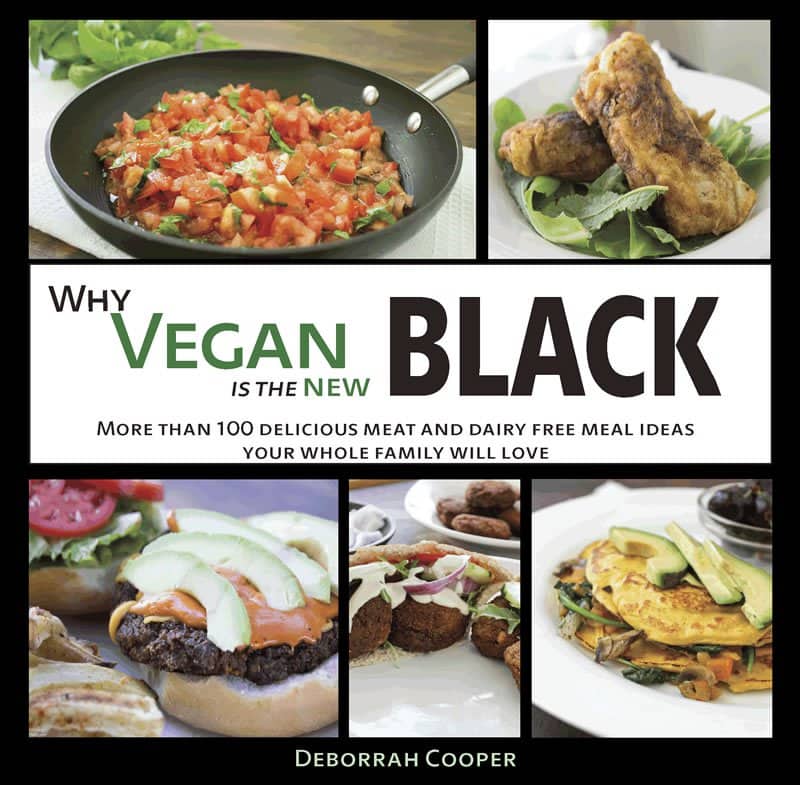 To order a copy of Why Vegan Is the New Black, visit: www.amazon.com

Hear Deborrah Cooper discuss why she became a vegetarian