“I understand that it is really hard out there, when you target a community. I think of this generation as a generation of great swimmers left in an ocean. As you navigate your way through life, some of you will get out of the water safely.

But the sharks own the ocean, and one such shark is the criminal justice system. In most criminal cases, the enemy is clear. It is the system itself.

I am a criminal trial attorney. I have been doing this for 23 years… Each and every time I step into a courtroom on a criminal matter, I am ready to wage war because, as quiet as it is kept, criminal justice is war. 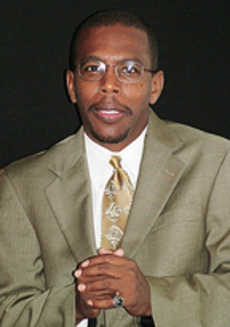 Consistently, I represent kids from the hood or the streets who really think they know something I don’t about court. But the truth is, when you do not know the rules,or you choose to ignore them, you get burnt.

One thing they never teach you in school is that America has a two-tiered system of justice, or that if you are African-American, you never want to find yourself caught in its duplicitous clutches. But all you need is a little common sense to know that there has been a surge in the incarceration rate of brothers over the last quarter-century to the point where there are now around a million blacks behind bars.

For, after Congress passed harsher drug statutes with mandatory minimum sentences in 1987, “Whether by design or happenstance,” as publisher Tiffany Chiles recalls in the Introduction of Raw Law, “the government started locking up all of our men.” Is there anything that can be done to prevent yourself from adding to the statistics?

Absolutely, according to Muhammad Ibn Bashir, author of this practical survival guide. Although he’s a veteran criminal attorney, Bashir is well-enough grounded to be able to break his sage advice down into readily-accessible layman terms.

In so doing, he warns not only of bad influences lying in wait in the inner-city but of traps being set by corrupt cops willing “to violate the citizen’s rights so easily.” Not one to mince his words, he goes on to state that, “I don’t trust any police officer to report or testify to the whole truth.”

He further adds that even if the cops have unfairly arrested a young black man for possession of narcotics, “whether they were his drugs or not will not matter to anyone other than him and maybe his mother.” Bashir is very empathetic about the overall plight of po’ folk because, “No one wants to live in a community where kids with less than a ninth-grade education, and an even lower level of community pride or self-respect, play war games on the street to the destruction of innocent babies and grandmothers.”

Thus it should come as no surprise that he sees the slums as an ocean teeming with sharks, and a place to be escaped from at first chance. A priceless primer on negotiating your way around the dangerous waters of the criminal justice system designed for folks who need it the most.

An Urban Guide to Criminal Justice