As a literary form, plays have long enjoyed the supremacy of the uniqueness in which they combine the artistic, literary, and visual elements of creative expression for portraying the human condition. Creating mature, thought-inviting plays is the legacy of gifted writers; including our playwright here – Hugh Fox – whose collection of plays and monologues Ommm (World Audience Publishers, 2007) presents the passions, confusions, illusions, and disillusionments of the modern human.

Hugh’s plays – making the first, and larger, part of the book – are pithy, often themed on age, aging, and related thought transformation in people of different cultural backgrounds and diverse sensibilities – mostly Americans and others of the white race – in relation to their self-image and associated adjustments or reactions to changes that time sanctions with universal authority. 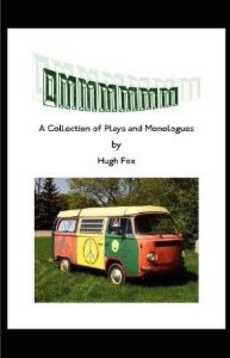 Several of Hugh’s characters are aging men and women who are realizing and still exploring the physical limitations of their being, leading often to increased rumination and often increased acceptance. At the same time, they get lessons against taking things for granted. The characters Bert and Dolores of First Corinthians speak it out most expressively: “Every day is a miracle of survival for me.”

Although milder than one would expect (especially a young reader), the anxiety of aging shows in most of these plays. Hugh’s aging characters are aware that the count up the scale of time is inevitably a count down the slope of life where the final landing is death. But few of the characters tend to panic; instead, the advanced years imply for them more time for pondering, reminiscing, and resolving internal conflicts and reassessing personal values, albeit experiencing increased dependence on physical aids combined with the emptiness of being. Thus, the Hopi saying “No one ever has enough to retire,” is applied in one of the monologues (No. 13) in the context of old age as a time when you need lots of strength to cope with the emptiness of a life where you sleep less and have little to do whatever you are capable of doing at that age.

It is more in the monologues of Hugh’s collection that we feel the aging characters resorting to religion and spirituality (mostly depicted with the traditional superficiality), particularly in thought. But above that, these voices ask some really interesting questions: “How could anything begin from nothingness?” “Do animals think a lot about death?,” and others like these.

The final monologue concludes the work at once convincingly and cathartically as the sole character of an aging man, after expressing his wish to have a sudden death, free of long suffering by illness, steps down to walk down among the audience, saying ” – the real me walking by real people.” For Hugh, as long as you feel life, it is life and not death that is real. This is what the divine sound ‘ommm’ means to us.

Ommm is one of those literary gems that lovers of literature and humanities wouldn’t like to miss. Coming from the pen of a gifted writer, these plays and monologues are your food for thought and the light for your soul.