The tech giant Google has launched a child-friendly app called YouTube Kids. And now the new app is available for free on Google Play Store and the Apple’s App Store in the United States, according to CNET . It will also be available on Kurio and nabi kids’ tablets. For now, there is no information on when YouTube Kids app will be made available to users throughout the world.

With YouTube Kids app, kids can easily find videos on topics that interest them. The company said in a blog post that users can browse playlists and channel in four categories: Explore, Learning, Music and Shows.

What’s more, parents don’t need to worry about what their children are watching throughout the day because Google has managed to exclude all of the adult-oriented content. Children will be able to watch popular shows such as Talking Tom and Friends, Mother Goose Club, Thomas the Tank Engine and Jim Henson TV. 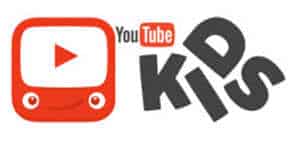 Furthermore, the company also revealed that many more videos are coming soon from YouTubers like John and Hank Green.

The kid-safe YouTube app includes bold icons and large images to make it easier for children to swipe and watch. Not only that, the search giant has built in voice search so that kids who can’t type or spell can still look for videos they want. The app features parental controls that allow parents restrict searchable content, sound and screen time. For example, a built-in timer in the app allows parents to limit their children’s screen time. Parents can also choose to switch off the app’s sound effects as well as background music.

It is not yet clear how YouTube Kids app will generate money for Google-owned YouTube. Also, it is not clear how content partners will make money. However, it is believed that Google’s online video service will pay to create original shows that are expected to be included.