Playboy has partnered with Bondi Digital to release a 250GB external hard drive with every issue of Playboy published since 1953. 57 years worth of Playboys can be yours for $300.

National Geographic also released a digital locker of their issues as well last year. They released every issue since 1888 to a 160GB external drive for $200. 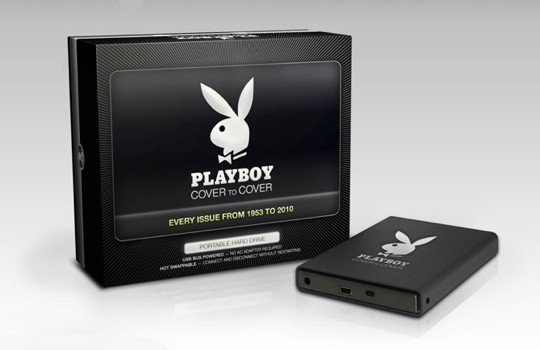 Playboy is an American men’s magazine that features photographs of nude women as well as journalism and fiction. It was founded in Chicago in 1953 by Hugh Hefner and his associates, and funded in part by a $1,000 loan from Hefner’s mother. The magazine has grown into Playboy Enterprises, Inc., with a presence in nearly every medium. Playboy is one of the world’s best known brands. In addition to the flagship magazine in the United States, special nation-specific versions of Playboy are published worldwide. (Source Wikipedia)