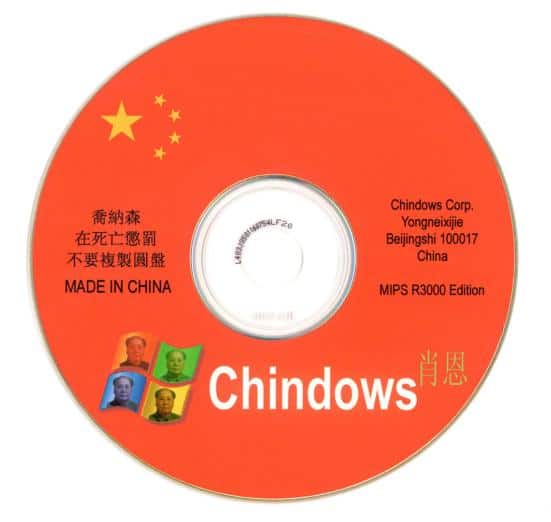 LONG ISLAND is not the location that comes to mind when thinking of DOT.COM superstars and High Tech great minds. Nevertheless, it is home to two young high school geniuses Salvadore and Carmine Dementia, who while working on a High School Science project, created a new Operating System and Internet Browser shortly called The Gate, that actually never crashes!

When word of this new Operating System and Browser reached Hong Kong giant counterfeiter (known among elite circles as GOODPC), their managers were quick to recreate the product and flood the market. Shortly hereafter, the Gate was rechristened by the Chinese as the CHINDOW’s www.Chindows.com operating system and Internet Browser, which bearing the company’s brand name were on sale in retail outlets in Beijing and Hong Kong and shortly afterwards, appearing on the street corners of San Francisco and New York’s Chinatowns. All of this initially without the boys’ knowing or permission, that is until their sister having gone on a shopping spree for counterfeit Louis Vuitton bags came home with a pirated copy of Chindows.

More worrisome to the twosome were the sudden death threats on Salvadore Dementia, Sr., who by association has become a wealthy patriarch. Like hundreds, if not thousands, of manufacturers now locked in a war of intellectual property with thieves in China, the company hired an investigator to track down the pirates and identify who could want a family’s member dead, in addition to copying their brainchild. The investigation is still on-going and now involves the Italian Mafia, Chinese Counterfeiters and a crazy uncle or other possible malicious business operations, not too happy with the competition.

After two years and thousands of hours of investigation in conjunction with law enforcement agencies in China, Taiwan and Canada and the USA, CHINDOWS www.Chindows.com said it had uncovered something far more ambitious than clandestine workshops turning out inferior copies of their products. The pirates were faking the entire company, with pictures of the young owners staring back from the packaging, widely appealing to a youth obsessed with easy money and instant fame.

The Chinese pirating company were even tracked down to handling technical support about CHINDOWS www.Chindows.com – which were of generally good quality – from an office located in the heart of San Francisco Chinatown. In effect, recreating the company and not the product from a small office.

“These counterfeiters are part of a way sophisticated organization, coordinated by two key felons based in San Francisco and Hong Kong, who have attempted to completely assume the CHINDOWS www.Chindows.com brand and put us out of business,” said the high school geek Carmine Dementia, over the phone in obvious disarray. Salvadore adding on “It looks like these guys are familiar with each other and work with each other to develop, manufacture and sell products using our brand.”

Now the question – Will they be able to stop the pirating and put an end to the death threats?

Questions that all are anxiously waiting to resolve