Jussie Smollett may have beat the rap in state court, but experts say the Empire TV actor could still wind up behind bars if federal authorities find sufficient evidence to charge him with separate crimes similar to the charges already dropped in state court.

From a legal standpoint, there’s no double jeopardy attached.

Chicago police and Mayor Rahm Emanuel has reportedly been in contact with federal and U.S. Postal authorities to have them investigate if Smollett sent the “fake threatening letter” in the mail to himself at Empire studios.

“The U.S. Postal Inspection Service is working closely with our law enforcement partners on this investigation,” said a Postal Service spokesman, according to Fox News.

“If he mailed that threatening letter to himself using the post office, he engaged in postal fraud.”

The hate-written letter arrived at the Empire studio in an envelope with the letters “MAGA” written on it which refer to Trump’s campaign slogan.

Police said the letter read: “You will die black f-g.” It also had the drawing of a stick figure that resembled a person hanging from a tree.

Investigators must prove to a high degree of certainty that Smollett was responsible for mailing the Hate Crime letter.

Napolitano said the punishment for postal fraud is more severe than state charges Smollett had been facing.

The decision whether to ultimately file new charges against Smollett lies in the hands of Chicago U.S. Attorney John R. Lausch, handpicked by President Trump.

Meanwhile also last week, the FBI launched a separate probe into why Chicago prosecutors gave questionable reasons for dismissing the 16 charges against Smollett without a guilty plea in court, though the prosecutor’s office said Smollett was guilty and was not exonerated.

Dedicated fans and Americans nationwide were stunned and grieved over the alleged racial attack upon the famous actor. Politicians and even President Trump denounced the attack while Hollywood celebrities blamed Trump’s race-based rhetoric.

Police eventually uncovered Smollett’s elaborate scheme to use the phony racial attack to self-promote his acting career and hopefully get a raise for his work as an actor on Lee Daniels’ hit TV show Empire.

The nation has been in an uproar since last Tuesday when Cook County State Attorney’s Office headed by Kim Foxx abruptly dropped numerous criminal charges against Jussie Smollett. All those charges related to Smollett’s false claims that he was beaten by two white men in a racially motivated attack on January 29th.

Facing a 16 count criminal indictment, Smollett appeared at an emergency court hearing on March 26. The case was dismissed in exchange for the Empire actor agreeing to forfeit his $10k release bond to Chicago police and perform community service.

“This is without a doubt a whitewash of justice,” Chicago Mayor Rahm Emanuel, said during a nationally televised press conference, where Emanuel and Chicago police superintendent Eddie Johnson blasted the dismissal.

Johnson said Smollett, “Did this all in the name of self-promotion.”

Police said Smollett staged the attack because he was upset he wasn’t making more money as an actor on the Empire show and that he hoped to gain sympathy to bring attention to his financial motives. 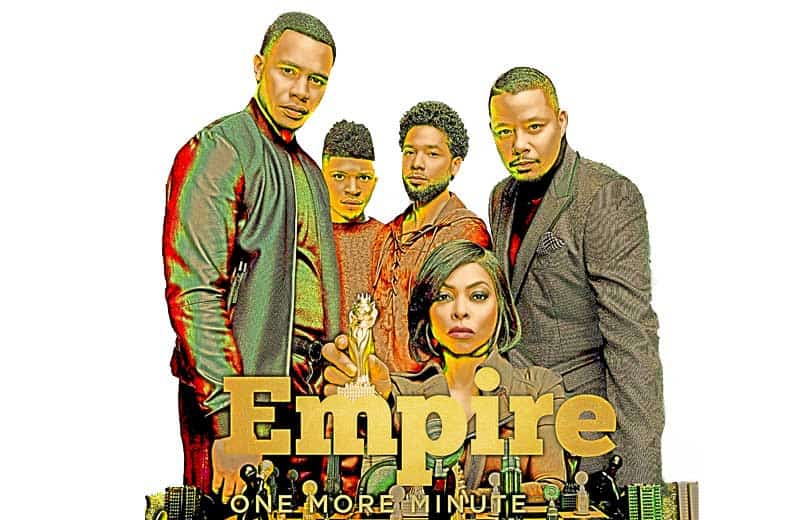 “We have to be driven by facts and based on the facts,” Foxx explained. She stated that a conviction against Smollett wasn’t likely.

Another reason for dropping the charges appeared in a press release issued by Foxx’s office. It said, “Alternative prosecution; like the resolution brokered in Smollett’s case, is not uncommon and is available to all defendants, celebrity or not.”

What created deep confusion is the fact Foxx’s office reviewed and accepted the charges against Smollett, indicted him, and then let him off the hook in an unannounced court session.

To add another twist, Foxx’s office sealed the court’s record which could have shown how they reached the deal for Smollett.

Smollett, a gay Black man, won the grieving hearts of many in America when he told police in January how two masked men, wearing MAGA hats – a reference to President Trump’s campaign slogan – “Make America Great Again,” attacked him while walking home around 2 am.

Smollett claimed the men beat him, yelled racist and homophobic slurs, then poured a chemical substance on him, looped a rope around his neck and fled the scene.

Two brothers, Ola and Abel Osundario, were arrested in February for their roles in Smollett’s attack. In an ironic twist, police released the men without charges and went after Smollett.

Both brothers told police how Smollett wrote them a check for $3500 to execute the purported attack.

The city of Chicago billed Smollett $130,000,00 for what they said was wasted time spent investigating Smollett’s staged racial attack. If Smollett doesn’t pay, the Empire star will also end up in civil court facing trial over non-payment of the money.

When city officials sent the actor a demand letter to recoup the $130k, attorneys representing Smollett outright rejected the city’s request. The attorneys insisted the “only person owed anything is Jussie Smollett” – inferring the actor should get an apology from the Mayor and police superintendent.

Under Illinois Civil Law, the city, if they win, can collect three times the actual amount owed – which adds up to $390.000.00.

Legal experts say if Jussie Smollett fights the civil case in court the proceedings will “open a can of worms.” That means the full details of the “Fake MAGA Attack” allegations will be exposed to the nation in the same manner as if Smollett was tried in criminal court.

A judge or jury will decide if the attack was actually “fake” before deciding whether Smollett is required to pay the investigation fees to Chicago police.

The city of Chicago could win if a judge or jury rule that it’s more likely than not of 51/49 percent Smollett faked the attack. Civil law requires a much lower standard of proof whereas in criminal cases the evidence requires proof beyond a reasonable doubt for a conviction.

Jussie Smollett has won his first round court battle. But the bell for the second round is waiting to ring.