Is gay sex threatened by Gorsuch? This and other news follows in the breaking news daily story here below by Bruce Edwin, exclusively for NewsBlaze.

Sherri Murphy (CEO), and Tammi Pickle (Vice President) of Elite Connections pose here at the Grammy Awards last year. Elite Connections says that for some reason, with the new President in the White House, business is booming more than ever, with singles looking for love! The Grammys will be held this year on February 12th, 2017, in Los Angeles, California. Elite Connections can be reached at 800-923-4200 or by visiting www.EliteConnections.com.

Obama sat down and met with Trump before Obama left, and stated that he had a good meeting, feeling more hopeful about things after the meeting. Trump stated that he would be taking advice on a regular basis from Obama, calling him a very smart, good man. Growing tensions with Russia were smoothed over, since Trump won – until that is, Putin resumed military action recently against Crimea, which he reportedly agreed to halt. 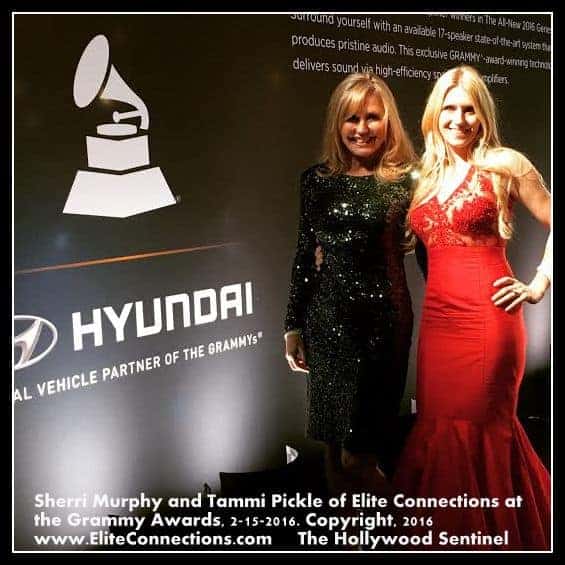 It has been nearly three weeks now since Donald Trump was sworn in as President of the United States of America. Many felt – after Trump’s win, that it was the end of the world, and the end of America. Some Democrats still do.

Hillary Clinton and countless other politicians argued that Trump would start World War III. In actuality, it was only Hillary Clinton who threatened war against a nuclear power – Russia. And while others said he would crash the economy, days after his announcement as winner, after a small dip, the stock market actually saw a gain larger than it has in many years. During his first week in office, it broke 20,000, showing its best gain in three years.

Meanwhile, Democrats broke into tears with pain, anger, and fear. Many people across the country who voted for Hillary – or at least those that didn’t vote for Trump, felt that their life was over – that freedom as we know it was over.

Gays, blacks, Muslims, Mexicans, women, and others felt that their freedoms would be coming to an end. Thousands across the country in major cities took to the streets – protesting. Some protests turned violent. In L.A. right after the election win for example – 150 were arrested. Hate Crimes spiked, with news reports of actions against minorities on the rise in the name of the new President Elect.

Meanwhile, Trump condemned the violence and bigotry, Obama and Hillary seemed to encourage people to keep protesting, and Trump’s main media supporter Brietbart, and even Fox News suggested that many of the protesters were being professionally organized and funded by filmmaker Michael Moore, Jesse Jackson, and everyone’s favorite – George Soros.

While no protesters – if at least not most – did not receive money to protest or were not professional, that I have spoken to, we do know that the above three men have funded and organized some protest actions. Concurrently, Trump back-stepped on some of his election debate rhetoric, with his newly forming administration indicating that they were:

1, Not going to create a deportation force for illegal immigrants, but prevent new illegal immigration
2, Not focus on peaceful illegals first, and then only in a humane manner
3, Not mess with gay marriage

Still, anti-Trump citizens do not trust the new President elect. And they do not forgive him for all of the rhetoric they feel has been against them or the freedoms they hold dear. Trump has reportedly claimed he would fight Roe V Wade with the appointment of a new Supreme Court justice who agrees with his belief that abortion is wrong. He has now made that first step, with his nomination of judge Neil Gorsuch, who is, according to Huffington Post, reportedly against federal law protecting one’s right to have gay sex, allegedly preferring each state to decide.

According to the Chicago Tribune, Trump judicial hero Antonin Scalia wanted to criminalize certain sexual behavior between consenting adults, including sodomy. While Trump has reportedly stated that Gorsuch is from the same mold as Scalia, it remains to be seen as to whether or not Gorsuch will attempt to try legislate morality behind the closed doors of consenting adults. Many feel he won’t try to go there. In 2003, the Supreme Court of the United States ruled that sodomy laws were unconstitutional, making it so that no one could be charged for a crime for sodomy under federal law.

Trump has now voted to stop funding of abortion to foreign nations. Trump states if the federal right is reversed, it would merely go back to the states, and women would have to travel to a state where it was legal – the sound of which has many women furious. Marches by women were held as reported here on Washington, and around the world.

Whoopi Goldberg came out later stating how it was a mistake not to allow Pro Life women to march, at a march that was supposed to be for women. Trump also stated when he would stop federal funding of abortion, it would he said – probably take at least several years to pass as law.

While many more have joined the side of Trump now – or are at least meeting him, who formerly, were his fiercest opponents, he is still being hotly contested by many others, from long time Washington politicians, heads of state, and of course – the media.

Mike Pence, who was vocally attacked at a play which he paid several hundred dollars to see during the holiday last year in New York, graciously stated he was not offended, and praised the play. Some of Donald Trump’s new appointees by were called racists. Despite all of the chaos, upset, and insanity in America these past couple of months, what we can see and learn from all of this is the following;

This is the beginning of a new day – our first month with Donald J. Trump as President is nearly over – and we are all just fine – well, except for those Muslims on the no fly list and those civilian casualties in Yemen – but I’ll save that discussion for another day.