We are well past the tragic accident of the Chicago schoolteacher Megan Duskey. Or are we? A friend of Megan’s, Ellie Pessetto, had stepped away from the stairwell for a moment. It was during this time that Megan must have tumbled off this spiraling banister, that looks Antebellum and Gothic, a makeshift set out of Gone With The Wind. But were there actual witnesses who saw the fatal fall? How do they know that Megan slid down this perilous, winding staircase, if they didn’t see it with their own two eyes? 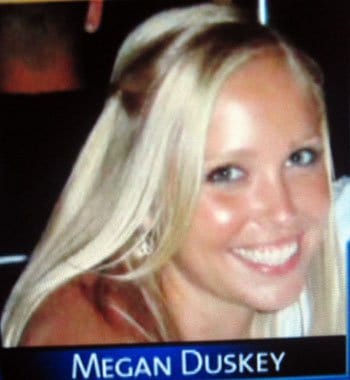 When Ellie Pessetto returned to the scene, a friend and a cousin were with Megan at the base of the rickety banister. The cousin said: “She’s gone.” The cousin was so distraught that firefighters had to pull her away. A mark was left on her arm caused by this tension of separating her from the deceased Duskey. I would have to conclude that the friend and cousin were the eyewitnesses. Heretofore their names have not been disclosed.

Areas of idle speculation on the part of author suggest a framing of the scene where these two witnesses heard the dare of Duskey, the random moment of unwise judgment projects itself, becomes an event, chronicled for our times.

Once again, one tends to believe that Megan must have been drinking, or else a college-degreed elementary teacher would not have conjured such a reckless and deadly whim. And I can only believe these two friends must have been right there at this fatal moment.

This is the only way one can explain why Duskey took this joyride (a risky word choice) down the gyrating banister. How do we know she slid down the railing, without someone being right there to see her do it. Maybe a fuller account will come out. I hope so. The circumstances of the accident are, at best, sketchy; with the scenario we’re given currently, not much makes any sense? 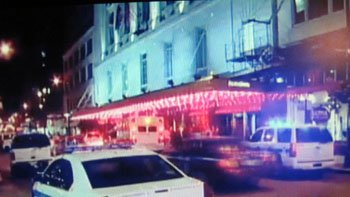 Accidents happen every day, it’s common. But this one was at this very raucous Halloween party, the Haunted Hotel Ball at the Palmer House Hilton in Chicago, which looks antiquated even romantic, and yes, most scary.

Odd also is the way the party quickly dissipated, as if everyone suddenly sobered up and began covering their tracks before the media blitzkrieg-ed their way on the scene with camcorders, microphones and nosy ground reporters, scooping for dirt. 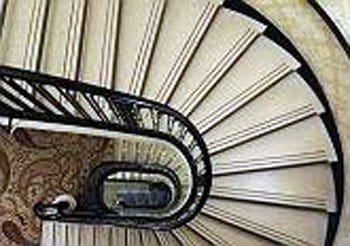 From looking at her picture, Megan Duskey was a pretty young woman who just wanted to help special education children learn. I noted that she was a Catholic also, and had just earned her degree at Northern Illinois University. Her faith shouldn’t play a role, but it weighs on me as I search for answers. Why did such a beautiful and caring person (and perhaps religious) have to leave us so suddenly, and under such bizarre and horrific happenstance?

True, these are Existential questions that beg an answer to: is God a just God? Why does he (she) often punish the innocent and reward the wicked, who are damned to an eternal fire that resides in the lowest pits of hell? I know my words will be misinterpreted, misrepresented by those who prefer to dust the truth beneath a rug of obscurity.

This is why I choose to rewind the tape back to 10:30 PM, October 30th, 2010 to the Haunted Hotel Ball (Chicago, Illinois). Who saw what, where and why? Did the two friends witness the entire calamity? The ghost of Megan Duskey screams for an answer! You’re in trouble now boy (or maybe it’s girl?)!