No matter whom you blame for the current economic crisis, whether it be Barney Frank and the socialist aims of Fannie and Freddie, or the predatory lending behavior and subsequent reckless Ponzi scheme of wealth generation by the Big Banks and Wall Street. There is a common theme intermingled within our economic fall.

Today’s Wall Street bonus structure is based upon the “what have you done for me lately” theory. A theory that doesn’t even consider the long term viability of the company from which you work. That mindset is driven by the lack of Job Security which is almost as unheard of on Wall Street, as it is on Main Street.

But before you guys like Joe the Plumber blame everything on the Big Banks, it’s time to check yourself as well. Because, the everyday slob was also thinking Short Term.

“Yeah, I can afford that mortgage for 8 months until I flip that house for a big profit.” And the Banks agreed. 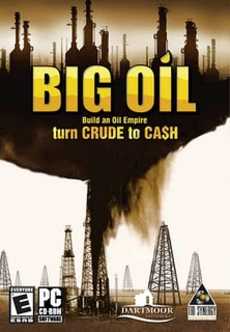 The system fed on itself. Banks approved anyone, then sold their mortgages, mortgages were bought, packaged and re-sold by Wall Street, and AIG insured it all, while the everyday Joe, kept buying houses he couldn’t afford. Although simplified, this Short Term success philosophy is why we are in the economic mess we are in. It took A Village to screw up the American Economy.

Guess What? We are headed down the same road again, with our Short Term mentality leading the way. The United States economy has an opportunity to be a major player in the future Energy Technology era. An era that is said to be 6 times larger than its predecessor the IT era, which has driven our economy for the past two decades.

With so much on the line, including trying to end the Great Recession and 10% unemployment, why would we knowingly pass on such an economic opportunity?

Take a step back and think. Why is Big Oil, Gas, and Coal investing so much money into the status quo? Are they looking out for you? Was your banker when he said you can afford that 1/2 million dollar home even though you work for Home Depot? Of course not. They understand the Short Term, they will makes less money Short Term, they will have to invest more money in the Short Term to be able to compete in the Long Term, and they don’t want to have to do that. They are happy with the status quo, they are happy with our addiction to non-renewable resources. They have billions in profits and Government subsidies to fight change. A change that makes us more energy independent.

Since when is energy independence bad?

A Cap and Trade Bill will but a price on Carbon, that’s it. Just like it put a price on Acid Rain producing chemicals back in the 80’s. Now take time to think to yourself. When is the last time you heard of Acid Rain? The same Cap and Trade principles will be applied to Carbon. Did your life change because we mandated companies to stop emitting chemicals that caused Acid Rain? Of course it did, Acid Rain stopped, or was mitigated successfully. The fact of the matter is, this Legislation will raise energy prices. According to the EPA by between $90 and $140 a year, far from the $3100 mark Big Oil, Gas and Coal would have you believe.

In addition, Energy from Gas, Oil, and Coal will forever be more expensive, but that’s the point. This carbon tax is what is needed in the Short Term, to secure a more energy self sufficient Long Term. Through increased innovation and technology, we will begin adding more renewable energy sources to our countries Energy mix. Making our country less dependent on non-renewable resources, and the Dictators who control their supply.

But more importantly, the tax on Carbon will send a message to every renewable energy company in the United States, giving them that long awaited price signal that will spur investment into the clean energy sector of our economy, jump starting the innovation the market needs to start driving down costs on things such as solar panels, and lithium ion batteries. Once these innovations start to scale, the United States will lead the World into an Energy Technology Era, an era from which the Worlds Countries will turn to the United States for Energy Technology like they did for Internet Technology. In my opinion, the price on Carbon, and the subsequent market driven expansion coupled with it, may be the most important thing to happen to the United States Economy since World War II, not to mention the Health of the Planet.

The Good and the Bad.

The good, we have the strongest free market economy in the world. We can get to scale with top of the line innovation faster than anyone else in the world.

The bad, were already behind the curve. China has already begun.