Runway, as well as being in the Fashion Media space is also a Technology company. Runway owns Runway TV and multiple Fashion Magazines, including Runway Digital, Catwalk Magazine, and Runway TEEN.

According to the press release issued today, the Letter of Intent signed between the companies gives Imagination TV access to the Runway proprietary broadcast system technology, that allows IMTV to expand onto cable systems.

Imagination TV can now broadcast 24/7, across cable TV. Runway’s ad servers allow Imagination TV to monetize all their online and broadcast properties. Runway has “an incredibly talented staff, which will help us build all of the brands, company wide,” Imagination TV’s CEO Steven Samblis said. 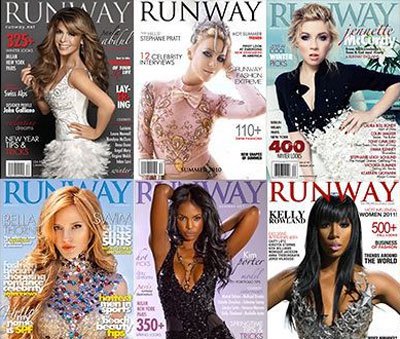 Runway has a wide reach. The flagship “Runway” Fashion Magazine reaches 350,000 readers with a quarterly 100,000 print run. 17,000 brick and mortar locations carry the magazine, including Barnes and Noble, Target, Walgreens, Hastings, Hudson News, Walden Books, Books-a-Million and many others. Home Delivery is available by subscription, online.

Luxury hotel chains in Los Angeles, Las Vegas, and Phoenix provide the company’s large format local Fashion Magazine, Catwalk Magazine in their rooms. There are plans to expand to every major city in the US.

The Luxury Celebrity Fashion TV Channel, Runway TV, can be seen on all digital platforms, including Roku and Google TV. Runway TV features Runway shows, fashion weeks, reality shows, fashion movies and other fashion events and content. The company is currently negotiating with major cable providers to bring Runway TV to households throughout the US.

For fashion-conscious teenagers, there is the fashion magazine, Runway TEEN. Readership for Runway Digital, available by subscription in all digital formats, is around 180,000.

The value of the company can be seen in the 60 website URLs, eleven U.S. trademarks, covering each magazine and TV property, and 180 foreign trademarks, many licensed to publishers around the world.

“The acquisition of Runway brings technology to Imagination TV, which we needed to expand onto cable systems. Runway’s proprietary broadcast system fills all our needs to broadcast Imagination TV 24/7, across cable TV. Their ad servers give us the ability to monetize all online and broadcast properties. Runway will join us with an incredibly talented staff, which will help us build all of the brands, company wide. This merger puts our content in front of readers and viewers in all popular formats. With this, we can build a sales force with a greater ability to serve any client ‘s advertising needs, offering advertising over all popular formats.” – Steven Samblis, Imagination TV CEO

Imagination TV is available via www.myImaginationTV.com and FilmOn.com – the largest digital television provider, with more than 40 million unique viewers each month. A very interesting idea is that viewers can browse and purchase videos and ebooks based on the programming they’ve just watched.