It’s been a while since the trailer for Danish zombie apocalypse “Escaping the Dead” was shown to the world. The production has been on a hiatus, but the team behind it has definitely not been laying on the low nor stood still.

A new trailer has been released, featuring a cameo by none other than Mr. Troma, indie guru Lloyd Kaufman: 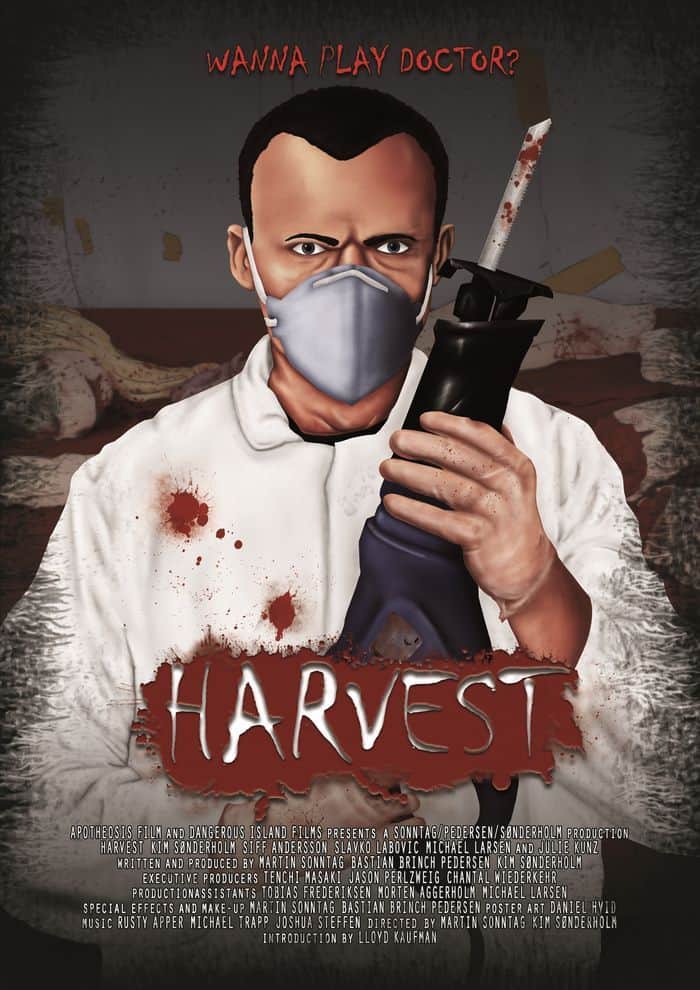 “Escaping the Dead” is inspired by a series of articles about the deathdrug “Krokodil” that was published about the same period of time when Ronald Poppo had his face eaten by a naked man hooked on bathsalt in Miami. It is the perfect zombie plot: a deathdrug that turns people into zombies. The film has its starting point in a typical day for the lead character, David. David is the local marihuana pusher, but he is the kind of dealer that smokes more than he sells.

In the meantime the country has been hit by a new deathdrug and when David and his partner in crime Ahmir is offered some exceptionally cheap cocaine they see it as an opportunity to earn big money at the big techno concert the following Friday, but the cocaine turns out to have a terrible side effect that creates a giant zombie outbreak that spreads across the entire Copenhagen. In the film we follow David and his bloody fight out of the city.

Directed by Martin Sonntag and Bastian Brinch Pedersen, the film stars Bastian Brinch Pedersen (who is also the co-director and producer of the film) as David, Rama Ozel as Ahmir, along with Dorte Romer (“Breaking the Waves”) and Kim Sonderholm (“Cannibal Fog,” “Run,” “House of Many Sorrows”) playing Lars the policeman. Recently Lone Fleming, legendary horror actress from the “Blind Dead” series and Danish origin joined the cast to play Davids mother.

Since meeting on “Escaping the Dead” in late 2013, Sonntag and Brinch Pedersen have teamed up with Sonderholm to do the short horror film “Harvest” (Original Danish title “Hosten”). This film is now finished and will be available to the world via film festivals and the likes in the near future. Attached to this email is the poster for said short film.