While I was in high school I used to enjoy going to Sylvan Beach to the clubs and watched groups like Andy and The Classics.

Sylvan Beach to me, was a way for me to forget about my childhood troubles, enjoy the rides and meet the musicians who played in the bands, along with pretty ladies. That was over 45 years ago. Amusement Parks were the popular way for the family to have fun, during these times, when life was a bit slower and there were not nearly as many activities and entertainment as there is today. 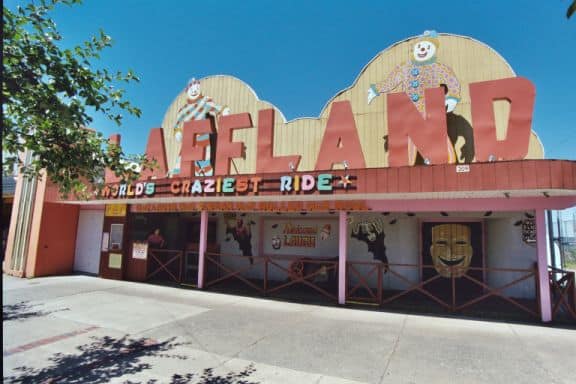 Sylvan Beach was founded by Oliver Stevens in 1789 on a lake which is 80 square miles. Today, it is still popular, especially during the Halloween season with such rides as Laffland, which was installed in 1954.

Partrick Goodenow, the president of Sylvan Beach Amusement Park remembers when he was a young man working at the park. Little did he know at the time that he would eventually own the park. Patrick however had a deep interest in the rides and the arcade. That was just the beginning though.

As an educator, Mr. Goodenow realized his dream about arcades and amusement rides in later years but didn’t realize what was to be, when he purchased the Yesterdays Royal Hotel and found out that it was haunted. However, it has a friendly ghost that has existed from the early days. 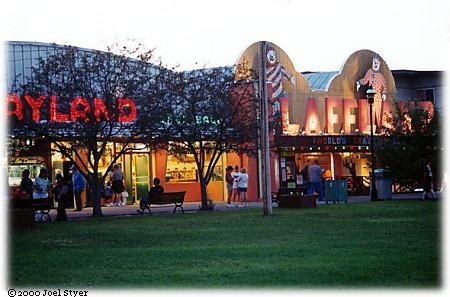 According to Mr. Goodenow, one day upon closing the restaurant, he realized he had left some important papers and returned to his office. Upon his arrival he noticed the lights were on. So, he turned them off, only to find the next morning the lights were on again. This had gone on for a while. That is until he had completed some research to find that there was a gentleman who had lived in the hotel years ago, when it catered to workers in the area, before it was closed. That is one of many stories. This year, Sci Fi Channels Paranormal Activities spend a week at the restaurant and park, finding results through their electronic devices that indeed there’s evidence of ghost at Yesterdays Royal Hotel. The article was also published in the Syracuse Post.

With all this news, Sylvan Beach has attracted lots of folks each Halloween. The Royal, its nickname also provides live music on the weekends, and lots of good old American food. For a fun time for the entire family, enjoy The Sylvan Beach Amusement Park and Yesterdays Royal Hotel.