Former world champion figure skater Oksana Baiul won the Olympic Gold Medal when she was just sixteen. She moved to Canada with her coach, and then reportedly moved to America where she seemingly enjoyed the freedoms of The United States and the great wealth living in America provided by working in the entertainment industry here and signing with the super power agency William Morris- one of the two most important and powerful talent agencies in the world. Her financial success is attributable largely to William Morris Agency (now William Morris Endeavor), and their status and power as an A-list, world class, and world wide agency. And yet, the 35 year old woman- who was reportedly arrested in January of 1997 for drunk driving after crashing her car into a tree in Connecticut-is now reportedly attacking the very hands which helped feed her.

Nearly twenty years later, as her name has been largely forgotten by the American public, and other skaters have emerged for nineteen years hence to take her place on the competitive rink; An apparently jaded, bitter, and desperate Oksana Baiul is evidently after a money grab and a shred of shameful fame by reportedly bringing a lawsuit against William Morris Endeavor and the very team who helped her. According to the complaint reportedly filed in November of 2012, she reportedly states that agents represented to her that she “could enter into valid contracts as a minor without a legal guardian.” This is undoubtedly an absurd claim. William Morris helped set the standards of entertainment industry contracts and protocol which other top agencies follow, and they are surely wise enough, lawyered up enough, and ethical enough to not violate the law in such a manner. No agent in their right mind would ever sign a minor without the signatory of a legal guardian- and William Morris I gather, is certainly no exception. 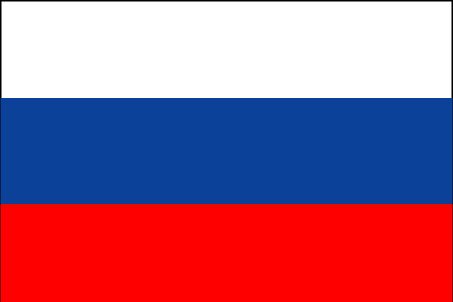 The desperate seeming Baiul complains that she did not understand English when she was sixteen. That’s too bad. But if she didn’t, and if her guardian did not translate English correctly, that’s the fault of her guardian- not the agency. Baiul has seemed to enjoy the benefits of living in America, and the results of the hard labor by an industry great- William Morris Endeavor. Now, nearly twenty years later, she is reportedly trying for a money grab. This is low and dirty. And, she may not only be doing a dis-service to her self, to women, to the respectability of her own legacy, and that of one of the greatest agencies in the world, but she may also be doing a great dis-service to young athletes, and particularly young Russian entertainers and young Russian females the world over. The world of entertainment may look at Bail’s actions and may think twice about signing a child the next time they sit in their office with their parents or guardian- especially if that kid is from Russia, thanks to Baiul.

Further, all William Morris contracts that I have seen specify that disputes will be resolved out side of court, by arbitration. If Baiul can now read English, then she it seems she has little respect for America by disrespecting its laws and contracts which she may be violating, at the expense of American taxpayers who did not get paid a very nice living to ice skate. She is presumably wasting the time and money of the courts, and of American citizens who actually appreciate what this country has to offer, and after she has gained greatly from this nation, she is now attacking the very people in it that helped make her who she is- or at least, who she ‘used to be’- a former winner.

Tyra Banks, Adele, Ben Affleck, Amy Adams, Matt Damon, Claire Danes, and hundreds of other stars are happily signed with William Morris Endeavor with no problems. Now, the ever seeming desperate Baiul has reportedly just sued yet another, a promoter, and now yet another- NBC, for further alleged absurd claims. Talk about burning bridges in Hollywood.

If Oksana Baiul spent all her money and has now learned English, that is not a valid reason for a lawsuit against the agency that helped her like few others could- or NBC- or anyone else she can try to think of from the ghost of history’s past. Perhaps she needs to accept that what she had is now over, and realize, she will leave a very tainted legacy in the sports world if she keeps attacking the very greats that helped her along the way.