When I wrote an article for NewsBlaze dot com last week titled ‘TV Viewers Generally Avoid Commercials- Unless You Hire The Funny Guy,’ there were two things I forgot to mention that I want to fill you in on here now.

I CONFESS – I HATE MOST COMMERCIALS

One thing I will confess, is that I am one who generally avoids most commercials. I hate most of them. I state that in reference to the following paragraph I wrote last week here; “It’s difficult to get people to watch commercials. Most people simply want to skip past them.” After I became a talent manager however, I was partly doomed. Have you seen such and such commercial? Casting directors would ask me. Ugh, I had to start watching some! And of course when a client would land one, well then I ‘had’ to watch it. If I didn’t, I would be a schmuck.

WHY I HATE MOST COMMERCIALS

Admit it, most commercials have bad actors- if you call them that, annoying products or services you could really care less about, and stupid story lines that are about a hundred million miles below your intelligence level. The directing is usually lousy, the camera work cheap, the lighting and set design tacky, and the music and story- if there is any, is worse than much of that top 40 junk you see on the latest version of the gong show. Yet, a few commercials rise above these trappings, and are actually great art or entertainment in their own right. 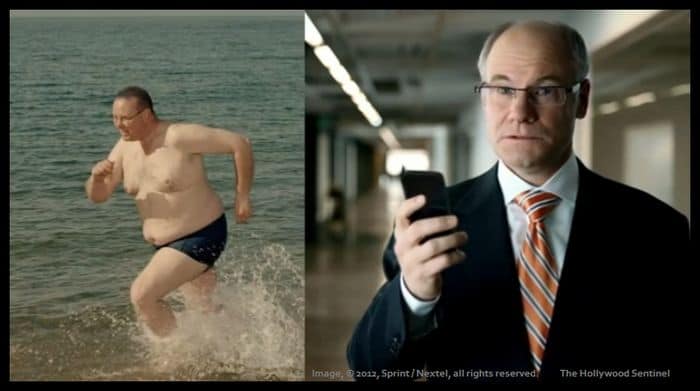 THE COMMERCIAL JINGLE FROM HELL

There is of course, that dreaded commercial lingo from hell. Surely we all know of the commercials with the jingle that gets stuck in your head, that you can’t shake for days, months, or at times- even an entire lifetime. These commercials can entice love in some viewers, or outright detest.

In fact, I’ve read where the CIA and U.S. government have actually used certain commercials to torture enemies or to get them to run out of caves they have been hiding in. Now, this may be false data, but I could believe it. I know I’d sure run fast out of a cave if they started blasted certain jingles at me- not that I’m in hiding, but you get the idea. Yet, there are a select few commercials that I do actually watch- and love.

WE ALL LOVE COMMERCIALS WITH STARS

I don’t care how much I dislike a product, or am indifferent towards it, if I see a commercial for anything, and it stars Scarlett Johansson, Tom Cruise, or Sean Penn among others, I am watching. And, such is the latest commercial with one of comedy’s funniest, who is ranked as the worlds’ best impressionist.

‘Sprint’ solved the problem of viewers skipping past their spots, and the public hating their commercials, in two ways. One, they got a great creative team to write some catchy spots, and two, they went straight to Hollywood to hire comedy’s funniest and most talented celebrity impressionist, T.V. and movie star Jim Meskimen.

Companies included Old Navy and Sprint are turning to stars as Jim Meskimen to attract viewers to watch their commercials. Like Jim Meskimen’s ‘Old Navy’ spot that is racking up thousands of viewers each month on the internet alone, the ‘Boss – Unlimited Sprint Commercial’ is racking up viewers even nearly a year later online, and even getting fans of the commercial sending the star – Jim Meskimen letters as if they had just seen their favorite episode of ‘Friends’ for the hundredth time and were trying to get an autograph from sexy star Jennifer Aniston.

Viewers can see the Sprint commercial in the link at the bottom of this page. According to their website, ‘Sprint Nextel offers a comprehensive range of wireless and wireline communications services bringing the freedom of mobility to consumers, businesses and government users.’ Jim Meskimen’s performance in the commercial makes the national commercial spot a proven success. Sprint Nextel should be happy. The commercial is so popular it even has countless fans debating its’ merits online.

Comic star Jim Meskimen has been a professional actor for nearly thirty years. Jim has appeared in the films Apollo 13, The Grinch, Frost/Nixon, The Punisher, Not Forgotten, There Will Be Blood and many others. Some of Jim’s TV credits include Friends, Whose Line is it, Anyway?, Fresh Prince of Bel Air, Castle, Lie to Me and Rules of Engagement.

In the 1980’s and 90’s, Jim had a thriving career as a man-on-the-street interviewer for improvised TV and radio campaigns for grocery stores, bank cards, coffee makers, and a host of other clients that won awards for several major advertising agencies.

As an impressionist, his impressions of political figures in the 2004 election were showcased in animated cartoons by Jibjab that were among the most popular items on the Internet. His viral video, Shakespeare in Celebrity Voices topped three-quarters of a million views in 2011 and his subsequent impressions videos have cemented him as a major YouTube talent. The Australian Today Show dubbed him, “The World’s Greatest Impressionist.”

Jim Meskimen’s commercials are hugely popular, and you can see why here below. View The Boss Unlimited Sprint commercial starring Jim Meskimen in the link here below. Meanwhile, let’s hope more companies like Sprint and Old Navy use talent as appealing as Mr. Meskimen more in the future- I don’t need another excuse to flip the channel.

For more information about Jim Meskimen:

Read the first part of this article here: