NewsBlaze News
Home Business Finance Who is to Blame for the Plummeting Oil Prices?

The latest oil shock has seen crude oil prices trading below $50 per barrel as prices plummeted by 60% since last summer.

BP and BG are about to announce big cuts in capital investment and jobs and profits are plummeting, as Royal Dutch Shell has already said it will cut spending by Pounds 10 billion over the next 3 years, in response to market oil prices which have fallen from $114 to $47 a barrel over the last half year. All the oil majors are in a similar position.

According to The New York Times Friday 30th January “for the first time since the 2008 financial crisis, ConocoPhillips the US third-largest oil and gas producer, reported that it had lost money, $39 million in the fourth quarter in contrast to a profit of $2.5 billion the year before. Occidental Petroleum, another large producer in United States shale fields and the Middle East, said it lost $3.4 billion in the quarter, in contrast to a $1.6 billion gain in the same quarter in 2013.”

The collapse of oil prices is hurting badly. Historically Saudi Arabia was always to blame when prices of oil were too high – now prices are at their lowest since 2009, and ironically Saudi Arabia is still being blamed. The collapse of oil prices is hurting badly, with Iran, Russia, Venezuela, shale oil producers in the USA, and offshore producers in the North Sea and the Gulf of Mexico all pointing the finger at Saudi Arabia. But is Saudi Arabia to blame – is this a result of economic or strategic considerations – or are there other factors?

The passing of King Abdullah of Saudi Arabia recently will not result in a change of Saudi oil policy. All the indications are his successor King Salman will pursue the same oil policies as before. According to Bloomberg 26th January “A consensus has emerged since the death of King Abdullah of Saudi Arabia that the kingdom will not change course on oil policy. … Moreover, while it looks unlikely that the kingdom will alter oil production in the coming months, barring a major change of heart of non-OPEC producers, interesting changes to Saudia Arabia’s cabinet roster and other energy policies and could be closer than most realize.”

It is now clear that the Saudis will stick to the policy of producing around 10m barrels per day and will not curtail production soon. The Saudi Oil Minister was quoted as saying “We may not see the 100 US$ per barrel again.” I don’t subscribe to the view that the collapse of oil prices is a conspiracy conceived in Saudi Arabia and approved by Washington to force Iran to make tangible concessions in relation to its nuclear enrichment programme. Neither do I accept that it is a plot to punish Moscow for its intervention in the Ukraine.

Most media reports blamed Saudi Arabia for driving down the price, thus causing serious damage to the world’s major oil exporters such as Russia and Iran. Reuters reported on 14 December that “Iranian President Hassan Rouhani has blamed unnamed countries of plotting to bring down crude prices and said the recent slump in oil prices was not based solely on economic factors.”

The facts are more complex. Experts are of the view that the fundamentals are pointing to an excessive supply and to weakening demand. It is widely known that OPEC is a 12-nation cartel that aims to manage the supply of oil in an effort to set the price of oil on the world market in order to avoid fluctuations that might affect the economies of both producing and purchasing countries. In the long term its influence has reduced – it now speaks for a third of world output, down from a half 25 years ago. And recent developments have again exposed the cracks in OPEC and undermined its mission and purpose.

The real reasons for the slump in oil prices are weak demand in many countries mainly in China due to weaker economic growth, coupled with surging US production. Oil producing countries inside OPEC such as Iran and Venezuela have lobbied the Saudis to make significant production cuts.

But Saudi Arabia and the Arabian Gulf states have so far refused to contemplate any cuts. They don’t want to lose market share just to please Iran and Russia. 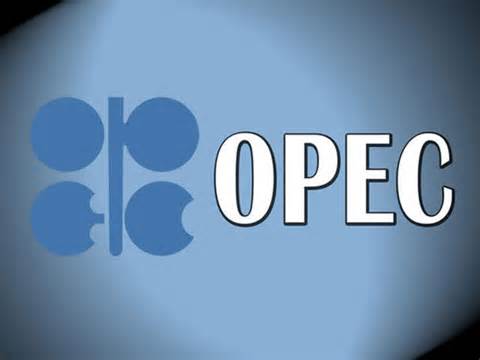 As American companies have pumped soaring amounts of oil from shale, U.S. imports of Saudi Arabia’s crude oil and petroleum products have also fallen, dropping to 25.6 million barrels a month in October, from more than 42 million barrels a year earlier.”

World And US Oil Production

The combination of a shrinking Chinese demand and expanding US production has resulted in a big surplus. The oil glut has driven the prices to below 50 US$ per barrel which is 60% below the prices of 6 months ago.

American shale-oil and gas producers in North Dakota and Texas are now feeling the pinch. The relatively high production costs means that they need a price in the range of $60-$70 per barrel as an absolute minimum to be commercially viable, although some fields are still profitable at $40 a barrel. Media headlines screamed “OPEC declares war on shale oil producers.” However, the Financial Times on 9 December 2014 stated rather more calmly: “rather than a war, the US shale industry is braced for a test of endurance. As the pressure on oil producers mounts, weak companies face the threat of dwindling investment, faltering production, forced asset sales and possible bankruptcy.”

A price of 50 US$ per barrel or less is catastrophic for the shale oil and offshore producers. In Saudi Arabia it costs only a few dollars to produce a barrel of oil. Another factor is the fact that the USA stocks of crude oil increased by 8.87 million barrels to 406.7 million, excluding crude stored in the U.S strategic petroleum reserve, according to the U.S. Energy Information Administration’s report for the week ending last Friday 30th Jan. That’s the most in records compiled since 1982.

The US is producing approximately 70% more oil than it did in 2009 and its import bill for OPEC oil has been cut by 50%, reducing its strategic dependence and boosting its industry as a result of lower oil and gas prices.

The main winners are countries which import most of their energy needs from OPEC, consumers in Europe, Asia and the USA as well as the heavy industrial users such petro-chemical manufacturers. But the biggest losers are the producers themselves. Within OPEC, Iran and Venezuela have been hit hard. Outside OPEC, Russia, fracking companies and offshore producers suffered heavy losses. So regardless of motivations, the prospect is a reversal of the long term drain of wealth from consuming to producing nations – a significant strategic turnaround.

In a UK facing a General Election in less than 100 days, the fall in oil prices reflected at the pumps generates a feel-good factor, spikes “cost of living crisis” claims, and is estimated to be a boost to the economy by rather more than a 1p cut in income tax.

Saudi Arabia is not under any obligation to cut its production to help Iran, Venezuela, Russia or the US frackers in Texas and North Dakota. It suits Saudi Arabia if the frackers and shale oil producers are driven out of business, or severely hampered in the future.

What the Saudis are saying is this: Why should we sacrifice our market share just to help the high cost offshore producers and the frackers? The simple explanation may have more substance than any conspiracy theory.

We must remember OPEC production remained unchanged between 2013/2014 whilst the US increased its production by 2 million barrels per day – the slow slide from all-dominating OPEC continues, to the strategic benefit particularly of the USA, EU and East Asia. (Does China have a price review clause in its mega-deal with Russia for gas supplies?)

And at the moment, Saudi Arabia is no mood to help any competitor by cutting down production.