Injustice and exploitation of human labor have been around as long as humans. The concept of social justice came about in the early 19th century during the Industrial Revolution and subsequent civil revolutions. Its aim was to create more egalitarian societies and stop exploitation. BDS (Boycott, Divest, Sanction) bills itself as social justice, but it often hurts the people it purports to support.

BDS is a cancer on Israel, businesses and people, including Arabs. It would be a good thing to BDS the BDS-era and their unjust “social justice.”

Unilever plc is a British multinational consumer goods company with headquarters in London, Britain. It is the largest producer of soap in the world with products available in around 190 countries; the company’s products include food, condiments, ice cream, cleaning agents, beauty products, and personal care.

Unilever has invested in Israel where it has offices: Unilever Israel.

Ben & Jerry’s Homemade Holdings Inc., trading and commonly known as Ben & Jerry’s, founded in 1978 in Burlington, Vermont, United States, manufactures ice cream, frozen yogurt, and sorbet. Over the course of a few decades, the company went from a single ice cream parlor to a multinational brand.

In 2000 it was sold to the multinational conglomerate Unilever and it operates as a fully owned subsidiary. Ben & Jerry’s present-day headquarters is in South Burlington, Vermont, with its main factory in Waterbury, Vermont.

Monday, July 19, 2021, Ben Cohen and Jerry Greenfield, both Jewish, the funders of the ice cream maker, announced that they believe “it is inconsistent with our values for Ben & Jerry’s ice cream to be sold in the ‘Occupied Palestinian Territory; (OPT). We also hear and recognize the concerns shared with us by our fans and trusted partners.” Subsequently, Ben & Jerry’s joined the ongoing BDS attacks on Israel.

Ben & Jerry’s ice cream is produced and sold in Israel. The company’s statement that it will no longer sell its product in the “Occupied Palestinian Territory” – Judea and Samaria – where approximately seven hundred and fifty thousand Jews live, means Ben & Jerry’s has joined the BDS economic war on the Jewish state, Israel.

“The brand is run by a competitor’s business which owns the Ben & Jerry’s franchise in the Israeli market. Unilever Israel had no involvement in this decision. It was made by Ben & Jerry’s globally and its independent Board of Directors.

“We are very proud of our history in Israel and are fully committed to our long-term presence. We employ around 2,000 employees, the majority of which are in our factories in Arad, Acre, Safed and Haifa. In the last decade alone, the company has invested in the Israeli market more than NIS 1 billion, and will continue to invest in its business, bands and people, in the local market.” 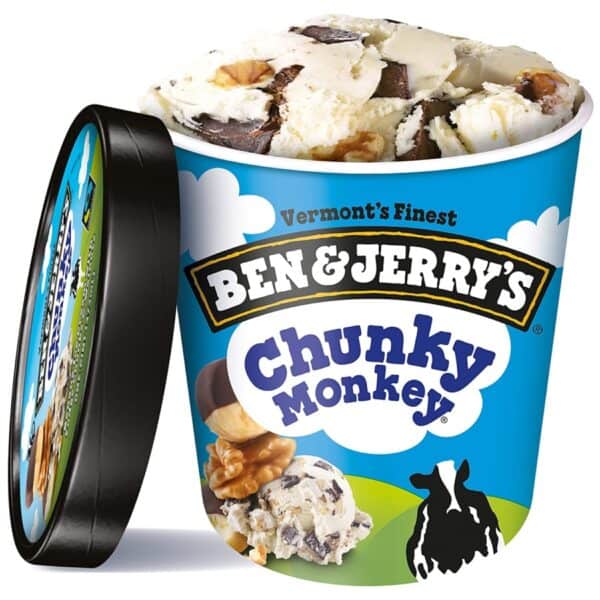 How About BDS-ing Ben & Jerry’s

Thereafter, the company was threatened with a massive economic boycott, combined with demonstrations in front of every store selling its product in the US, UK, and elsewhere.

To refuse doing business with seven hundred and fifty thousand Israeli Jews made it clear that Ben & Jerry’s ice cream was willing to sacrifice its name as an advocate for equality and social justice in order to express its support for hatred of Israel and Jews.

Avi Zinger, Ben & Jerry’s Israel Israeli licensee, issued a statement saying, “The international company has decided not to renew the agreement with us in about a year and a half in light of our refusal of their demand that we stop selling the product throughout Israel.

“We call on the Israeli government and the consumer public not to allow Israel to be boycotted. This is an unprecedented action on the part of Unilever, which owns Ben & Jerry’s International.”

According to Israeli law, Mr. Zinger is prohibited from carrying out a boycott, which he told the global company, Unilever.

In March 2021, Louis D. Brandeis Center for Human Rights Under Law, on behalf of Zinger’s company, sued Unilever and its subsidiary, Ben & Jerry’s, for boycotting Israel and unlawfully terminating its multi-decade business relationship. The lawsuit requested the U.S. federal court to deem Unilever’s business termination illegal, enabling it to continue selling Ben & Jerry’s products throughout all of Israel.

The world’s Jewish community and those supporting Israel to receive equal treatment as all other democracies, were disgusted with Ben & Jerry’s boycott act.

In 1996, Unilever Israel, the fourth largest consumer goods company in Israel that markets a wide range of products, about 85% of which are produced in Israel, including a variety of international and local brands, in the field of food and body and home care, entered the ice cream business in partnership with the Israeli company Strauss. In 2010, Unilever made two major acquisitions: Unilever Israel became “Bagel-Bagel” full owner and at the same time, Unilever completed the purchase of another part of “Strauss Ice Cream” and became 90% owner of the company. At the beginning of 2014, the concern acquired the remaining ownership of Strauss Ice Cream and now holds 100% of the company’s shares. In Safed, Unilever Israel operates Bagel-Bagel and Klik, a chocolate production company.

By relocating its Bagel-Bagel, an Israeli factory for the production of baked snacks, owned by Unilever Israel, the Israeli branch of Unilever Multinational Corporation, from the Barkan industrial zone, in Samaria Israel, to the city of Safed Industrial Zone, in Northern Israel, the conglomerate had applied unjust ‘social justice’ to the Arabs who worked in the Barkan plant

Vered (Rose in Hebrew) of Galilee is an American-style ranch in the Galilee, uphill from the northern shore of the Sea of Galilee. It was founded in 1961 by Yehuda Avni, a Chicago-born Jew who established himself in Israel in 1949.

The reason for the move: Global Unilever will not conduct activities in “the territories.” That statement refers to the area that Israel liberated from Jordan’s 19 years of illegal occupation, called Judea and Samaria. In other words, Global Unilever is involved in skewed and obfuscated politics against Israel.

Did Unilever succumb to BDS and the Left’s pressure to move? Or it was for political reasons, the same reasons Ben & Jerry’s decided to boycott Judea and Samaria residents?

When Unilever acquired a bagel company based in Barkan, Samaria, just like other manufacturers located beyond the imaginary “green line,” it knew it had to deal with the BDS boycott threats. Paradoxically, most of the factory workers in the Barkan plant were Arab residents of Samaria. The move meant they all lost their income. The company’s ‘social justice’ stance was unavailable in the Ramallah regime.

Was the motive for Unilever’s move purely logistical? If so, that would mean there was no reference to political considerations. What they actually achieved by that move was to inflict serious financial and social injustice on every Arab who worked at the Barkan plant. All of the Arabs working there became unemployed with no chance of an alternative job to substitute the loss of employment at the Bagel-Bagel plant.

It is worthy of mentioning here that Arab employees at any Israel enterprise earn the same salary and receive the same benefits as any Israeli employee. These are salary and benefits unmatched by any job Ramallah can offer, if it can at all offer anything. 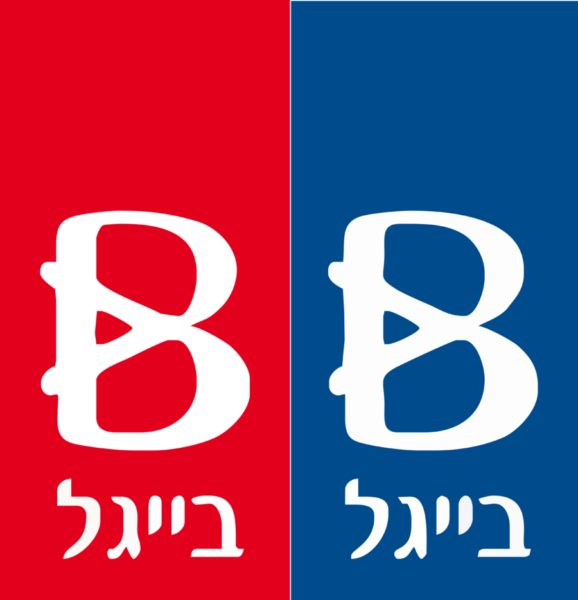 Moving Bagel-Bagel to Safed carried a local employment issue. Some 200 new jobs in the city of Safed eased Safed’s unemployment crisis in no small measure.

The mayor of Safed praised the move. For him and his city’s residents it was a moment of delight when Unilever made its decision to move.

But Do Not Worry Unilever

In 1988, the old Bagel-Bagel factory, established by the Bagel family, moved to the Barkan industrial zone in Samaria, in which about 140 workers were employed, many of whom were Arabs, residents of Samaria.

Unilever had an interest in exporting its Israeli flavor products abroad, and then they encountered a problem called BDS. The factory’s location was beyond the imaginary ‘green line,’ the ceasefire line of 1948 Israel War for Independence. Unilever faced the BDS boycott pressure of Israeli products in Europe constantly coming from the Left-wing and anti-Israel organizations and activists who are pro-Arab (the imaginary Palestinians).

However, the head of the Samaria Regional Council said: “For every factory that will be vacating Samaria [because of the pressure of BDS], ten other factories will come in its place.” The social justice warriors fail again.


Through the recent court case, Unilever CEO Alan Jope discovered that the law applies to his company too. David May and Richard Goldberg recently wrote an op-ed about CEOs boycotting Israel. They said, “Jope’s stunning reversal serves as a warning to other executives: boycott Israel at your own peril.”

As I wrote in a previous op-ed, Judea and Samaria are Israel’s continuity Assurances.