“I have every right to be angry!” so says one of the “Irvine 11” – the Muslims who in February, 2010, disrupted then Israeli ambassador to the US, Michael Oren, at a talk at the University of California, Irvine, and were subsequently arrested.

Almost five years later he sits as part of a panel discussing the role of USA in Israel/Palestine. He is by far the most militant, and certainly the most frightening.

From right to left, there are two Jews on the panel, a Christian and two Muslims.

The moderator is from a local progressive/liberal radio station, KPFK. My colleague, with whom I write this series, once applied to this station. She quickly withdrew her application when she understood she would be expected to restrict her stories to anti-Israel.

Humming in the back of my mind throughout the evening is our own radio program on Christian radio, “Conversations Eye to Eye.” Perhaps we should do the same outreach as this progressive station, “broadcasting from remote locations with live audience participation.” Talking to its own chorus of misguided believers and haters, the station has created the impression to their listeners that they are representing a majority opinion, not an outer fringe of lunatics. 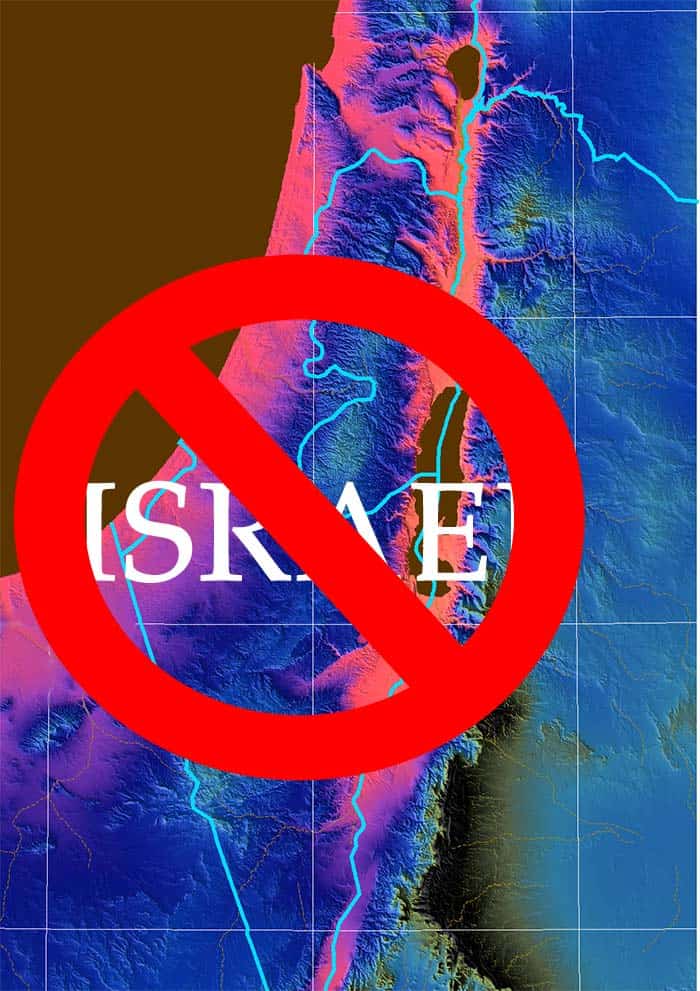 Tonight, there are three sane people among almost one hundred Israel haters. And there is one variety of hatred: the strongest.

Mistake not, the very presence of Jews does not absolve or allow the perpetrators their doing. They pay homage to an appearance of civility and claim to be critical of Israel’s policies but not against the Jewish people. This said, they then go on a constant attack that is tantamount to the expression of anti-Semitism in all its venom.

This panel was scheduled for the very last evening of the Jewish year by an organization purporting to be a “Jewish Voice for Peace.” In truth, it is worse than some of Israel’s sworn enemies. Being “Jewish” is solely utilized to attack Israel with supposed credibility and impunity, and often quite successfully so.

Do not even try to find a grain of positivity toward Israel. Her major sin is her very existence. But “we are Jewish, we hate Israel and will do everything to bring her down” is dressed in a gown of “peace” and ornamented with numerous sparkling words: equality, human rights, respect for international law, self-determination. I am sure I saw “Justice” somewhere, but it eludes me for now.

Yet even such marvelous jewels cannot hide the evil underneath. Alas, Satan and his minions compose those in attendance, and the dress is done, indeed, for one’s own benefit and appeasement of the soul. Let the Ball begin!

None of the major local Jewish organizations heeded the call to participate. Interesting, since it is exactly these organizations that normally would not miss any opportunity at interfaith dialogue and some publicity.

I glance at each of the panelists from right to left:

First is the Lion of Judea. I see the thoughtful, believing and honorable Jew. He made me proud and thankful. He came prepared, for he only knows the truth and has nothing to hide. But he was unprepared for what was to take place, a drop of pure water in a bucket full of tar.

Next is the Jew who tries to appease, weak, confused and thus respected by none. To the Jews he represents the extreme left, while to our enemies he is not to be trusted.

In the middle, a Christian, quick to retort and extremely well spoken in a most dangerous and sneaky way. Indeed, a “national leader and speaker for faith-based justice advocacy,” there is no doubt she does very well in the art of debate. But whereas the Christians I know are “People of the Book,” who put virtue on a pedestal, she, like the “Jewish” Voice for Peace uses religion as a means; once utilized, it can be tossed away. She talks about action to support one’s faith, but when the action is to bring down Israel, I have neither respect nor tolerance for her. Nor would Jesus in His time or His faith today.

A Muslim (or a Muslim-sympathizer) who is self-centered and so full of hatred he might explode. He is on a book tour, and was this week at the Levantine Cultural Center. Like “Jewish Voice for Peace,” the “Cultural Center” has a single agenda, and Israel cannot be toppled soon enough. The author, whose book is in the back for sale, works for “US Campaign to End the Occupation.”

And last among the five panelists is the national campus coordinator of “American Muslims for Palestine,” our “I have every right to be angry-and-do-something-about-it” recruiter. He is unabashed and unafraid. “Europe has fallen and the US is next,” he declares. He is angry, and the anger must be appeased. Like his fellow-panelist from the Christian faith has said, faith without action is dead, and his action is the most frightening of all.

Satan could not be prouder. There is a very specific agenda, and all roads lead to its fulfillment. Varying degrees of blindness, but his followers are able and ready. He stands and rubs his hands with joy, looking at the dream team in front, immensely excited, “oh, what a night!”

Truth tries to find a way in, but the walls are as deep as they are high, wide and impenetrable. The moderator has read many of the audience’s questions, written on 3×5 cards. He specifically skipped the following for Angry Taher Herzallah: “Have you joined, or will you join, the Islamic State (ISIS, ISIL or IS)?”

Anyone familiar with their operations and modus operandi would know that what was permitted on this stage was the perfect recruiting for IS. It was staged exactly like the beheadings. Every element carefully calculated and crafted for maximum effect.

The Head Recruiter for tonight’s gathering is neither ashamed nor careless. He is well grounded and aware nothing can happen to him. His actions are fully calculated, and he constantly pushes the boundaries, to see how much we would tolerate.

He looks around knowing he has the upper hand, for Americans are weak and afraid to take action. They fall in their own vomit while he is exercising his most elementary right of free speech. He fights for his “brothers and sisters” and his true belief. No harm can come to him.

A fine line separates free speech from hate speech and he is aware. But he also knows we Americans are too politically correct, and who, among an audience of 100 believers, would stand to protest what is being said?

For him, the only “JUSTICE” is the elimination of Israel, and all roads are permissible to achieve that end. Similarly, to achieve a global Islamic Caliphate, all methods are acceptable, including but not limited to public beheadings for international consumption, systematic murders of dozens, hundreds, thousands and tens of thousands (of their own faith) and rape and enslavement of women.

Are we naive or stupid? How do we allow such public gatherings? While we have started to take action against IS in Syria and elsewhere, we allow the spread of the very same ideology and methodology right here at home, and the only thing missing is a public announcement: “There is a sign-up sheet in the back.” Would we have allowed Nazis to march in Washington while we battled Hitler?

As Satan stands and watches, he envisions posters materializing all around, with slogans our current president likes so much to use so often: “Islam is a Peaceful Religion.” “Worry not from Jihad, it is a misunderstood word.” “ISIL is not Islamic, nor does it represent the true tenets of Islam.” “There is no ‘Terrorism’ or ‘Terrorists,’ only ‘Extremism’ and ‘Extremists.'”

The participants are excited, watching their every desire fulfilled. Finally, someone who understands their plight, misery, misgivings and call for justice. JUSTICE! Supported by these miserable Jews and by some Christians. Worry not: They will be the first to go when we achieve our goals. [That is exactly what happened to early supporters during the rise of Communism.

See Part Two of this story Satan’s Ball: I Am Israel: Shouted Down At Every Turn