NewsBlaze News
Home World Israel Is There a Unique and Parallel Code of Existence Between US and...

On July 4, 2002, at 11:20 AM, Hesham Mohamed Hadayet, a 41-year-old Egyptian national Moslem, living in Orange County, south of Los Angeles, California, carrying a 45-caliber semiautomatic Glock pistol, a 9-millimeter handgun and a 6-inch knife, shot and killed Victoria ‘Vicky’ Hen, a 25 year old ticket agent, who was working at the El Al counter, the state of Israel national airlines, at Bradley International Airport Building, LAX, Los Angeles. He then opened fire on a line of 80-to-90 people who were waiting in line for El Al’s outbound flight #106 to Toronto and ultimately to Tel Aviv, killing 46 year old Yaakov Aminov and wounding four others. Hadayet was then shot dead by Haim Sapir, an El Al security guard. 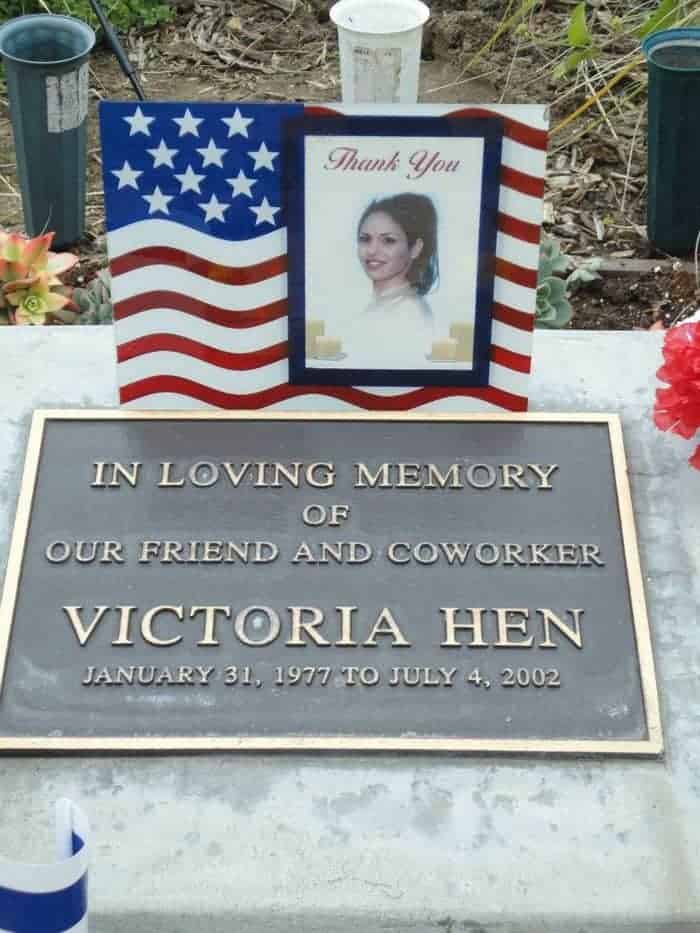 After the attack, when the police searched Hadayet’s apartment, they found a sign taped to his door saying, “Read the Koran.”

The FBI concluded that the attack was terrorism, although the gunman acted alone. In September 2002, Federal investigators concluded that Hadayet hoped to influence the US government policy in favor of the Arab-Palestinians, and that the incident was a terror act.

Vicky Hen was on her job with El Al for only two months; she was greeting and assisting passengers flying business class. Coworkers said that Vicky had a talent to take care of people and problems always with a smile. The following day, her fiance was to have formally ask for her hand in marriage in a family gathering.

Victoria Hen was buried in Los Angeles and survived by her parents, Avinoam ‘Avi’ and Rachel Hen, and her young brother Udi.

Like each year, for those who remember this Islamo-jihad terror act, the 4th of July celebrations’ day began with remembering Vicky Hen, Yaakov Aminov and the horrific terror attack. At exactly 11:20 AM, while standing by the plaque in Vicky’s memory, placed in a small yard on the side of Bradley International Airport Building, LAX, the attendees lowered their heads for a moment of silence in memory if the innocents their lives were cut short.

Due to the diligent and influential work of Vicky’s father Avi Hen, Orly Halevy, a professional photographer, a community activist and a friend of Hen family and Scott Jacobs, of Democracy Broadcasting News, unlike previous years, this year the media came in full force to cover the memorial ceremony LAX El-Al Terror Attack: 10 Year Memorial

Scott Jacobs moderated the commemorating ceremony. Danny Gadot, Consul of Consular Affairs at the Consulate General of Israel, Los Angeles, spoke and said that all people must stay together against terrorism. Klaus Benamy-Hackel, who was El-Al Station Manger and Vicky’s boss at that time remembered Vicky and could not hold back his tears. And Amani Mustafa, a former Muslim, an apostate, who fled oppression in Egypt to the land of the free, the United States of America, and is now working for The Mission of Ministries Network that reaches out to Muslims around the world with the truth about Islam, delivered her tribute speech in which she said that love conquers hate and fear, the hate and fear Islam so easily portrays to have and the love it so much lacks. Ms. Mustafa also mentioned that since 9/11 over 19,000 deadly attacks by Moslems took place.

In the past ten years the Hen family encountered many obstacles before the government of Israel finally recognized Vicky as a terror victim. Avi Hen has dedicated much of these past ten years to unfold the motives of Hadayet’s act, the efficiency, or lack, of the FBI and airport security that could have prevented this terror act; there are mounting evidence that are not favorable to our security forces.

On this day, July 4th 236 years ago, a group of fifty or so men gathered in what would become one of the most important meetings of all time. They had spent months discussing and weeks deliberating to have arrive to this moment. In a vote that would have monumental consequences, on July 2nd, 1776 the Continental Congress decided that the American colonies should declare their independence from Great Britain. Two days later, the United States Declaration of Independence was signed.

“The second day of July, 1776, will be the most memorable epoch in the history of America. I am apt to believe that it will be celebrated by succeeding generations as the great anniversary festival. It ought to be commemorated as the day of deliverance, by solemn acts of devotion to God Almighty. It ought to be solemnized with pomp and parade, with shows, games, sports, guns, bells, bonfires, and illuminations, from one end of this continent to the other, from this time forward forever more.”

I continue my claim that we are living in an Era of Absurdity. We have subjected ourselves to accept Islam for what it is, a murderous political ideology, and we have taken a defense mode against it rather than defeating it.

I also claim that there is a unique and parallel code of existence between the USA and Israel.

Vicky was murdered on the same day Americans celebrate America’s independence and the founding of a country that believes in one nation under God, indivisible, with liberty and justice for all. Hesham Mohamed Hadayet did not believe in American principles; he believed in the Koran that teaches the hate of Jews and other non-Moslems and he acted according to these warped principles.

Hadayet was found to be connected to Egyptian jihad militant Islamic group. One of such groups is the Muslim Brotherhood its emblem is green in color with the Koran and two sharp swords in it. In 2005 they published a map of the world in the center is a green area, the color of Islam, and in a lower panel it said: “One hundred years from now,” with the field completely green.

So let us connect the dots. Islam’s followers are out to kill Americans, as we saw in 9/11 and want to conquer the world. They are out to kill Jews, as we see in Vicky’s murder and the innumerous Israeli-Jews victims of Islamo-jihad terror.

On the 4th of July let us remember what we stand for, and that is liberty; let us remember Vicky Hen and Yaakov Aminov who died because they were Jews; and let us not forget and stand by the grieving family, Rachel, Avi and Udi Hen.

May Vicky’s memory be blessed.