The best way to fight anti-Israel propaganda is not to ban it but to forcefully restore the truth, and spread it as widely as possible.

In Vancouver, Canada, a group of Palestinian organizations intend to post an advertisement on Vancouver buses. The same combination of maps in the ad appeared in an article posted in March 2010 by Prof. Juan Cole, a professor of history at the University of Michigan.

Major Jewish organizations opposed the posting of this ad. I believe there is a better way to counter the falsehoods contained in this ad, and that is with solid factual evidence rather than oppose its posting – a move that would be criticized, as usual, as an effort to curtail “freedom of speech.”

Here Is A Cursory Analysis Of This Ad

The ad is the crudest form of propaganda. Unfortunately, many people will fall for it, totally unaware of its blatant assault on the truth from beginning to end.

Their pictorial narrative starts in 1946. That’s a bit late! It’s like describing WWII as starting in June 1944 and showing the Normandy landings on D-Day as an unprovoked, disproportionate aggression against the peacefully idyllic French countryside. Nobody in his right mind would do that. But historical truth is not a category that Arab-Palestinian propagandists take to heart: they have lots to hide and they know full well that their forged narrative would be most inconvenienced had the timeline been rolled back to 1920, as it should.

From the time of Emperor Hadrian (in 135 CE) to the end of World War One, Palestine was just a geographical region, very much like the Prairies in North America, Patagonia in South America, or the Sahel in Africa. It was only in 1920 that, for the first time in history, Palestine became a legal entity, and for the sole purpose of establishing there a Jewish National Home, bound to become a State at the end of the Mandate trust granted to Britain. The British, often in connivance with the Arabs, did their best to violate their legal obligations but did not succeed in preventing the Jewish People from reaching their internationally recognized aspirations to nationhood.

The second map reflects the Partition Plan recommended by the United Nations in November 1947 in spite of its violation of the terms of the Mandate, still in force at that time. The Zionists, under tremendous duress in the wake of the Holocaust, accepted the truncated territory but the Arabs rejected it unequivocally and they attacked the nascent Jewish State of Israel in May 1948, on all fronts. This was a naked Arab aggression, recognized as such by the civilized world and by the UN (which was not yet plagued by the absurdities of political correctness at that time). Any self-respecting adult or group must take responsibility for their actions. This rule doesn’t seem to apply to the Arab-Palestinians who wrap themselves in the mantle of perpetual victimhood and refuse to show any accountability for the decisions made by their leaders.

Jordan Annexed West Bank For Itself, Not Palestinians

The third map shows the territory of Israel from 1949 to 1967, bound by the Armistice Line of 1949 (the “Green Line”), and including 78% of “Western Palestine,” as it was referred to by the British after they lopped off the eastern part (Transjordan) in 1922 and made it an exclusively Arab land, thoroughly Judenrien, and later expanded into the Hashemite Kingdom of Transjordan. What this map doesn’t show is that in 1950 the Hashemite King Abdullah of Transjordan illegally annexed the “West Bank” into the newly renamed Hashemite Kingdom of Jordan, and never thought of meeting the so called “legitimate aspirations of the Palestinian people” by creating the much vaunted “Palestinian State” during the 17 years when he could have done so.

Instead, in June 1967, King Hussein of Jordan violated the Armistice Agreement of 1949 and joined Egypt and Syria in another aggressive war against Israel, as the continuation of the aggressive war of 1948 which the Arabs also started and lost. And the result was the same: further loss of territory when, after the Six-Day War, Israel liberated and repossessed the “West Bank,” as it was fully entitled to do by international law; and the same rejectionist attitude from the Arabs who believe they can freely launch military aggressions in violation of the UN Charter without incurring any penalty.

The fourth map shows Israeli territory since 1967 with the areas controlled by the Palestinian Authority following the Oslo Accords. Of course, there is no hint of the various Israeli peace proposals (by Ehud Barak in 2000 and by Ehud Olmert in 2008), which (astonishingly) offered the Palestinian Arabs over 90% of the so-called “West Bank,” a misnomer insidiously embraced by the pro-Arab world to avoid the embarrassment of creating an Arab state in Judea, of all places! After 1967, the Arab propaganda machine went full steam ahead to reverse the Goliath vs. David picture, which characterized the half-century long Arab war against Israel.

They invented a new “Palestinian people” and, with a helping hand from the Soviet KGB, depicted them as victims of foreign colonization, imperialism and Zionist racism. This Palestinian Narrative was unanimously supported by the General Assembly of the United Nations which, from 1973 onward, was subservient to the Organization of the Islamic Cooperation and major leftist blocs, and issued resolution after resolution in support of the “Palestinian cause.”

The building up of the forged Palestinian Narrative has been the greatest success of political marketing in recent times. Its nefarious effects are being felt to this day. The four maps presented by the Palestine Awareness Coalition are but one of its manifestations, far more telling for what they hide than for what they show, but surely successful in duping the uninformed:

But that’s the bread and butter of propaganda, after all! 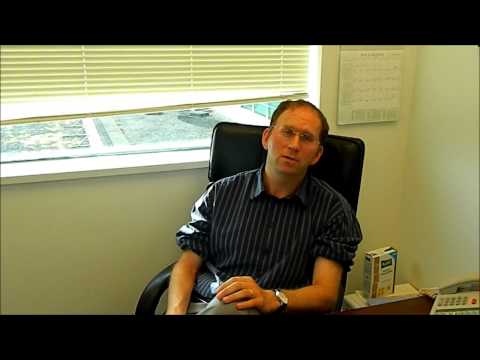