There can be little doubt that Israel would support the assassination of a top Hamas official, Mahmoud al-Mabhouh, who else would hate a member of such an organization enough to carry out a killing of this kind?

However, unless the recruiting standards for joining Mossad have fallen dramatically, it would be surprising if their agents actually carried out the murder.

From initial investigations, it would seem that all of the passports were faked. The names and passport numbers do not match official records and the photos (at least for the alleged “British” assassins) are hardly the sort acceptable by authorities.

Whilst we know Israel have used fairly large teams in the past to assassinate people they don’t like, would they really use (or need) eleven people to dispose of one man who was travelling alone? 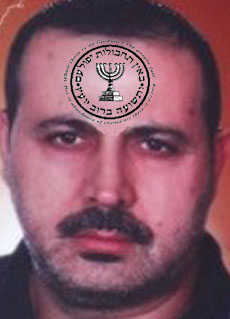 CCTV cameras also captured these eleven people very clearly, have Mossad agents ever been seen on film that easily before? A couple of the assassins were walking around dressed in sport clothes and carrying tennis rackets, and I was reminded of actors with stethoscopes hanging around their necks, to let people know they were doctors.

Obviously, those wishing to eliminate Mahmoud al-Mabhouh achieved their goal, but it seems to have been accomplished by a team of amateurs. It is very unlikely that such amateurs could produce fake passports like this, but we do know that Mossad have achieved this in the past.

Regardless of who physically carried out the killing, they must be caught and questioned. But we should also make every attempt to bring to justice those who backed the operation.

An Israeli official commented on TV (today) that many countries carry out such killings. This I am sure is true, but does that make it right? Are those involved in such tactics any better than their victims? What is the point of having a law if we do not follow it?

With the US being accused of torturing suspected terrorists (and Britain helping to cover this fact up), all the civilian lives lost in places like Iraq and Afghanistan, Israel screaming for a war against Iran to stop them obtaining a nuclear weapon (when they have illegally obtained more than 200 of their own), you have to wonder who the bad guys really are!