How the media reports the Israeli Palestinian Conflict

Understanding the conflict requires the knowledge of two important aspects; the history and origin of the conflict.

In 1948 when Israel was established on 78% of historical Palestine, large numbers of Palestinians were made refugees. Some 500 villages were erased.

In 1967, Israel occupied the West Bank and Gaza. 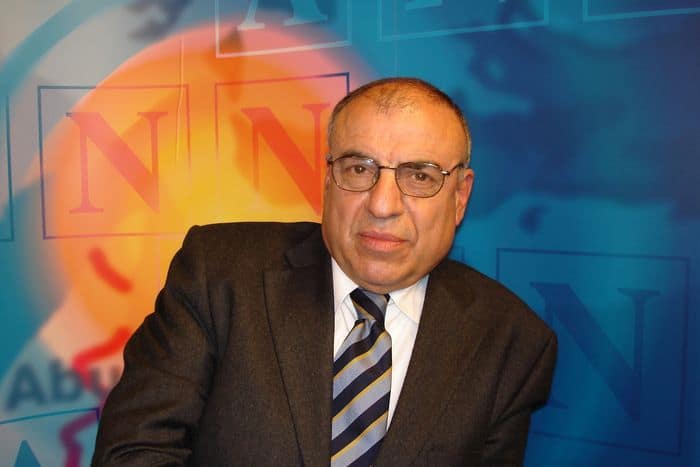 When the media reports the conflict, it rarely mentions the history and origin of the conflict.

A study by Glasgow University Media Group, which monitored TV news between Sept 28 and October 16, 2000, had found that out of 3500 lines of text in total, only 17 lines referred to the History of the conflict. (As detailed in the Glasgow Media Group Book “Bad News from Israel” 2004).

It is worth noting that when facts are known people tend to change their views and some switch support.

1948 for Israelis was a war of independence “melhemet Haatzma’ut” but this resulted in the uprooting of more than 700,000 Palestinians who became refugees.

In 1948, Palestinians was “The Nakba” The Catastrophe.

Another Study by the Library of International Affairs (30th Oct 07) which Compared media articles over a period of months and reached some conclusions:

From an Arab perspective: they are freedom fighters and the Israelis are illegal occupiers.

From an Israeli perspective and indeed from the perspective of Israeli supporters: Ariel Sharon is a hero in the eyes of the Israelis. One New York Times columnist described him once as the feisty warrior, a kind of brave jolly stout fellow.

But in Arab eyes, he is a war criminal. Many Europeans and Arabs still consider Ariel Sharon as a devious and cunning politician and a murderer.

Conclusion of this section:

Different interpretations make it difficult to get the real picture. The interpretation is based on prejudices, experiences and interests of both sides.

The Power of Headlines:

The Glasgow University Media Group provided dozens of examples of misleading and inaccurate headline; however, I mention below 2 or 3 examples:

“Israel had been dragged into a war on terror.” BBC December 6th 01

Here we can see that the emphasis is on portraying the Palestinian action and the Israeli retaliation.

Palestinians are depicted as the trouble makers, the terrorists and Israel responds to teach them a lesson.

In some Western and Israeli press, the settlers are pioneers and defenders of biblical Israel.

In 2003 B’tasleem, an Israeli human rights group said: “the press often reports attacks by Palestinians but the facts are different. B’tasleem listed many examples of settlers setting up road blocks, shooting Palestinians at random burning of crops and cars etc etc.

Curfews are imposed on Palestinians never on settlers.

Violence sparked off 29th Sept. 2000 following a visit by Sharon to Muslim holy sites in Jerusalem.

He was reported as saying, “I came here with a message of peace.”

To Arabs the visit was a provocation.

President Bush described Sharon in 2002 as a man of peace

But the rest of the world did not believe him.

Samples from the BBC:

BBC November 1 01 “Sharon used every opportunity he could to attack the Arabs as terrorists.”

Amira Haas wrote, “when the Intifida began 7 years after Oslo Accord all Palestinians feel betrayed.”

Two examples of US obvious bias:

Bush uttered the following words in 2002: Sharon a man of peace. We learned later that the White House phone lines were jammed by Evangelical supporters of Israel demanding that President Bush says something nice about Ariel Sharon.

President Bush and his Secretary of State Colin Powell: “Arafat must end terrorism.” This was despite the fact that both Bush and Powell knew that Arafat was under siege at the time.

“Sharon a right wing and against peace who committed massacres.”

Anti-Semitism and the stifling of debate:

Jimmy Carter, former president and author of the book “Palestine, Peace not Apartheid” was attacked and accused of being Anti-Jewish and Anti-Semitic for writing about the pernicious impact of the Apartheid Wall.

Professors John Mearsheimer of the University of Chicago and Professor Stephen Watt, a Harvard Professor, were both criticised , slandered and boycotted for exposing the role of AIPAC and Jewish lobbies in Their book “The Israeli Lobby and the US foreign policy.”

On the other hand, Elaine Mcardle of the Boston Globe wrote recently “I was lobbied by Aipac. She exposed the tactics used by AIPAC to influence the opinion of journalists in Israel’s favour.

Writing in a pro-Israel American internet website; Lorella, an American homemaker who lived in Tel Aviv since 2001 wrote;

“We sat in our living room in Tel Aviv and watched an interview with Saab Erekat, a Palestinian terrorist.”

Saeb Erekat the chief Palestinian negotiator, a man who condemned violence and suicide bombers and was accused by Hamas and other extremists of being a friend of Israel because of his rejection of violence is a terrorist according to the Tel Aviv homemaker.

And they would rather see Rudy Giuliani dead than president.

It transpired that a Palestinian in the West Bank said to a reporter “it would be good if Hilary follows her husband’s policy of promoting peace between Israelis and Palestinians.”

July 24th 2007 on her TV program holds a book and announces, “what does the book of revelation tell us about what is happening in the Middle East.” Was she trying to explain the current Middle East situation with reference to an ancient text? Why and in whose interest? (mediamatters.org)

The China/Tibet analogy: (Counter Punch a US based internet website)

We can safely add by saying:

When we criticise the Burmese military junta, we are not accused of being anti-Burmese or anti Buddhism.

We often criticise Robert Mugabe or Parvis Musharraf but we are not told you are anti the people of Zimbabwe or anti-Muslims of Pakistan.

To criticise the Iranian leadership does not mean you are anti-Shiite or anti Farsi people. When we criticise Hugo Chavez are we being haters of Venezuelan people?

Why is it then, when someone criticises Israel he is accused of being Anti-Semitic and Anti-Jewish.

The reporting of the killing of Mohd Al Durra:

(The image of young Mohammad al-durra dying in the lap of his father struck down by Israeli bullets on Sept 30 2000 was fake according to Israeli apologists).

Concludes that the entire episode was staged, but he did not offer convincing evidence for his conclusion. (theaugeanstables.com)

Natan Sharansky chairman of the Adelson Institute of Strategic Studies at the Shalen Centre in Jerusalem cast doubt on the Al-Durra incident. He blamed a French journalist for inflaming passions against Israel. In the same piece, he denied the Jenin massacre. But failed to explain why journalists and foreign aid workers were barred from entering Jenin for several days. Israel also refused to receive a UN commission of enquiry.

Natan Sharansky was concerned that American students he had met in New York were troubled by the Al-Durra incident.

Gideon Levy’s wrote an editorial article in Haaretz at the time “as far as we can remember, there has been no other case in which Palestinian fired at the IDF and hit a Palestinian child.

He was savaged by the cover-up brigade.

POLITICIDE, a book by Baruch Kimmerling and George Wise

Two distinguished Professors (University of Toronto, and the Hebrew University)

“Sharon’s objectives in the 1970s were to kill as many civilians as possible. Emphasise civilians (page 62)

Page 74: “intentional killing of civilians is a war crime.”

“Palestinians are a cancer and the war against them is chemotherapy.”

Page 194 examples of the violations of the 4th Geneva Conventions: “Israel prevented emergency food into Hebron during the curfew.” Preventing medical aids and ambulances reaching Jenin and Ramallah etc.

Page 205: Israeli actions are designed to provoke and irritate Palestinians to make them hate Israel more and more and desire revenge. This can be exploited by Israel in two ways first to show that Palestinians are not real partners for peace and secondly to create more facts on the ground as way of punishment i.e. expanding of settlements and confiscation of land etc.