“It was a real tragedy for villagers and farmers in Dasht-e Azadegan County, Khouzistan Province (southwestern Iran),” said the director of the County’s Cooperative for Agriculture and Natural Resources, a state organization responsible for agricultural land management.

“Tens of thousands of hectares of agricultural land have been swallowed up and destroyed and all livestock is dying,” added Hossein Marmazi in an interview with the Semi-Official Press Agency, ILNA, on 6 April 2019.

This director complained about the incompetence and laxity of the authorities, saying that they were content to give orders to evacuate the towns in the county, “even though it was not that simple! Tens of thousands of people live in each of these cities.” 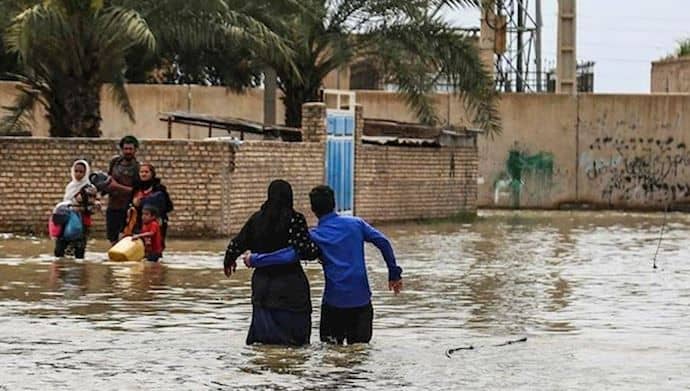 “These people don’t know where to go! They do not know what to do when they have no money with the prices that are devastating. Who will house them? If they don’t move it’s because they have nowhere to go.”

Marmazi revealed that experts from his cooperative had been warning the authorities for seven months that floods will occur in early spring. “We insisted that the marshes and moats must be dredged and that in the event of a flood, towns, and villages will be swallowed up under water. Nobody listened to us,” Marmazi says with regret.

Marmazi revealed that experts from his cooperative had been warning the authorities for seven months that floods will occur in early spring. “We insisted that the marshes and moats must be dredged and that in the event of a flood, towns, and villages will be swallowed up under water. Nobody listened to us,” Marmazi says with regret. 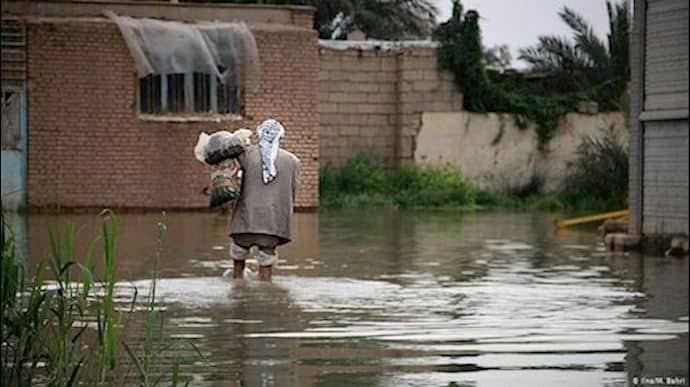 After the floods that destroyed Pol-e Dokhtar’s urban infrastructure, the inhabitants of this city (like those in other affected areas) continue to express their anger against the laxity of the State, both in predicting evil and in delivering relief.

The inhabitants, many of whom have lost all their belongings, including their homes and shops, hold the power in place for the cause of their misfortune.

Nevertheless, authorities in Lorestan province (western Iran) have brought a thousand members of the riot police to Pol-e Dokhtar, one of the province’s most devastated cities, on Wednesday and Thursday. 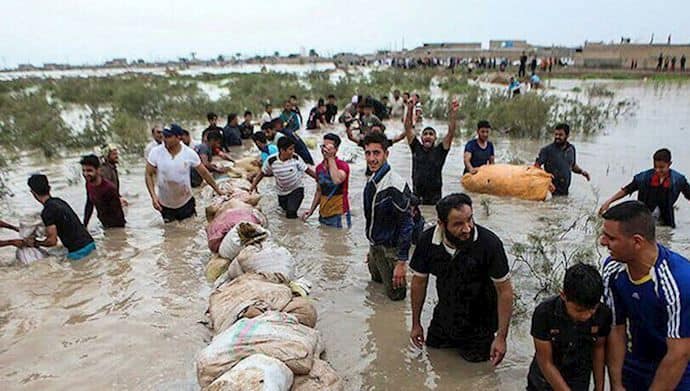 These forces have established themselves at the entrances and at the main intersections of the city. “They have no role in the emergency relief that the city had requested, they are only there to repress any possible protest movement,” says a Pol-e Dokhtar resident. The deputy chief of the provincial police acknowledged that “security is our priority at Pol-e Dokhtar.”

“We have brought in several brigades from neighboring provinces as reinforcements and have set up mobile patrols and checkpoints throughout the city to maintain security,” added General Ayub Soleimani. 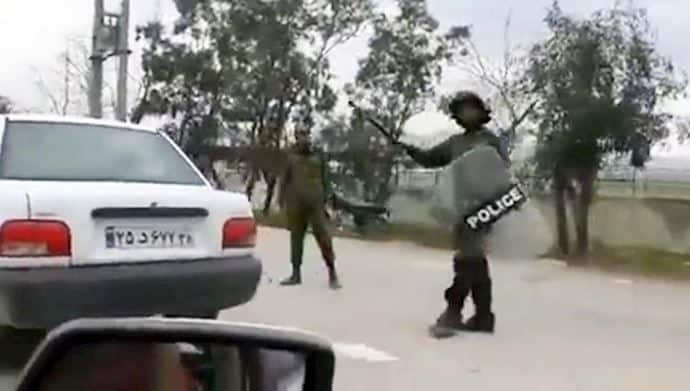 However While the mullahs’ regime in Iran is under heavy criticism and facing numerous protests for its inactions in the face of rising floodwaters across Khuzestan Province, one report indicates the locals of Howayzeh rushing to the support of flood-hit areas in the town of Bostan, delivering over 1,000 sandbags to help protect the area.

“Two weeks have passed since the floods began and the situation in Iran remains highly critical. The mullahs’ regime’s inaction in the face of the extent of this national disaster has not failed to anger the population.”

The regime has not taken any action to resolve the problems associated with the disaster. Despite visits by government officials to flood-affected areas and unfulfilled promises to residents, no concrete assistance was provided to the Iranians.

Meanwhile, resistance units have mobilized in Iran for the victims of the recent floods. On the ground, since no government assistance has reached its destination, the Iranians are grouped into local councils to deal with the consequences of the flood. The formation of these local councils took the regime by surprise and scared it. Indeed, if these local councils develop into larger organized movements, they become a threat to the regime. A regime that has already been very unstable for a year and a half and that these new local councils may well shake.

Mrs. Maryam Rajavi, President-elect of the National Council of the Iranian Resistance, spoke of a national disaster and called on the population to mobilize to help each other in the face of the authorities’ inaction.

For her, religious tyranny is responsible for the devastation of the environment, the destruction of forests, large-scale theft, the exhaustion of capital in repression, terrorism and war. She also added that the resources of the army and the IRGC, as well as all the means of the government, must be made available to the population. Finally, she called on the international community to put pressure on the regime to pave the way for foreign aid.