The US is pressing allies to end all imports of Iranian oil by a November 4 deadline and does not want to offer any extensions or waivers as it follows through on US President Donald Trump’s decision to quit the 2015 Iran nuclear deal.

The Trump administration decided to Cripple Iranian Oil Exports by the November, 4, Sanctions.

In the meantime, economic upheaval and political Unrest rocked the major cities in Iran. Thousands of protesters have taken to Iran’s streets. Protesters in cities and towns across Iran have concentrated on high prices, unemployment, and corruption.

According to Iran News Wire Depositors of the Padideh Shandiz International Tourism Development Company (known as Padideh Shandiz) who lost their savings held a protest gathering yesterday in Mashhad.

The Padideh Shandiz is an Iranian private joint-stock holding company active in restaurants, tourism, and construction.

Reports indicate that in January 2015, a prosecutor in Mashhad accused the company of a “fraud” worth $34.3 billion.

The depositors, many of whom were women, gathered outside the Khorasan Razavi Provincial Office demanding their money back.

The protesters chanted, “Sell Padideh and give us back our money.”

In videos circulating on social media and also Iranian websites, security forces were seen detaining protesters. It’s not clear how many of the Padideh Shandiz protesters were arrested.

A woman was heard in a video shouting, “leave him alone!” addressing police officers who were detaining protesters.

There were also other protests today in Iran.

Taxi drivers in Zanjan Province located north-west of the capital gathered outside the Judiciary refusing to work. They were protesting low fares and the high price of car maintenance which makes this line of work unprofitable.

Reports from Iran also indicate that farmers in Isfahan Province’s Najaf Abad lined up their tractors as a sign of protest in the town of Juzdan. They have been protesting water rights and water shortages for the past few months but their grievances have not been addressed. 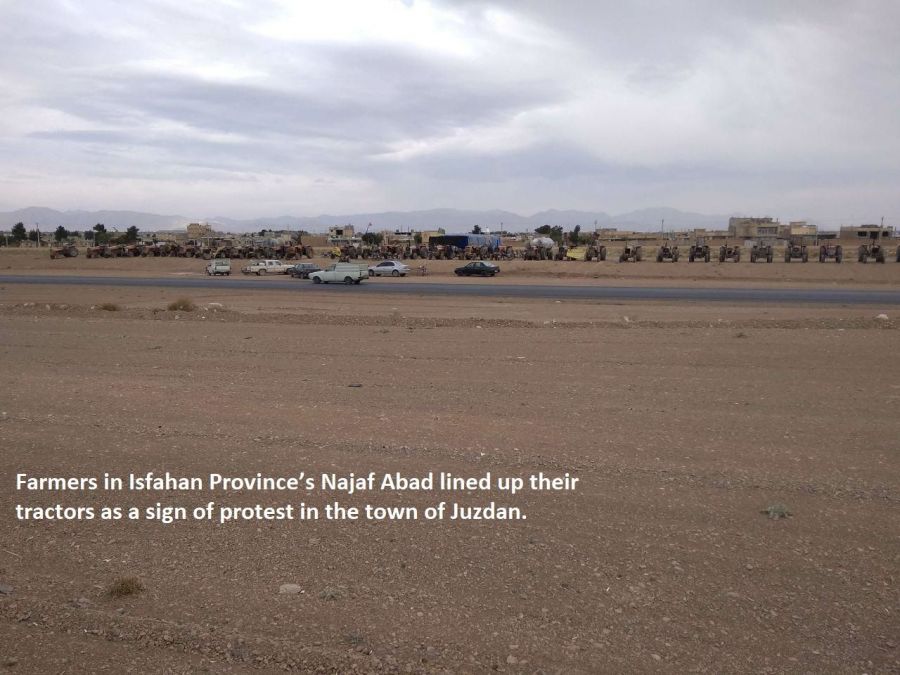 Farmers in Qahdarijan, another town in Isfahan also gathered in protest to the water shortage yesterday.

Coronavirus Situation in Tehran Beyond Critical and Red