Riyadh, Saudi Arabia – Riyadh based freelance journalists Waqar Naseem Wamiq and Fateen Obaid were selected by the Finnish Government for a Media tour and visited Finland in connection with their 100 years of independence celebrations.

The media team also met with Saudi teachers currently training in the world’s best Finnish teaching methods and practices that could be applied in Saudi Arabia. Teacher training and reform of the education system are at the center of the great Saudi Arabian “Saudi Vision 2030” reform plan.

Riyadh-based prominent Pakistani freelance journalist Waqar Naseem Wamiq shared his experience. “Finland is the most innovative country and ranks among the three strongest health technology economies in the world and the 2nd most competitive country in Europe. There are more engineers per capita than any other country in the world and Finns enjoys one of the most advanced and expansive applications of digital technology in education, the world is being benefited with Finnish inventions & technologies in the past and now the world should experience more Finnish innovative ways,” Waqar Said.

Waqar thanked the Finnish Ambassador to Saudi Arabia, Pekka Voutilainen and the Government of Finland for selecting him on this important centenary occasion and congratulated them on completion of their 100 years of independence. He also mentioned that it was the second batch of journalists that visited Finland this year, the first batch consists of Mouhab Al Awwar and Cyma Azyz.

The media team was welcomed by senior official Helena Kiiskinen & Communications Trainee Juuso Heinamaki from the ministry of foreign affairs of Finland and Samuli Ojala Communications Trainee Finpro/ Finnfacts. The team has been honored with the official badge of SUOMI 100 years. There were also official reception dinners mainly attended by Pekka Puska, Member of Parliament and Chairman of the GCC group and Mr. Antti Loikas, Commercial Counsellor, Department for Africa and the Middle East.

Finnish Ambassador to Saudi Arabia, Pekka Voutilainen, and Deputy Head of Mission, Vilma Peltonen, congratulated the journalists on their successful visit and thanked them for taking an interest in Finland and their innovative ideas. 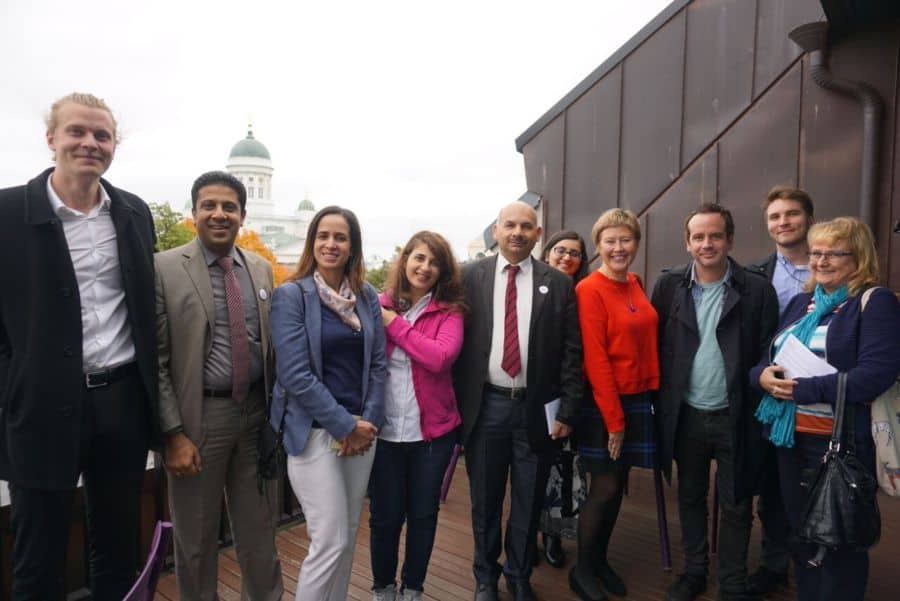